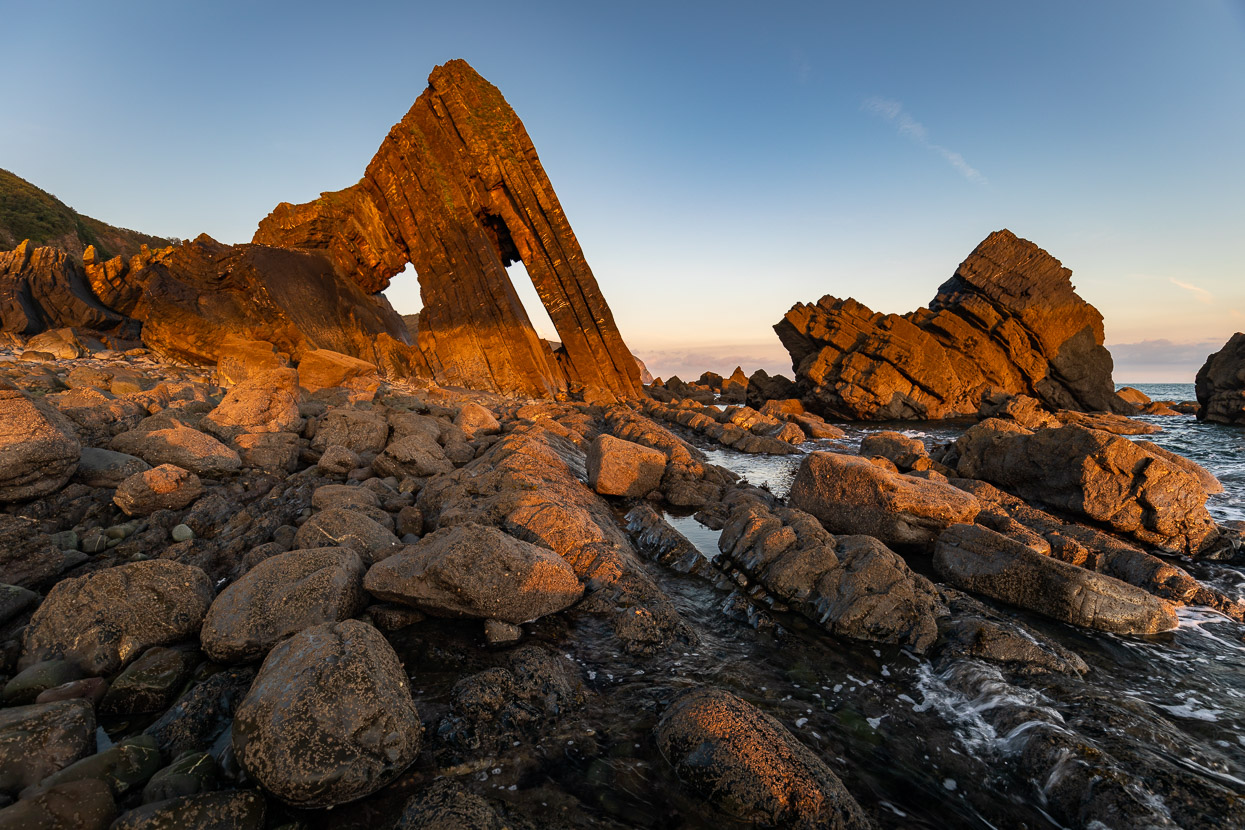 Yesterday morning I ventured out to Mouthmill Beach near Hartland to photograph the iconic Blackchurch Rock. I have been there a few times but never for sunrise. There were so many stars visible from the Brownsham car park that I almost got my camera out to photograph those instead! It was pitch black, I was glad I had my head torch walking down the woodland path to the beach.

Arriving at the beach with plenty of time before the sunrise I was greeted with the familiar view of Blackchurch Rock. It is always impressive to see; often photographs don’t do its size justice. The sun was rising behind the rock formation and the ebbing tide was just low enough to carefully get out among the rocks. Because of the light the rock was silhouetted against the dawn sky. 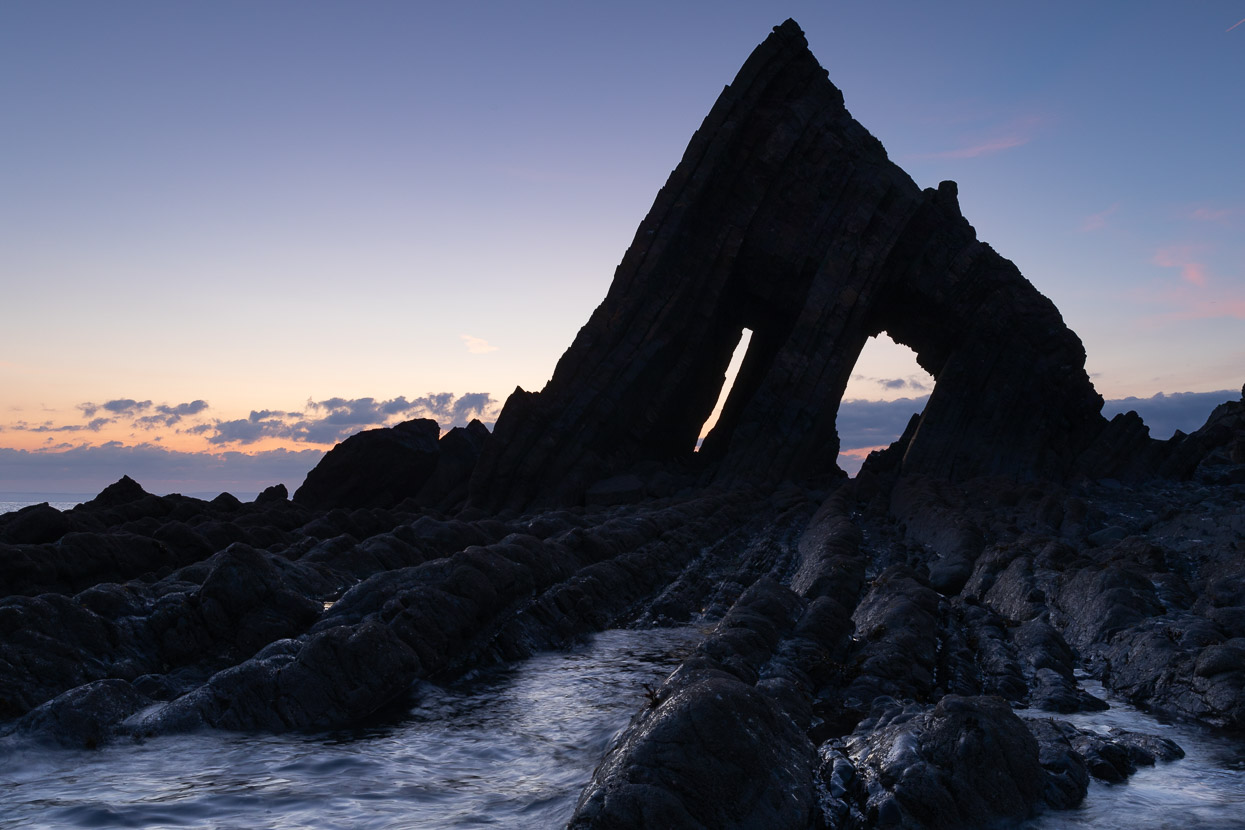 Making the most of the light

My plan to make the most of the light was to photograph the more traditionally seen side of the rock before the sun breached the horizon. This meant that while silhouetted I could still capture some detail in the rocks. I then made my way to the other side of the rock. Less people photograph the other side of Blackchurch Rock for some reason. This was a perfect opportunity to make the most of the light that would illuminate the rocks as the sun rises. 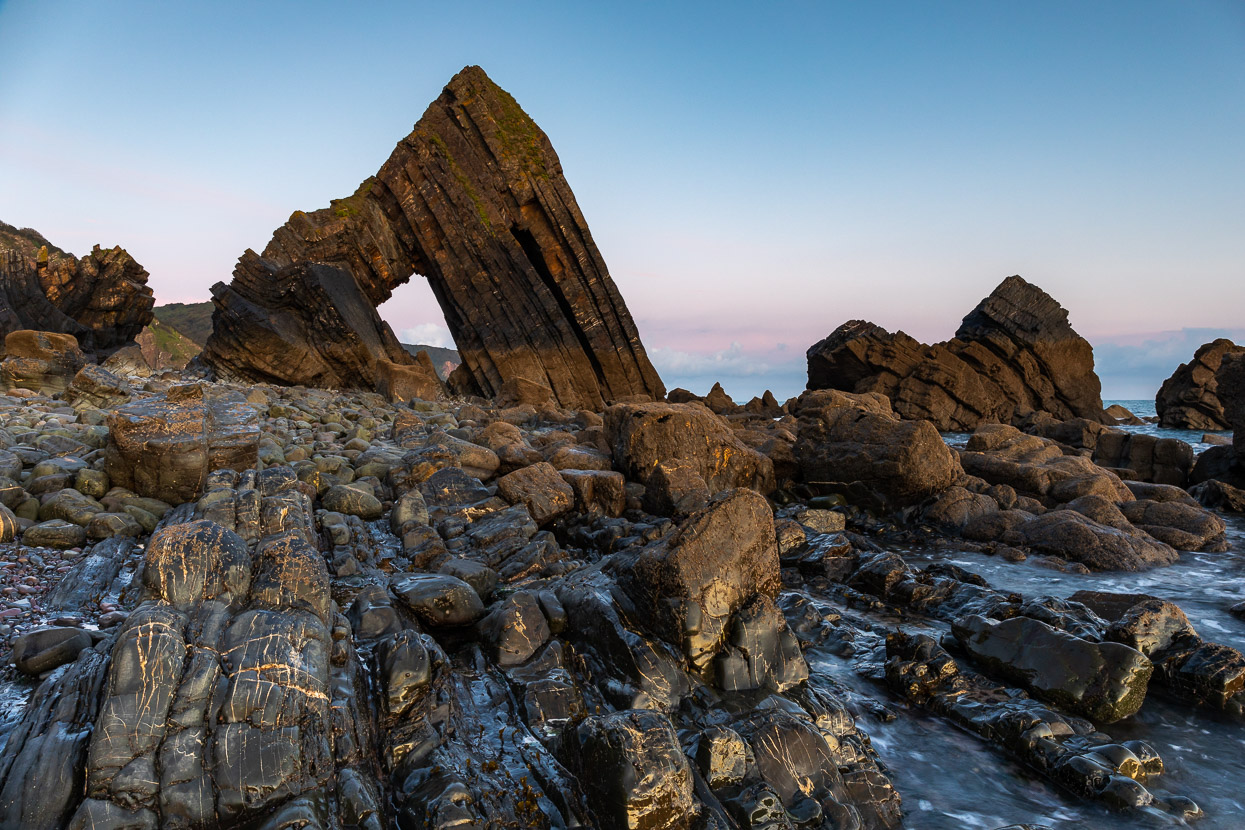 Blackchurch Rock from the east where the rocks are more dramatic and varied.

The rocks on the west side of Blackchurch Rock are fairly uniform in their patterns, while on the eastern side the rocks are much more chaotic. It has a lot more character and more unique compositions available. In the photo above the rocks were just catching the first glimpses of daylight as the scene unfolded before me.

Once the sun rose, I captured the main photo of this post. The sun illuminated the rocks while there were also dramatic shadows due to the large rocks scattered on the shore. I love the leading line of the illuminated, barnacle encrusted rocks that go toward the main rock formation. Hiding in front of giant rocks where possible I tried to minimise my shadow in the scene. However, this wasn’t always possible. I managed to get some great images including some for stock sales etc. When photographing a scene at sunrise or sunset remember that it is also worth looking away from the sun.