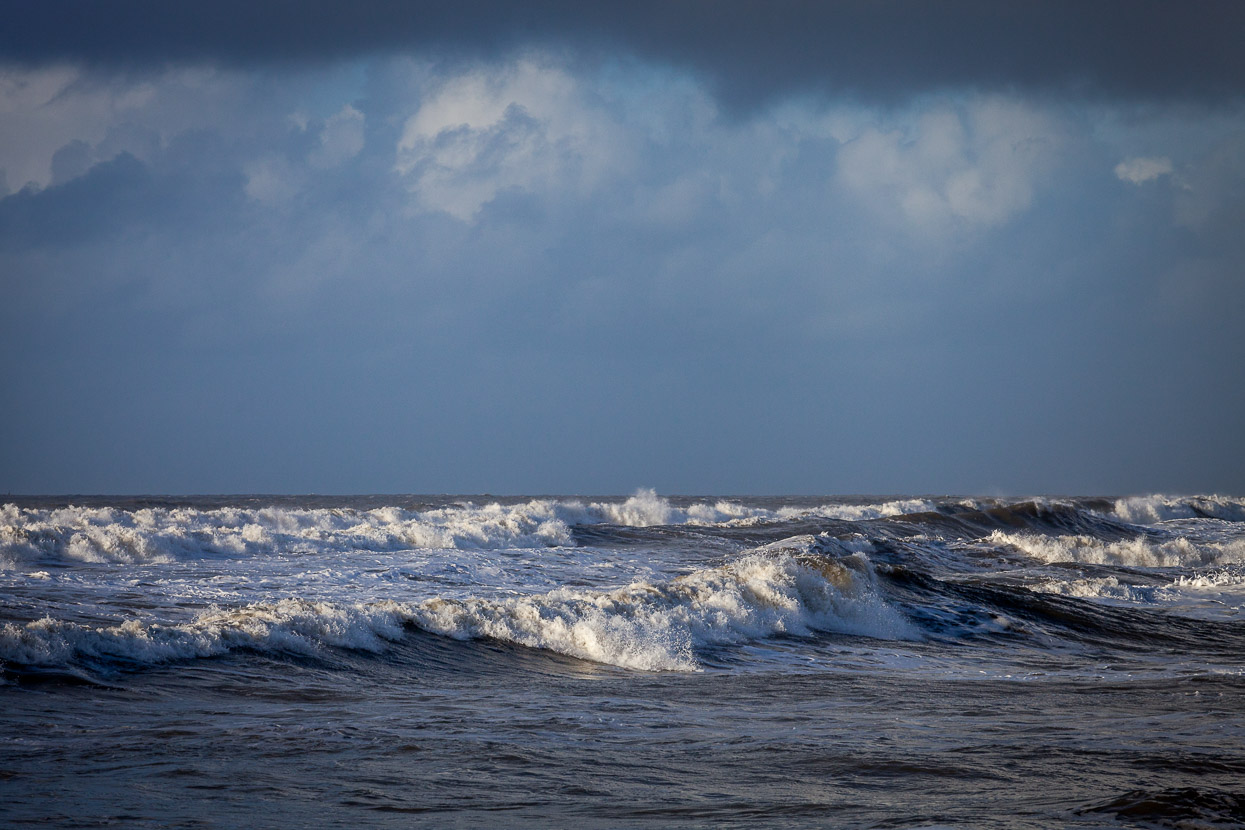 I went to Westward Ho! beach to photograph the sea today. I love photographing seascapes but have spent most of my time on Dartmoor of late. After several weeks of terrible weather it was great to get out for an hour or so to blow the photographic cobwebs away. The weather was quite changeable still and I did get soaked in the rain once. I certainly tested how weather-proof my camera was!

The waves were a good 6 foot plus

The tide was just starting to head out when I got there; due to the wind direction, the waves were a good 6 foot plus and rolling in from the Atlantic with vigour. I was shooting with my 70-200 lens to try to isolate sets of waves; especially trying to catch the spray off of the top of the waves as they began to roll. Shooting with quite a high shutter speed meant that I got some quite spectacular close-up shots of the waves too; the forms in the water are surreal. It is almost tempting to make a small project out of these high speed water sculptures, that have a fleeting life.