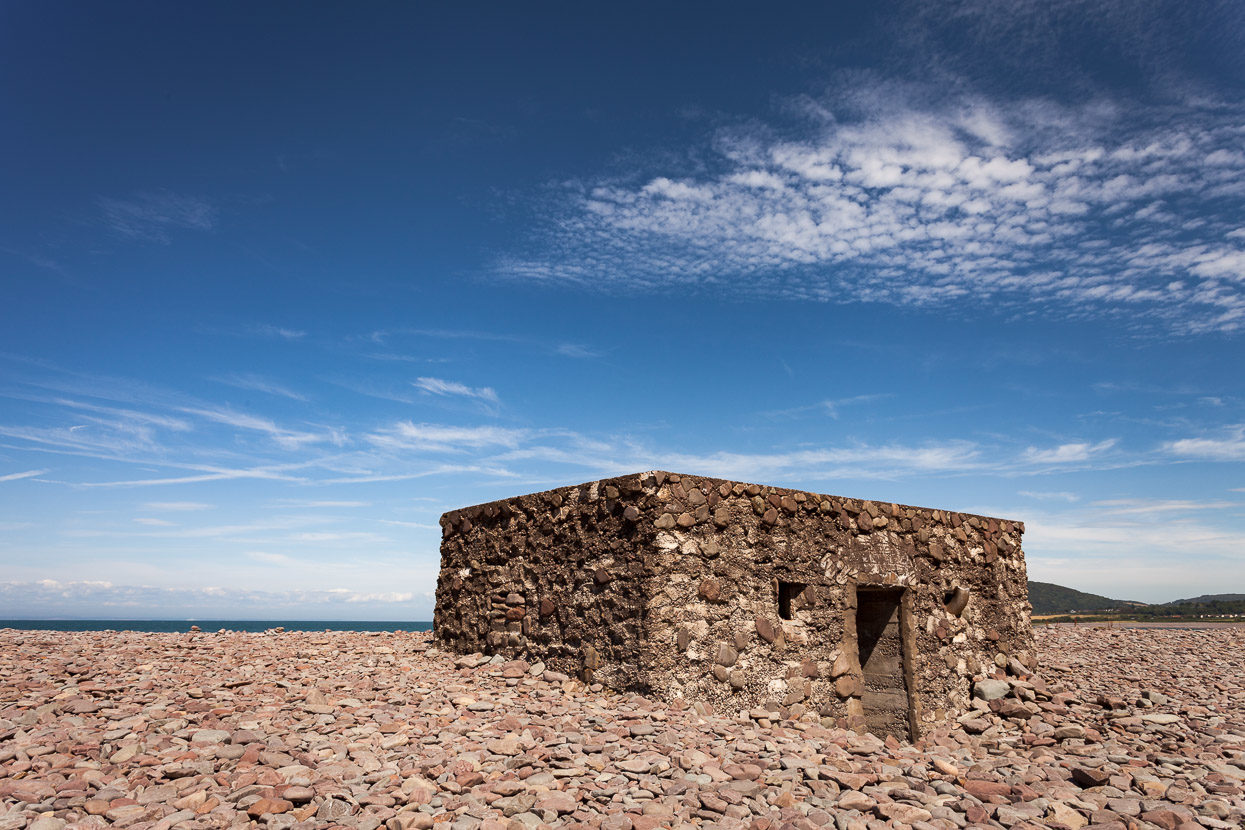 I ended up at Porlock Weir on my last outing around Exmoor. As well as taking more traditional photos I also took some of this world war 2 Pillbox that is an unmissable feature on the pebble beach. There are 2 of these Pillboxes that I know of on Porlock Weir but one of them is in a lot worse condition; looking like it has subsided into the beach.

I tried to create a shot that made the structure imposing, while still showing the Bristol Channel, that it looks over. I quite like the post processing and am quite happy with the end result of this highly photographed element of the Porlock Weir area.