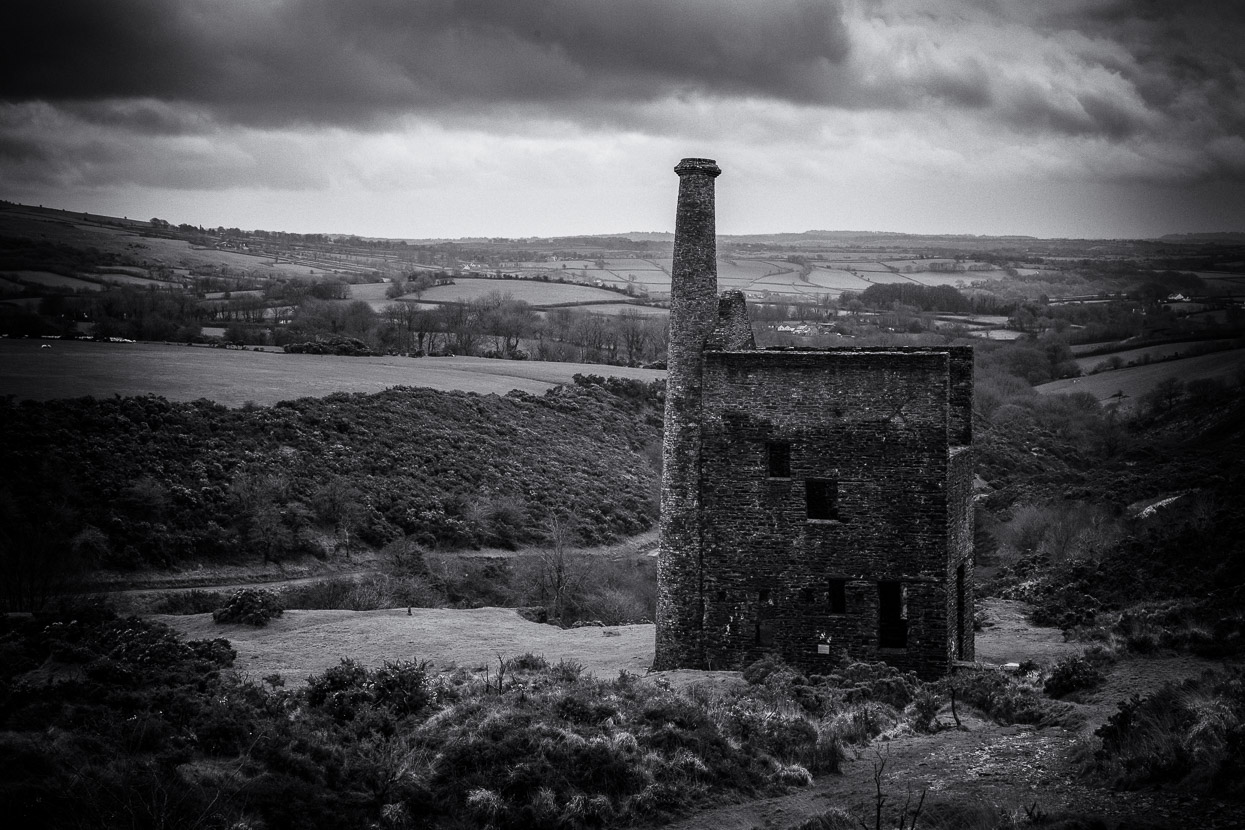 As has been the norm so far this year, it was raining again at the weekend. I headed to Dartmoor on Sunday in the small window of time where there were showers forecast rather than solid rain.

My umbrella was bending in ways that it shouldn’t

I started off at Wheal Betsy; I have only photographed this once before and thought that it might be an OK subject for black and white. Once the rain paused, I headed up to the remains of the old engine house; This was quite difficult as I have injured my foot. The wind was howling and the umbrella that I bought to keep my 5D Mark 2 dry with was bending in ways that it shouldn’t. I managed to get a few photos and played with different compositions; none of the photos were great though, but that’s landscape photography! The journey was nice and I enjoyed taking the photos.

I took this photo using my Canon 70-200 F4. The wild angle of my new 16-35 is great; However, I wanted to try to get photos without perspective distortion on the pictures of Wheal Betsy. Due to the chimney and the way it leans it accentuates any abnormality in perspective, which in this case I don’t like.

I am thinking of making a little gallery up of photos taken on rainy days. I have got a fair few that I am happy with and it has been prominent in my photography so far this year due to the wet winter that has hindered landscape photographers across the country.