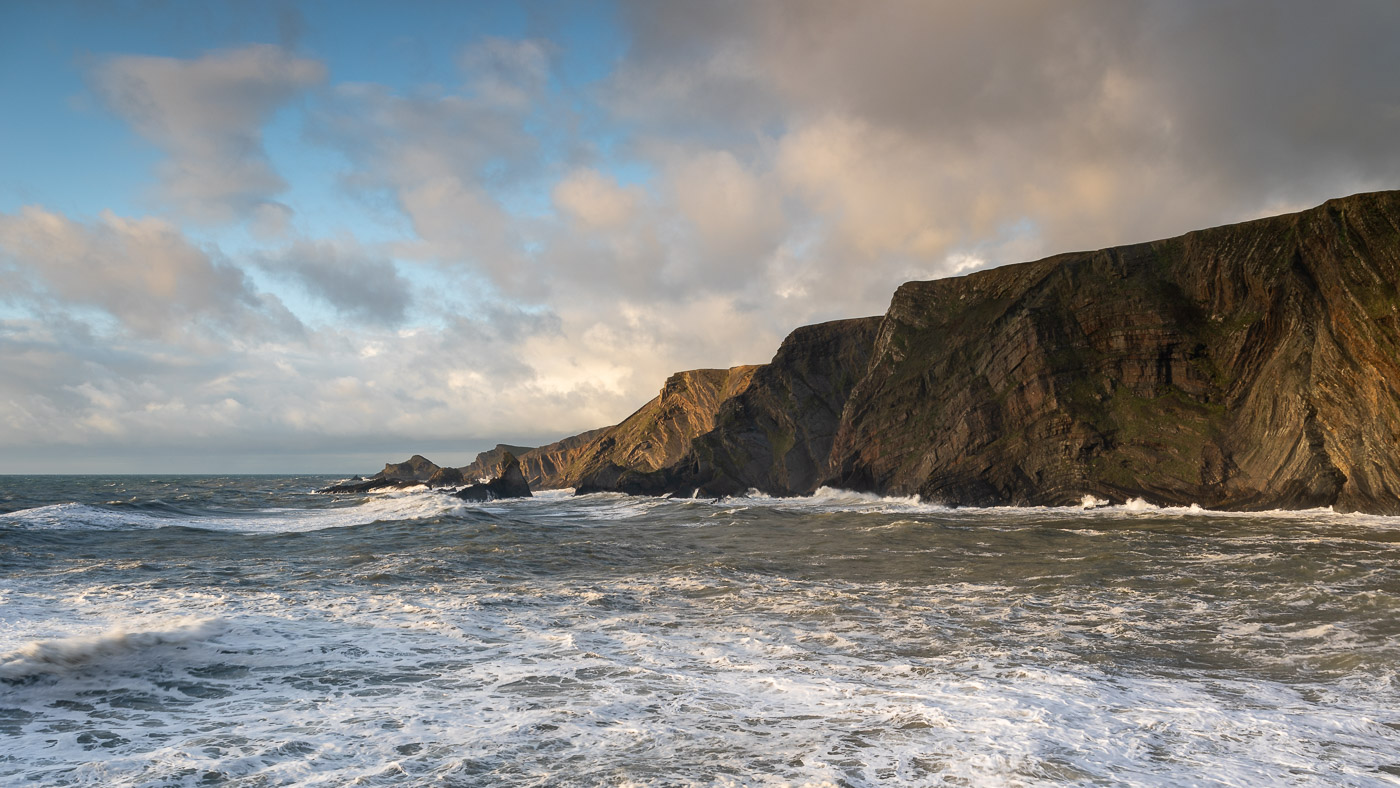 Before the sun begun to set on my last trip to Hartland at the weekend I photographed the cliffs that form the coastline. While there is a little blue sky, I like the drama and love the light in this photo. I love the way the dramatic light washing across the cliffs gives it a real sense of dimension, with the contrast of light and dark. The clouds were moving very fast due to the wind so the light along the cliffs was fleeting.

I chose to crop this image to 16 x 9. In the full size image, there is more drama in the sea as waves crash over the slipway. However, I felt that this unsettled the composition. I wanted the coastline to be the dominating element of the scene, and with the current crop it feels more balanced. At the time of shooting I did consider a panorama, but I didn’t want there to be inconsistency in the waves during blending.

Choose what to exclude in your composition.

It is important to remember that what you choose not to include in your photographs can have as much impact as what you include. Of course, only you can decide on what you are happy to have in your shot. It isn’t always possible to work around some elements and it can be harder to spot some of them through a viewfinder. When I photograph seascapes I often take several exposures of the same scene to try to capture the most complimentary waves in a scene. If you haven’t already read it, why not read my other seascape photography tips.