At the weekend I returned to Crow Point with my sons to photograph the Braunton Burrows, the beach, and of course the shipwreck that rests in the sand on the point.  The wreck is quite popular; often featuring in photographs taken by locals and visitors alike.

We began by walking through the dunes of the Braunton Burrows. I was trying to capture them in a photo that could show the scale of them. I think it would have been a little easier to convey if a person was walking on the distant peak on the left. 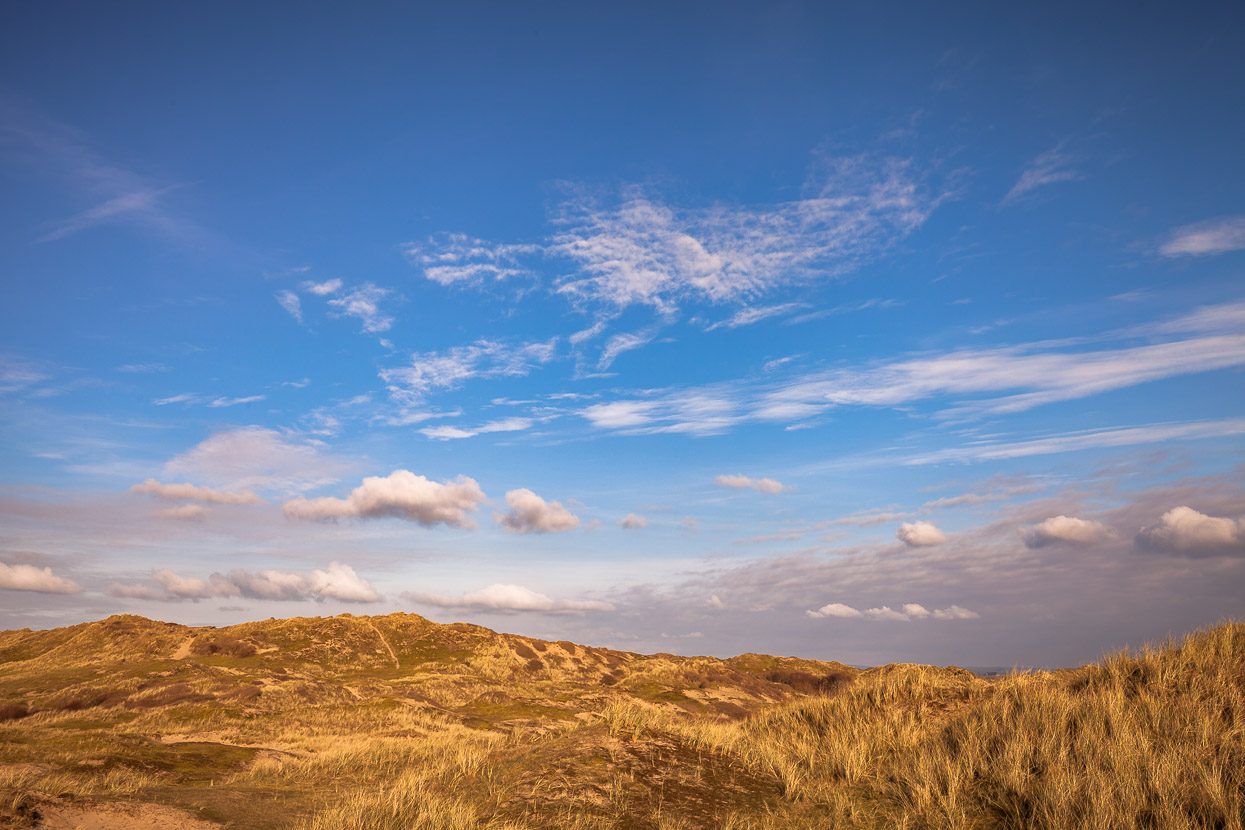 Sand dunes at the Braunton Burrows

Once we had walked around the dunes taking pictures we made our way to the beach. I like how the dunes form the bay of the beach from this point of view. In the background off in the distance is Instow, where I have spent many an evening with my camera.

A view of the bay 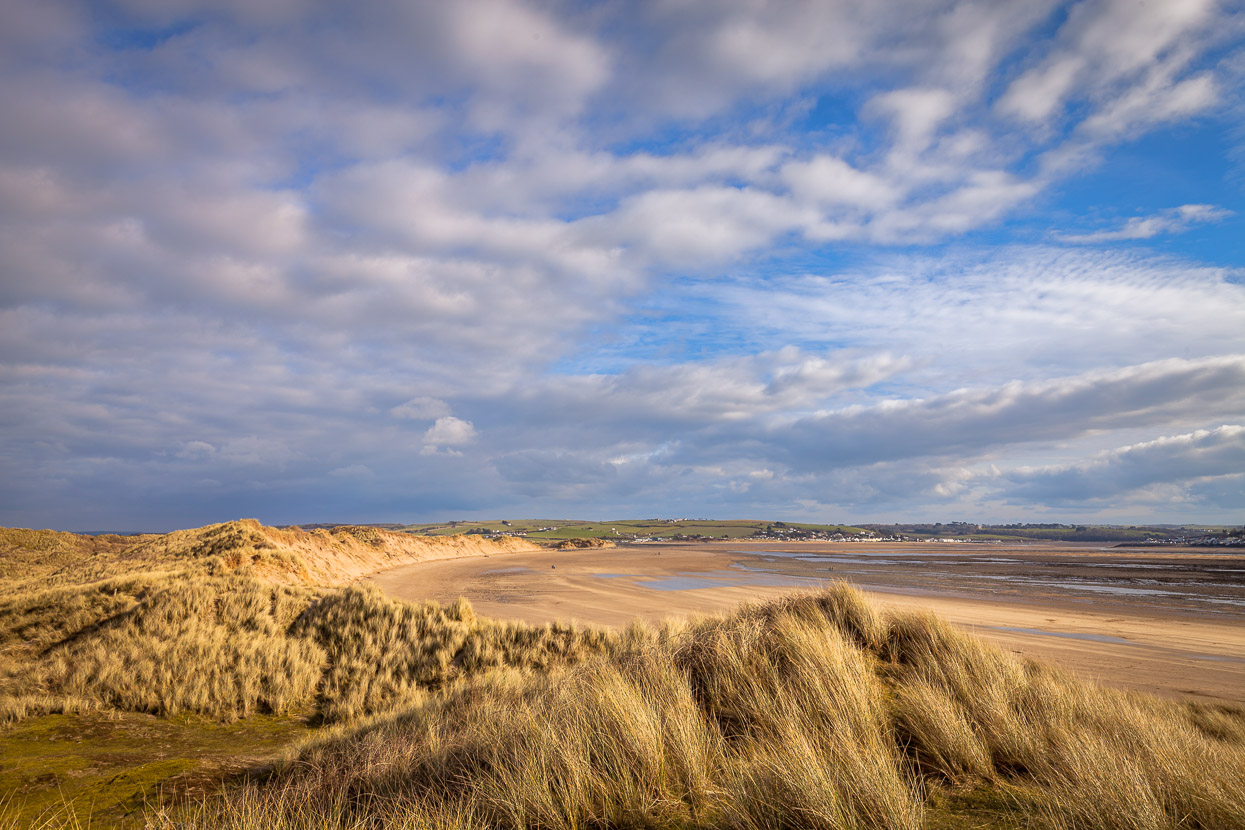 View of Crow Point beach from the sand dunes

When the tide is out the beach is huge. I love how the patterns form in the sand around the pebbles and shells that litter the beach, and how the dunes stretch off into the distance. When you are there walking it is quite deceptive; walking to the point takes much longer than you would think. We didn’t make it that far though because my youngest son was getting bored! 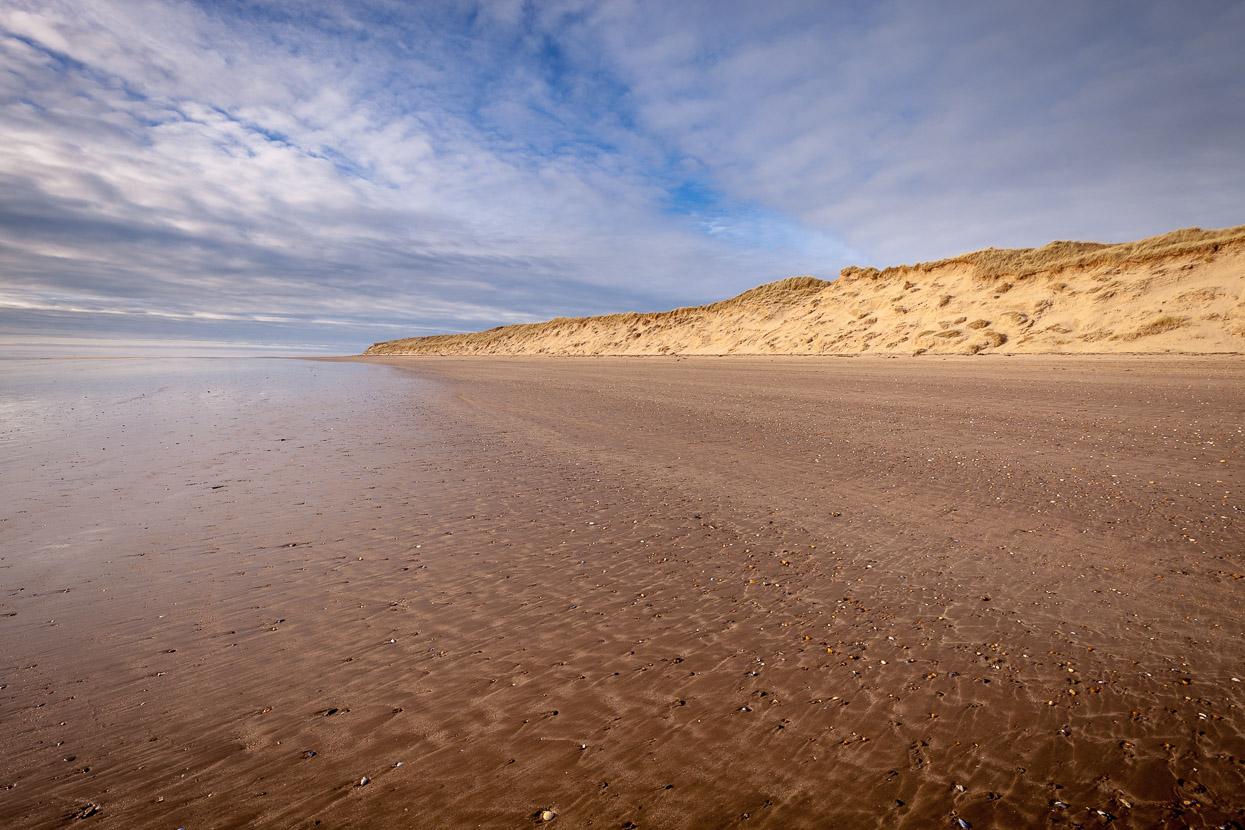 When we eventually got to the shipwreck the late afternoon light was beginning to turn, with the sun breaking through the clouds on the horizon. This wasn’t visible when we got to the wreck as it is obscured by the dunes.

I managed to get a few different compositions of the wreck, which has changed quite a lot over the years as it gradually degrades. This photo was taken from a low perspective to allow the bow to be prominent above the horizon, which makes even more imposing. I think this is one of my favourite photos of the wreck and think it suits black and white. I might even get it printed at some point.

The shipwreck at crow point

In some ways I quite like the footprints; it makes the scene look even more desolate because the passing traffic has gone as well as the boat’s prime. I would love to get to the wreck one day without a single footprint blemishing the sand. If you haven’t photographed the wreck and the rest of Crow Point it is well worth a visit, and the parking and toll road fee of just £1.50 is a bargain.

This is just a few of the photos that I took and I still have loads to process. I went to Brixham and Dartmoor the day after too so had a very productive weekend. I would love to hear what you think about longer posts with more photos and hope it is more interesting and tells a better story about my outings. Often in the past I may have just posted one photo, and the rest may not even see the light of day. I really need to print more of my work because at the moment most of my photos just sit on a hard drive doing nothing. How many of your photos do you print out, or do most of your photos not get seen by others?