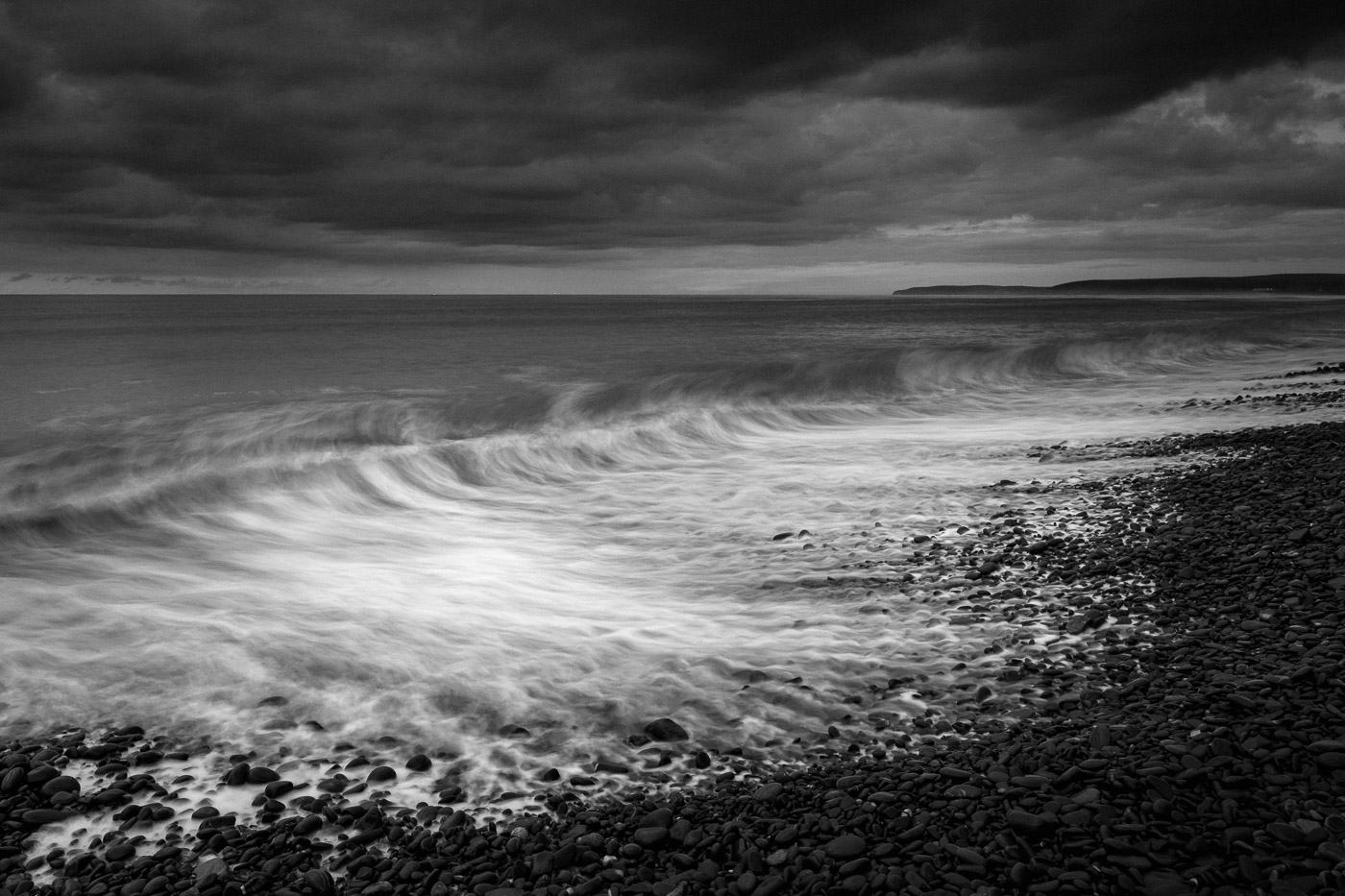 I was determined to get out with my camera having not done so since returning from our holiday in Scotland, so despite the absence of any real golden hour potential I went to Westward Ho! for the last of the evening light.

The tide was just about fully high which meant that the sea had covered the sand and was crashing over the boulders that form part of the sea defence.

I wanted to capture the mood and motion of the scene while capturing the crashing waves as they retreated back down over the boulders. I like the leading line along the boulders and the wave that is in mid roll. The waves were quite high so I didn’t want to chance staying too close to the sea. Normally I like to take shots where it looks like I have got my feet wet. I really like this composition and think the mood is represented well in black and white.

You may not have seen that I now have a photography YouTube channel. It is in its very early stages and I am still getting to grips with it. It has been great fun so far, and I have already surpassed my first goal of 100 subscribers. Why not check it out for yourself here.