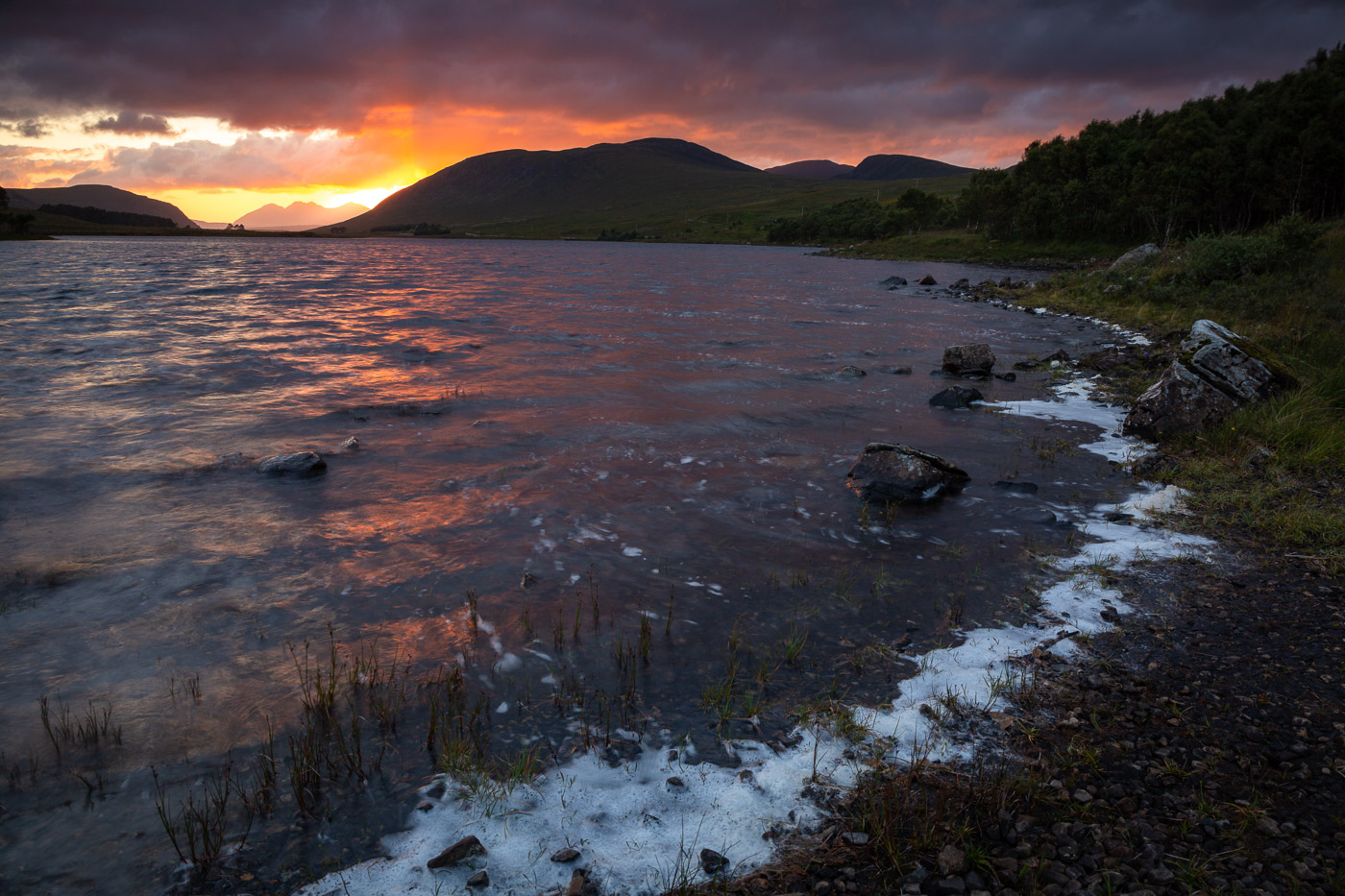 Standing on the shore of Loch Droma in the Scottish Highlands, I watched the sun set behind Meall Leacachain. The weather had looked like a break in the clouds wasn’t imminent where we were staying near Beauly. However, the forecast was showers, so I headed out west to a few previously scouted locations. I wanted to make the most of my time in Scotland. By the time I got to Loch Droma, the light was beginning to break through, but the sun was already heading to beyond the horizon. I grabbed my camera gear and ran down to the shore of the Loch. I was hoping to include an island of trees in my composition, but the light was from the wrong direction; the trees are more suited to a sunrise shot.

Wind over the loch

The wind was howling along the loch, which made capturing anything a bit of a challenge. I captured a couple of different compositions but really like this one. I like how the curve of the water hitting the shore leads to mountains beyond and the glorious light back-lighting them. Shortly after this image was created, the light began to fade into more subdued tones as darkness strengthened its grip over the Scottish Highlands. Heading home, I was chuffed that I had not missed out on an amazing scene to capture and witness.