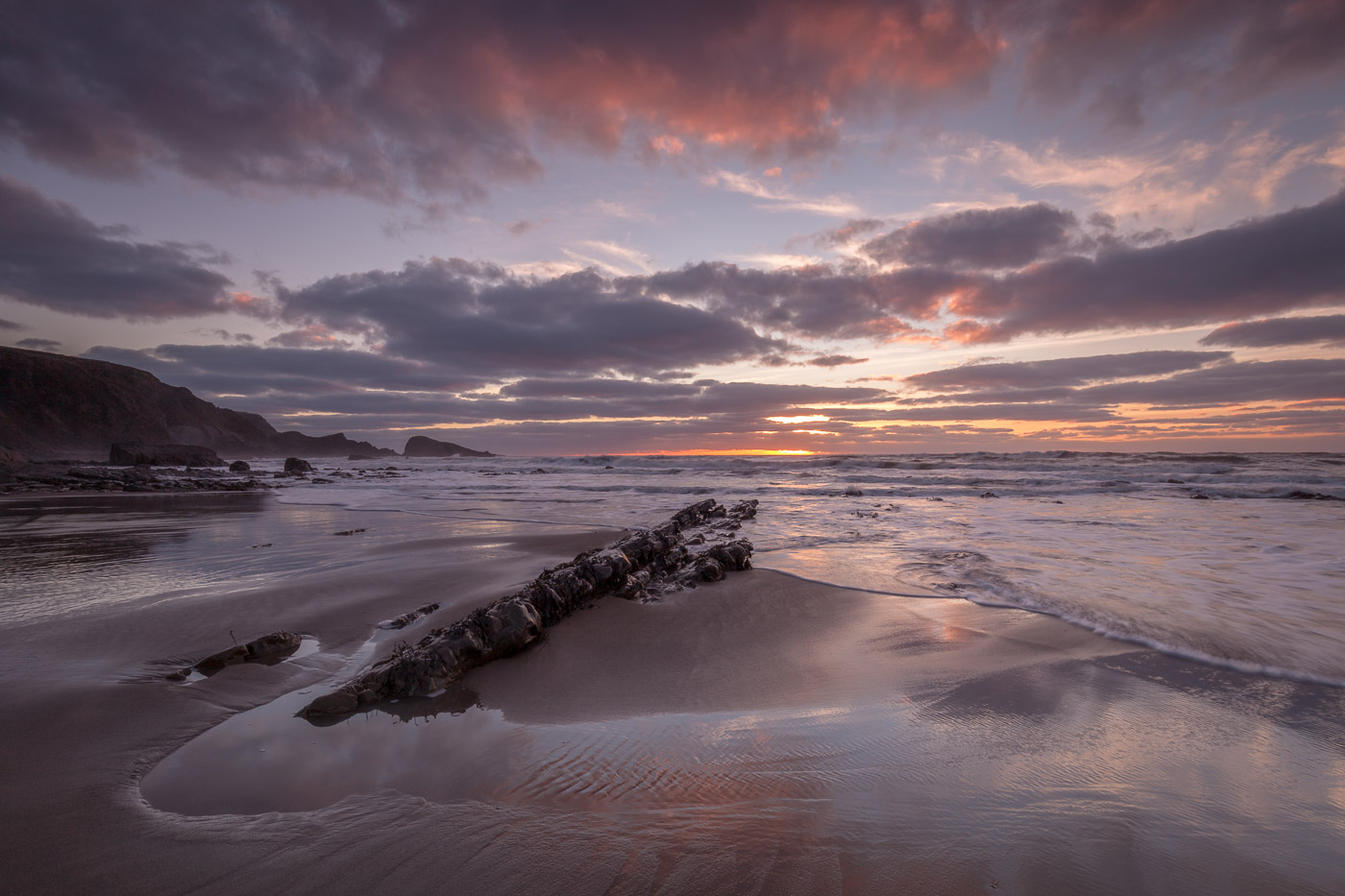 The light was stunning when I arrived at Welcombe Mouth Beach in North Devon to photograph the sunset. I was originally going to Westward Ho! but the sun was going to set in the wrong direction, which I had failed to check in my haste to leave! Welcombe Mouth is a bit off of the beaten track for most tourists and is great for its surf and sandy beach, which is revealed as the tide ebbs. The angle of the beach is really gentle which means the waves can reach far onto the sure, which can sometimes catch people by surprise. This is why I wear wellies there if I am going down onto the beach. A great example why is this photo that I posted on my Devon site.

Ripples in the sand left by the sea

I chose this composition because while I wanted the long finger of rock to be one of the focal points. However, I wanted to include the pool of water and the ripples in the sand left by the sea as it crept in and out across the sand. I just waited for the waves to be in a relatively pleasing position to complete the photo. I feel that the scene has loads to offer, leaving my eyes wandering around the photo noticing different elements.

One thing that is difficult to capture in one image is the way the water from each wave seeps into the sand, gradually disappearing until the next wave takes it’s place. It is almost hypnotic to watch but one photo just isn’t able to do it justice.

The fingers of rock that lead out to sea

Another great feature on Welcombe Mouth Beach is the fingers of rock that lead out to sea. These make strong compositional elements and often feature if photos of the beach.

I really recommend that you visit the beach if you are in the area, be warned though, the last bit of road down to the small car park is rough and will test your car’s suspension. The effort is worth it though! The South West Coastal Path also goes past the beach. Here is a map of where the beach is. If you find the map useful let me know in the comments and I will add them to more photos.

An Afternoon on Exmoor