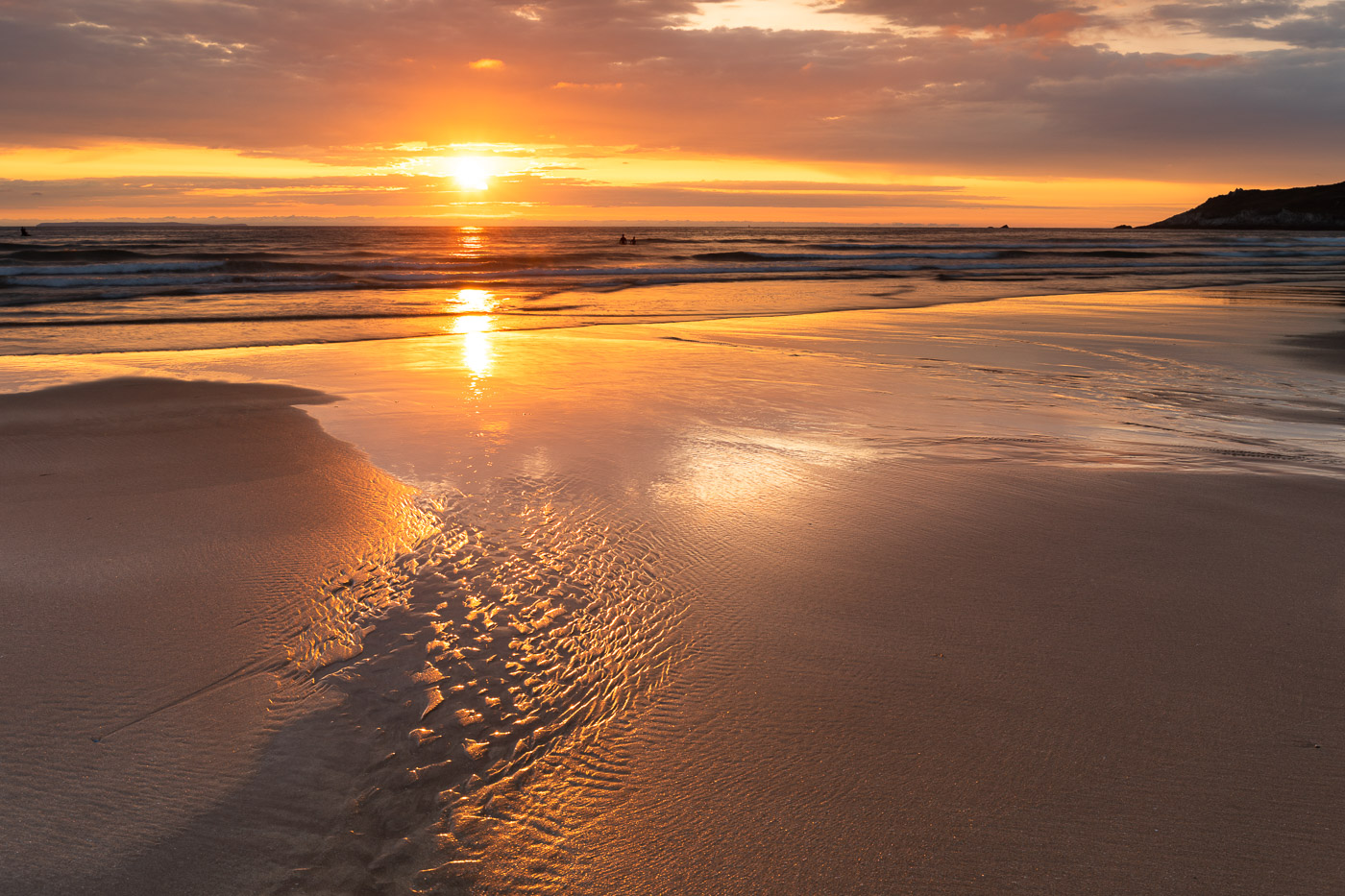 I went to Combesgate Beach to photograph the sunset. I haven’t been there for years, but it was every bit as beautiful as I remembered. It was just about low tide as the sun was setting which meant there was plenty of freshly exposed sand to use in compositions. The beach is next to Woolacombe but generally much smaller and quieter.

While there were bands of cloud the sky looked like it had potential for some nice light. I headed down the left-hand side of the beach along the rocks towards the sea. This way I could get the light on the rocks while the sun was in the right side of the composition. Once the sun emerged from behind the cloud the difference in light was significant. It was so bright that I could see sunspots when I was trying to look at the rear screen of my camera. In the main photo above I like the composition with the patterns in the sand from the water flowing down the beach.

Sunset in the rain

As the sun was shining between the bands of cloud it started to rain over the beach. It was only light rain, but it was quite surreal. While wiping rain drops off of my Lee filter I shot the composition below. I could see that the image was slightly clipping on the histogram. I was OK with the sun being this way, as this represented the feeling I had at the time. However, the image is a tiny bit more blown out than I would have liked in the reflection of the sun. I still like it though and love the strong shadow of the rock in the foreground. 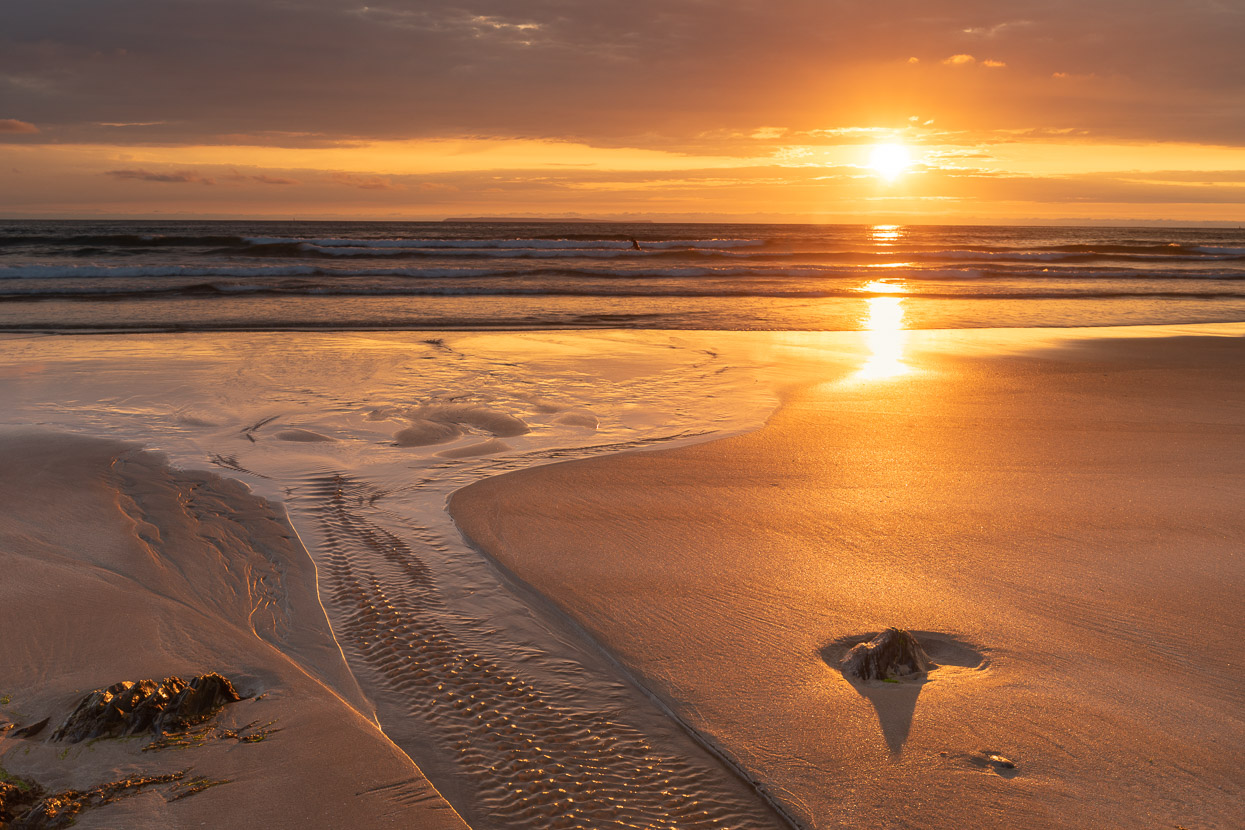 The setting sun illuminated the sand at Combesgate beach

As the sun got closer to the horizon the level of light began to fall. I captured the image below. I like the wider composition; it gives more of a sense of space which I often like to convey in my work. 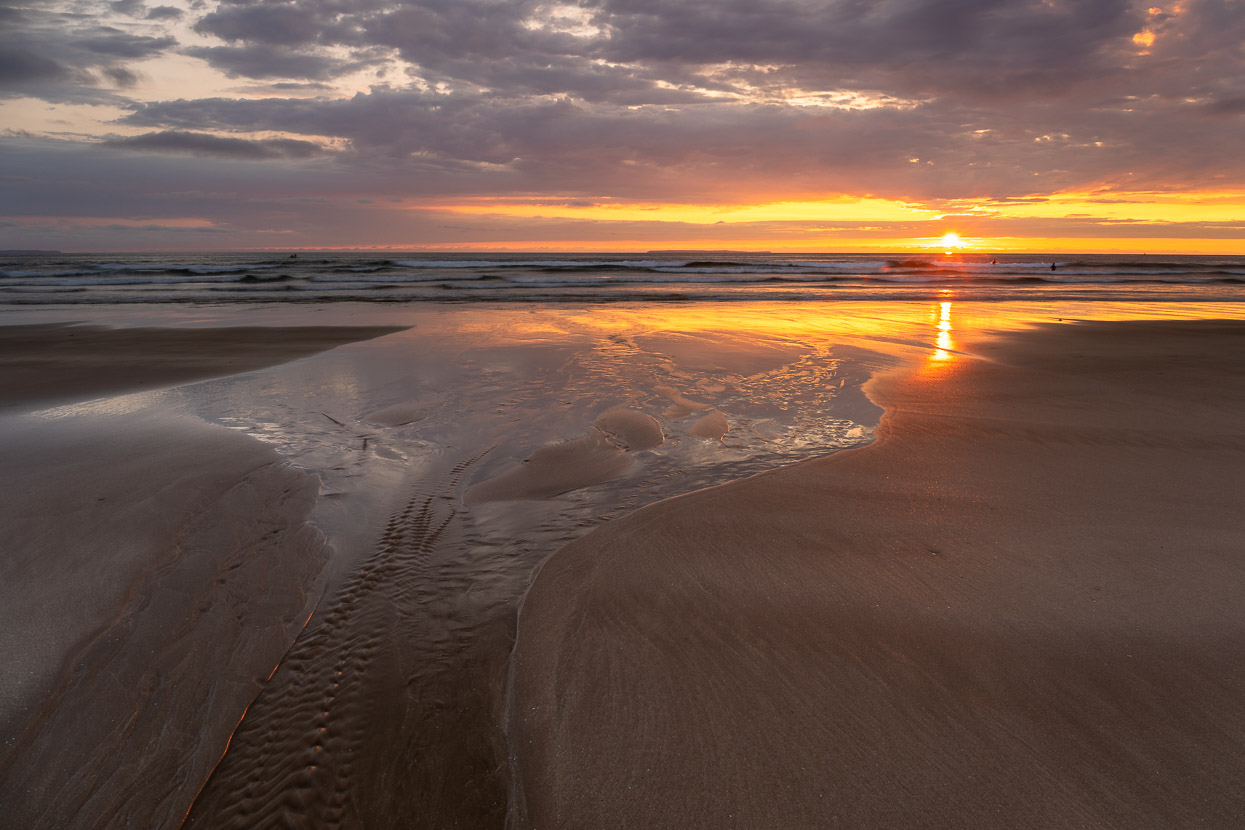 I also took some photos that have more rocks in the compositions along with some in the blue hour with nice reflections in the sand. I will post them in another blog post. If you haven’t photographed Combesgate, it is well worth a visit while you are in the area, especially at lower tides.

An Evening at Morte Point

Moonlight Over the Great Glen