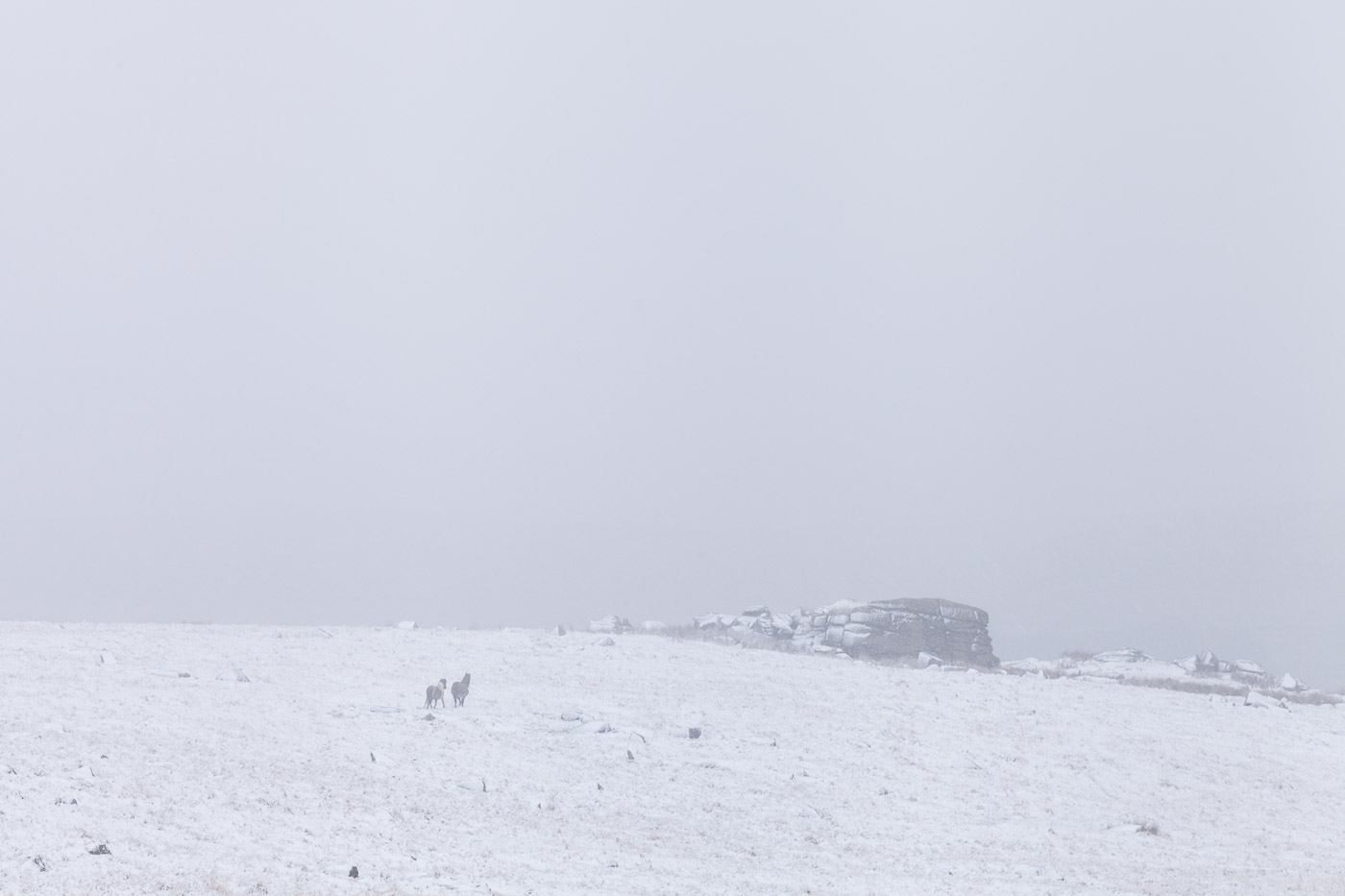 Horses in the Snow on Great Mis Tor

Having seen the forecast for snow on the higher reaches of Dartmoor on Valentine’s Day morning, I was determined to make my there for the morning to take photos of the snow. It took 3 alarms with my Fitbit nagging me to get out of bed in silence so that I didn’t wake my partner, but eventually I pulled myself out of the warmth of my bed and began to prepare for my journey.

When I left the house it was raining in north Devon but I know how the weather can be so much different on Dartmoor, and sure enough as I got closer I could see the snow capping some of the tors. I was heading to Great Mis Tor as I thought that it would be close enough to Princetown to be snow covered. As I got closer I began to get a little more excited; I could see that while there wasn’t much snow on Staple Tor, Great Mis Tor beyond was covered, with the top of the tor disappearing into the cloud. There were only tyre tracks from another car or two on the main road and the walled car park near Merrivale was totally empty. I have never seen it empty on my other dawn visits! 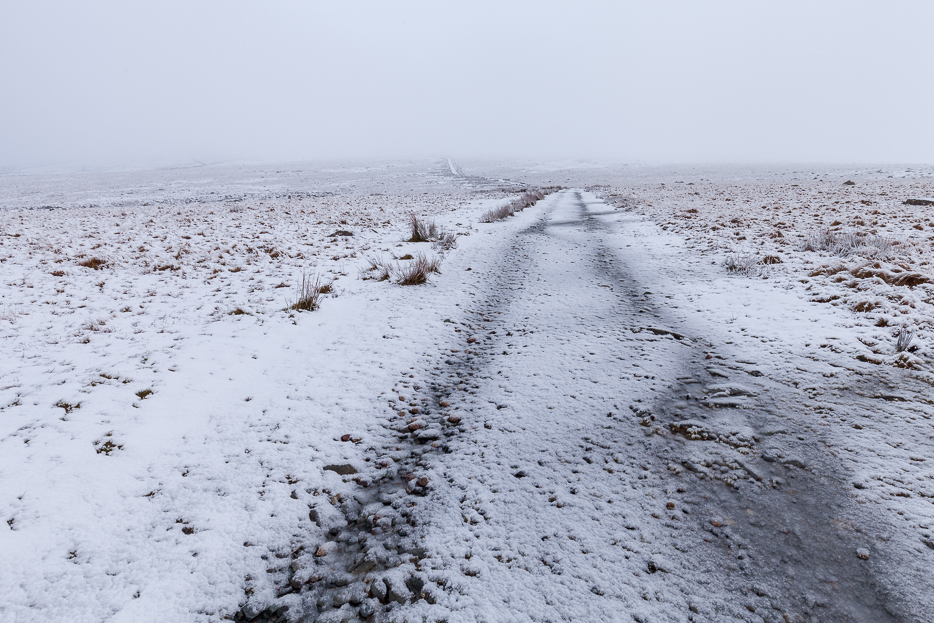 The path to Great Mis Tor didn’t have a single footstep until mine.

The path disappeared into the clouds

I started to make my way up the path to Great Mis Tor. The path disappeared into the clouds and there wasn’t a single footstep in the snow. 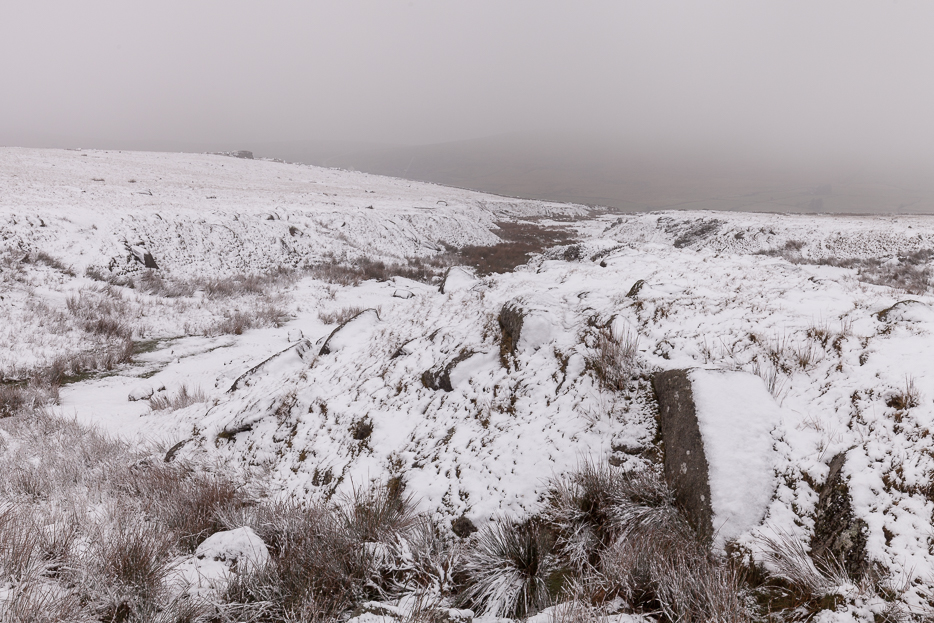 The small valley that blemishes the Tor looked stark in the snow.

I have been meaning to check out this small valley that blemished the hillside of the tor. It looked quite stark on the landscape. I was tempted to go down into it but wasn’t sure how solid the ground was. I think I startled a couple of Dartmoor ponies who must have been sheltering from the wind. They suddenly appeared and began making their way up to the rocks in the distance. The main image of this post is a photo of them. I liked how you can just about see Staple Tor in the distance sans snow apart from a little on its peaks that were obscured by cloud. 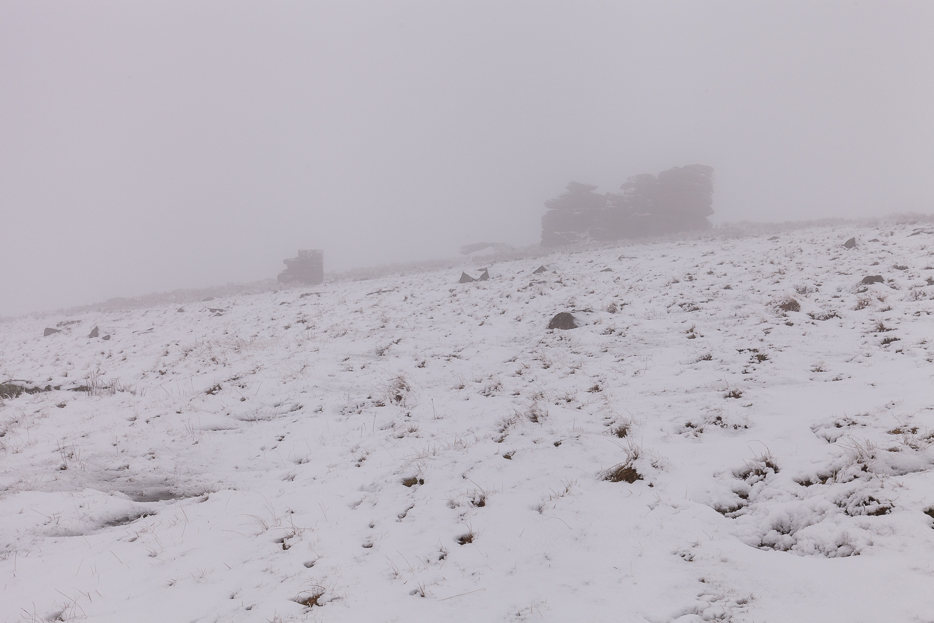 Finally Little Mis Tor came in to view, obscured by the snow.

Finally Little Mis Tor came into view as I headed up the tor. I have often been fascinated by the shape of this tor when taking photos from Staple Tor. 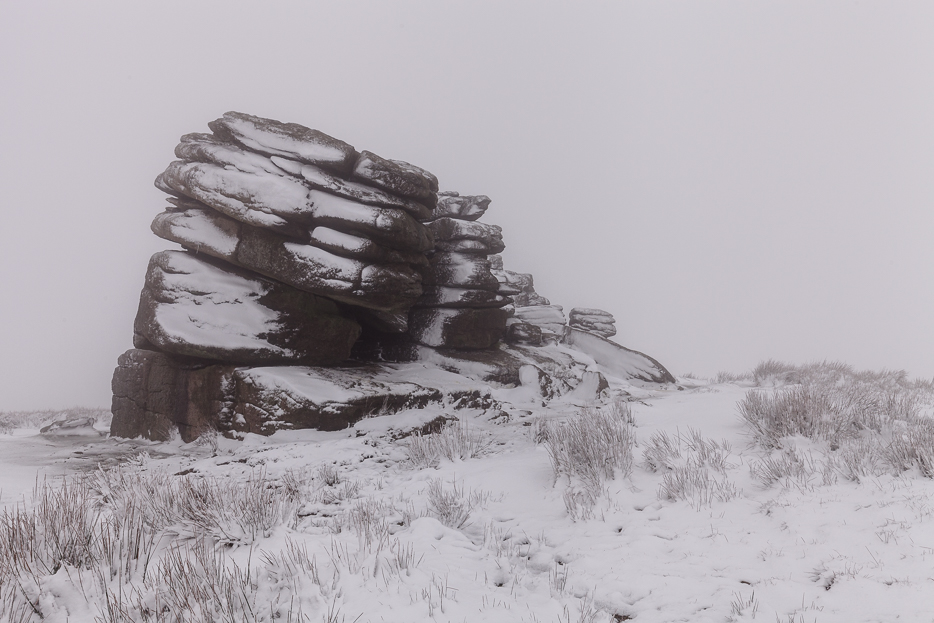 Little Mis Tor looked stark and impressive in the snow.

Up close Little Mis Tor is quite impressive in structure. The top section of granite looks like it should fall off due to its angle. At this point I couldn’t see beyond the tor and the wind was really strong. I truly felt like I was on my own here! 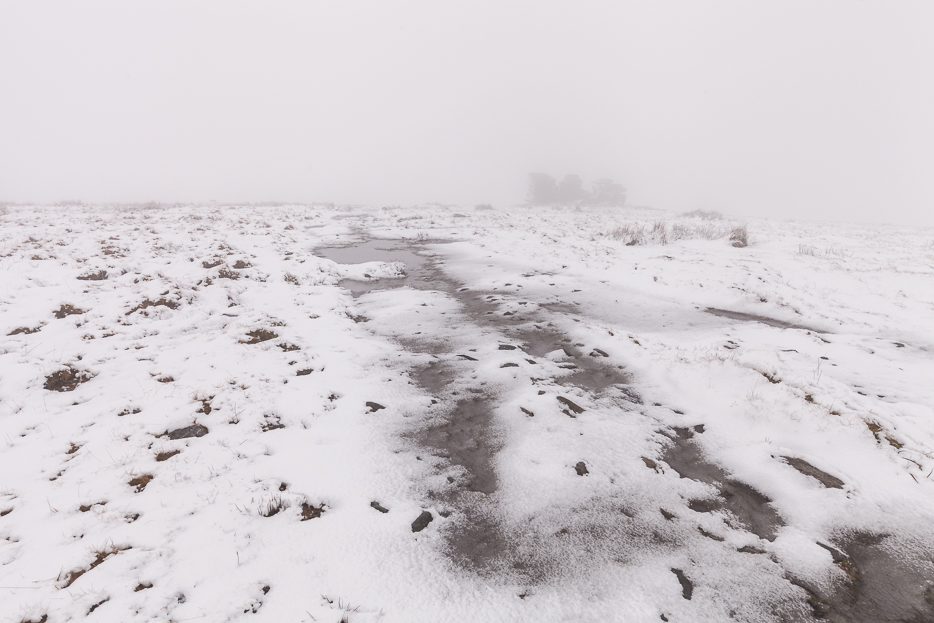 Visibility was down to under a few hundred feet and the wind was howling.

I started to make my way to Great Mis Tor but visibility was less than 200 feet at this point. After pushing for a while I figured that it was irresponsible to continue. I had GPS and OS maps etc but decided to head back down rather than put myself at extra risk. 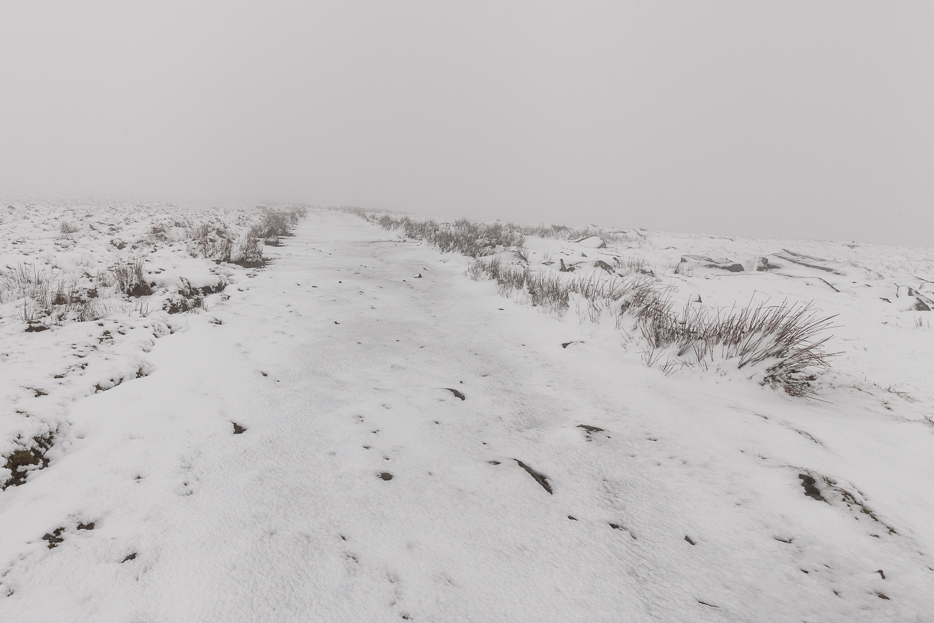 The weather was so bad I decided to head back down to lower ground.

Heading back down the tor visibility was still low and I was kicking myself for not photographing the main tor. Realistically the visibility was so low, I don’t think that I would have got any decent photos anyway. However, I still really enjoyed the walk. When I finally got back to my car I warmed up with coffee and chocolate while I decided where to head to next.

Once I headed on to shoot other locations I realised just how busy it was on the moor; it was a stark contrast to the solitude I felt an hour before. There were cars everywhere, with many just parking half on, half off of the roads. It was great to see so many people enjoying themselves but unsurprising to hear about the disruption caused by some of these people in the local media. I took the crowds as my cue to make my way home and call it a day, happy that my pre 5am start was worth it.