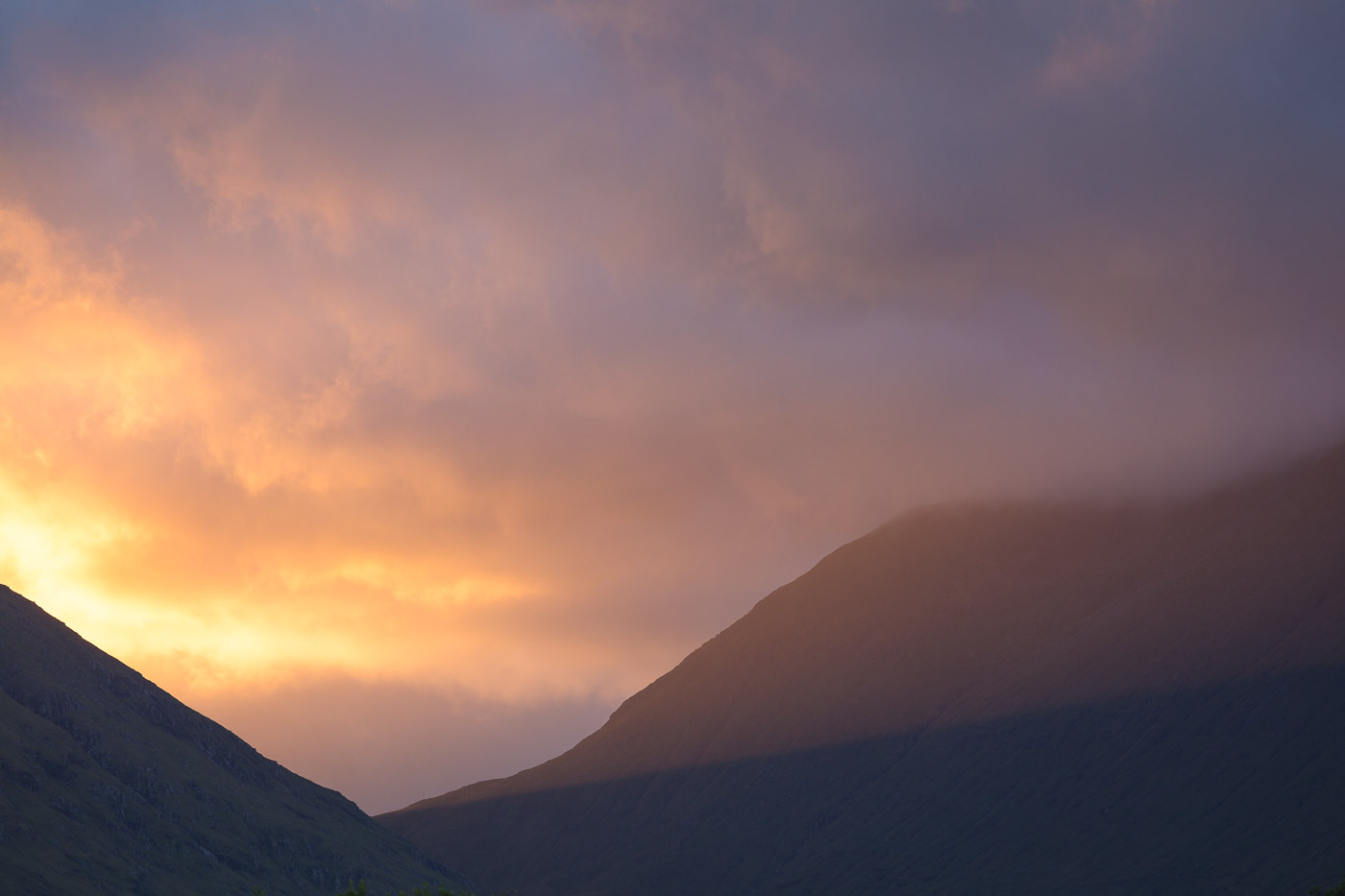 A few hours after we arrived in Dalmally; our base for this visit to Scotland, the sky looked like it was on fire as the sun began to set beyond the mountains. I watched the light develop into a fiery display, and seeing the band of orange light begin to shine across Bienn Eunaich from behind Stob Daimh prompted me to rush to get my camera gear out to capture it. The sky was ethereal, like nothing I have seen in a long, long time. I photographed a few different compositions and then the light faded as quick as it came. I was starting my week in Scotland on a high, knowing that I had already seen my first magical moment. 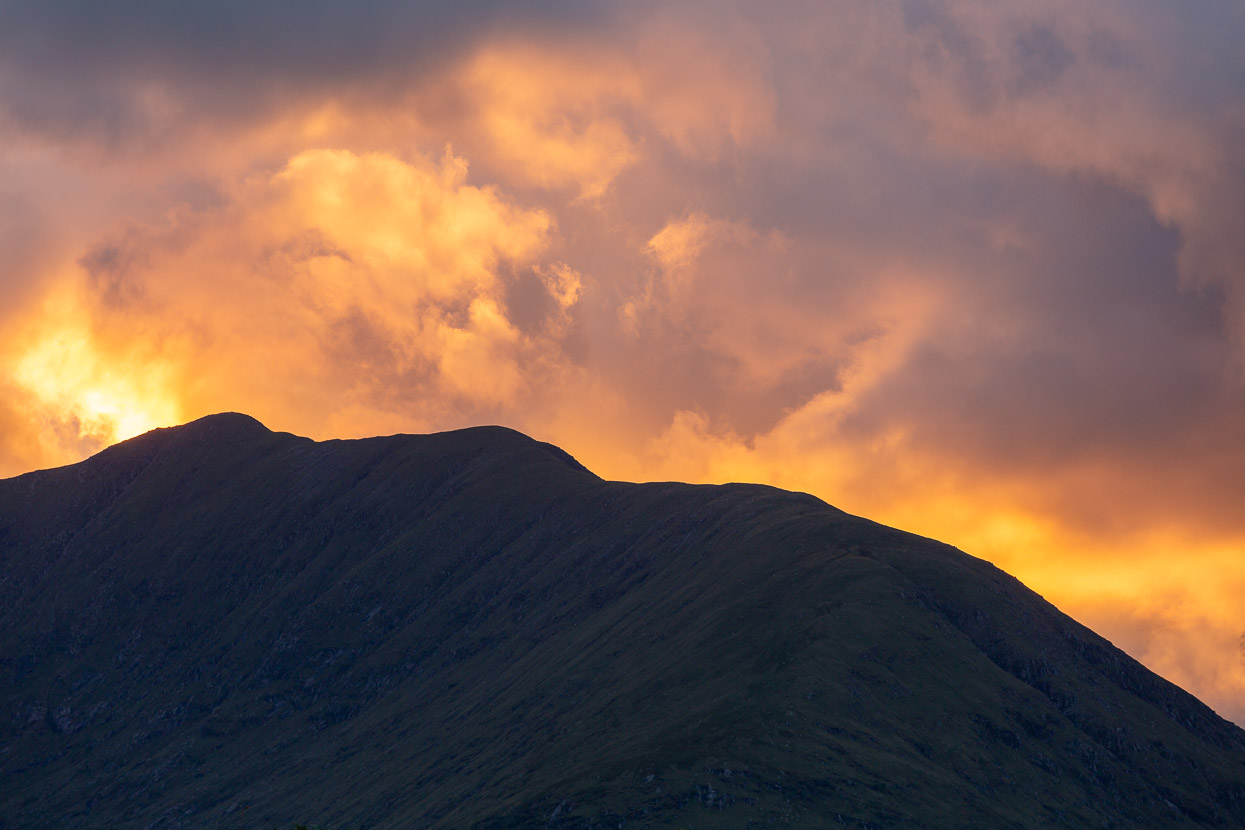 The sky looked like it was on fire over Stob Daimh nr Dalmally, Argyll & Bute, Scotland.

The ridge of Stob Daimh looked amazing; almost silhouetted against the sky that looked like it was ablaze. Little did I know that Scotland was to deny me golden hour shooting for most of the week. The weather was very wet, although that did open up the opportunity for some moody images of the mountains. I will post more images in the coming days.

A Stunning View from Connel, Scotland