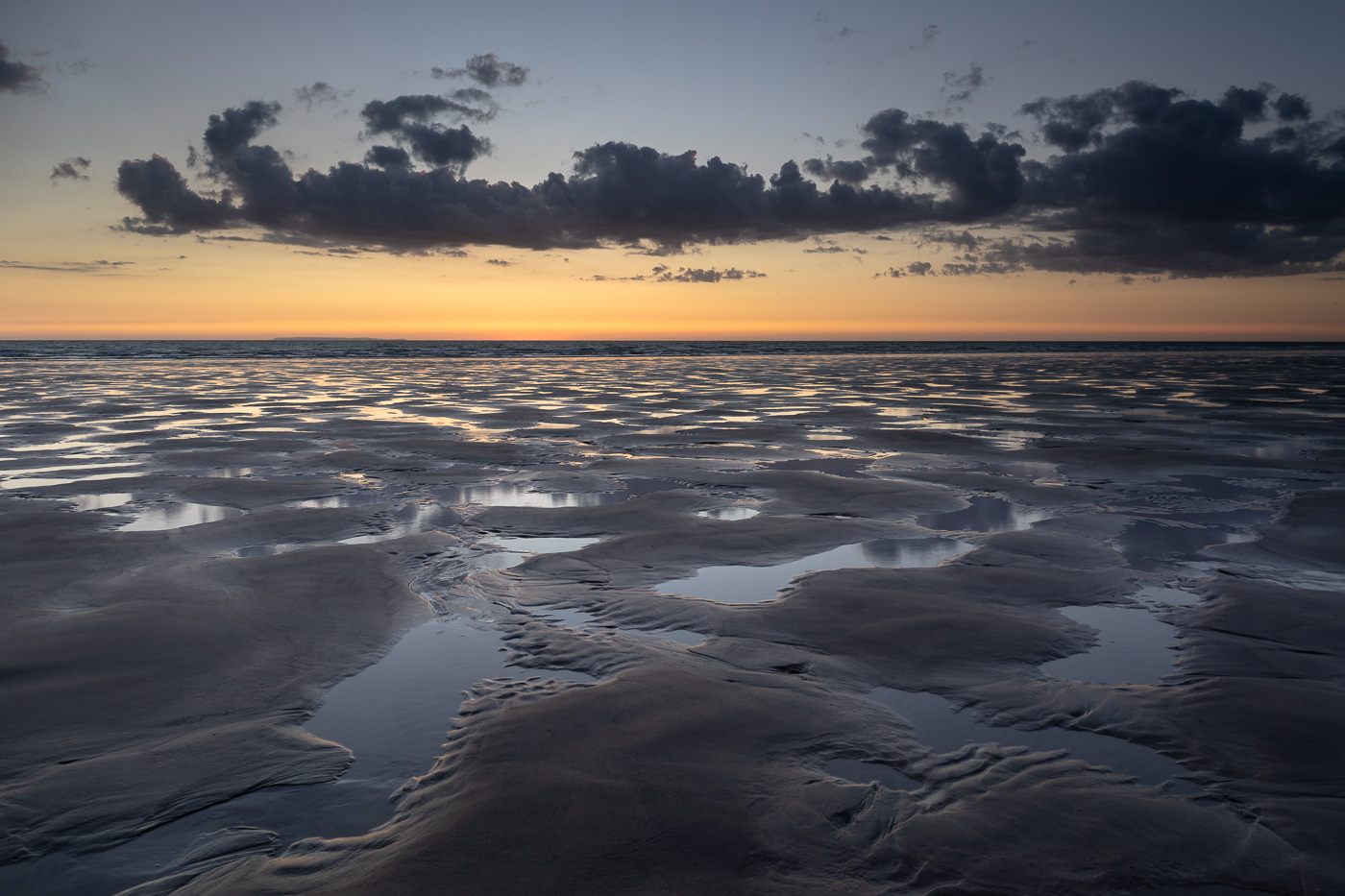 My Name is David and I am an Artist

I have a confession to make, I am not just a photographer; I am also an artist. It is hard to believe that such a simple statement can make you feel so self-conscious. I studied art at school, but always got frustrated because I could never create perfect representations of what I was seeing in my imagination. My obsessive personality would not let me move beyond the details. However, I was not aware that it was OK. You see, those personal nuances that are not ‘perfect’ are where style and creative vision begin to take root. I moved on to technical drawing for my later school years instead of art. But while I could be perfect to the minutest point, but technical drawing has no soul.

Looking back, I can now see that I always had a reasonable perspective of balance and composition, far from perfect, but it was always there. When I was feeling down, I would often draw scenes from my memories. I found it calming, but always ended up just throwing them away because they were not perfect.

In 2004, I discovered digital photography. My business partner and another friend got digital cameras and were going out most days taking photos. I could tell that they were having a blast, especially when sitting in the shop browsing through their shots. I quickly became interested in getting a camera, getting out and about and away from computers. My first hobby digital camera was a Canon Powershot A80. It had a massive 4 megapixels!

Immediately I fell in love with photography. My friends and I would often go to local beaches and woodland, sometimes we would just drive and see where we ended up. I took so many photos, shooting with an innocence of that of a toddler drawing pictures of a house. Technicalities or composition did not matter. I just photographed whatever caught my eye. Looking back, I can even see evidence of my creative vision then, just executed poorly.

As I said previously, I have an obsessive personality. I throw myself 100% into what I am focused on, sometimes to my detriment. I upgraded to my first DSLR, a Canon EOS 350D. The first of many upgrades. Delving deeper into the hobby, I quickly began to amass a collection of photography magazines and began to frequent photography communities. It was here that I was to discover the rules and scoring that are so prevalent today. It seems you cannot do anything now without being rated.

Unlike reviewing photos with my friends where we all enjoyed each other’s individuality, I suddenly became self-conscious that my photos were not rating as well as my friend’s on websites such as photo.net. I was also getting compositional tips or told how someone would have done it better on forums. I fear that even at these early stages, many photographers begin their photographic journey looking for acceptance and validation. It was then that I discovered photography blogs.

My first photography blog was called “Images and Thoughts”. Imaginative, I know. It was about my photos, and the stories that I told about taking them. The photoblog community was liberating at the time. It was here that I began to find a home for my musings without as much judgement. Even the photoblog sites had league tables and the likes though. I discovered the work of David Nightingale (Chromasia), David Baker (Milouvision), Kenny Kronholm (Moodaholic) and many more. Having someone comment on one of my photos would make my day, regardless of whether it was positive or less so because it meant people were looking.

As the years ticked by, I managed to sell some of my images. Some as prints, some for commercial usage and others for stock imagery. I began to try to focus just on travel and landscape photography as a potential “one day” income stream. Having worked in the digital marketing industry for several years, I was fully aware of the need for travel and landscape images. I knuckled down and kept shooting. I even started a YouTube channel. I still shot other images, but never shared them.

In my last few years of working in the digital marketing industry, I became more and more disillusioned at the fact that almost everything is fake. Social media is largely fake. Content is created based on search volumes or to earn links. Collaborations or featuring someone’s opinions is a classic strategy to get them to promote and link to your content. Marketing companies employ writers to create content, research it, promote it and even publish it on a client’s site. Lots of companies are not even involved with the process. It is all about the numbers. Even more determined to escape this sector, I put more pressure on myself to try to find a way to build my own business. It seemed straight forward but just putting time and your heart into something is not always enough.

Sometimes it is impossible to see clearly until it is too late.  I reached a point where I could no longer continue within the impossible constraints that I had set for myself. I stopped uploading YouTube videos to my channel, despite making several that never saw the light of day.

By the time I had realised just how bad things had got I was suffering from severe depression. I also began to suffer from impostor syndrome; because I had not won any competitions, was not published much and did not have a huge social following.

I turned down several photographic opportunities including writing or being part of magazine features, camera club talks, commercial shoots and more. Mainly because I was afraid of delivering something shy of perfect, or I could not get time off work. I even felt bad because I can often take quite a few good images on a single trip that goes against the wisdom of many top photographers. Ending a long career in digital marketing, I was lost.

I spent a long time looking inward. Self-reflection is important, and sometimes you must take a cold hard look at yourself. I am surer than ever that I want to have a creative career. I would love to be rich of course, but more than anything, I want to be happy. If I can do something that I love that can keep my family provided for, anything else is a bonus.

When the late Steve Watkins contacted me to write an article for Outdoor Photography magazine, I was over the moon but terrified. I was determined to try to no longer shy away from opportunity. Worried about punching above my weight, I explained to Steve that I was not a professional. His reply was “that’s OK, your work is to a professional standard”. He was great, and incredibly supportive. The whole process was a joy, until I had to try to take a photo of myself for the magazine. Trying to get a shot without my head reflecting the light brought home just how sparse on top I was getting!

David Clapp also helped me to forge a new perspective. I have met him a few times and spoken to him on social media. His outlook on being a working photographer is inspirational. I class him as one of the most open and honest photographers that I know. One day, I would like to be able to call him a friend. He taught me that you can make it while wearing many hats and doing your own thing. In fact, doing the same as everyone else just makes it harder.

A lesson from a pandemic

The pandemic has taught me a valuable lesson. In this scary time, it brings home the things that really matter in life and how we need to make the most of what we have, including time. Another life changing lesson was learned with lock-down hair. I have been receding for years and have always said that when it got to the time, I would just shave my head. The reality though, was that this was scary. I do not know what I was afraid of more, people laughing at me or me acknowledging that in my mid-forties, I am no spring chicken anymore.

Finally, I managed to shave my head. Even as I finished, I realised that I looked OK. In fact, I quite liked it much to my surprise. Apart from the obligatory ribbing from the kids nobody really cared. Nobody cares what you look like. Nobody cares about my photographic journey. Nobody cares what I take pictures of. Nobody cares what I call myself. Yes, the other photography Twitterati may pass comments about how pretentious it is to name your images, call yourself an artist, or a fine art photographer. But who cares? Some of them are probably going through their own struggles and insecurities. The biggest limit is me. it is only me that is preventing myself from wearing multiple hats, or even exploring other niches.

I now know exactly what I want. I just need to figure out how to get there. The first step is to call myself an artist and a photographer. Not everything is a work of art. I take snapshots, visual notes, stock photos, chocolate box images that sell, commercial images and I create art. I wear many hats. Photography is my only medium now, but that may change eventually. I have some good camera equipment, but you always want more. The biggest thing I want to do is embrace my creativity. I know my art will not change the world, but if it can bring someone a moment’s pleasure that is great. More importantly, it is soul food for me. Creating artistic images allows me to express myself. I am fully aware that what means one thing to me, can mean something completely different to something else, but that is the beauty of art.

I want to sell some of my work. I want to write for magazines and books. I want to help people to enjoy photography. I want to teach people. I want to spread my knowledge about photography, websites, search engine optimisation and help other artists and photographers. I want to start making YouTube videos again. I want to be creative. I want to learn. And most of all, I want to be me. If I can do some of the above while feeding my family, I will be a happy man.

Is the way you view photos influencing your...

Are Photographers Becoming a Public Nuisance?