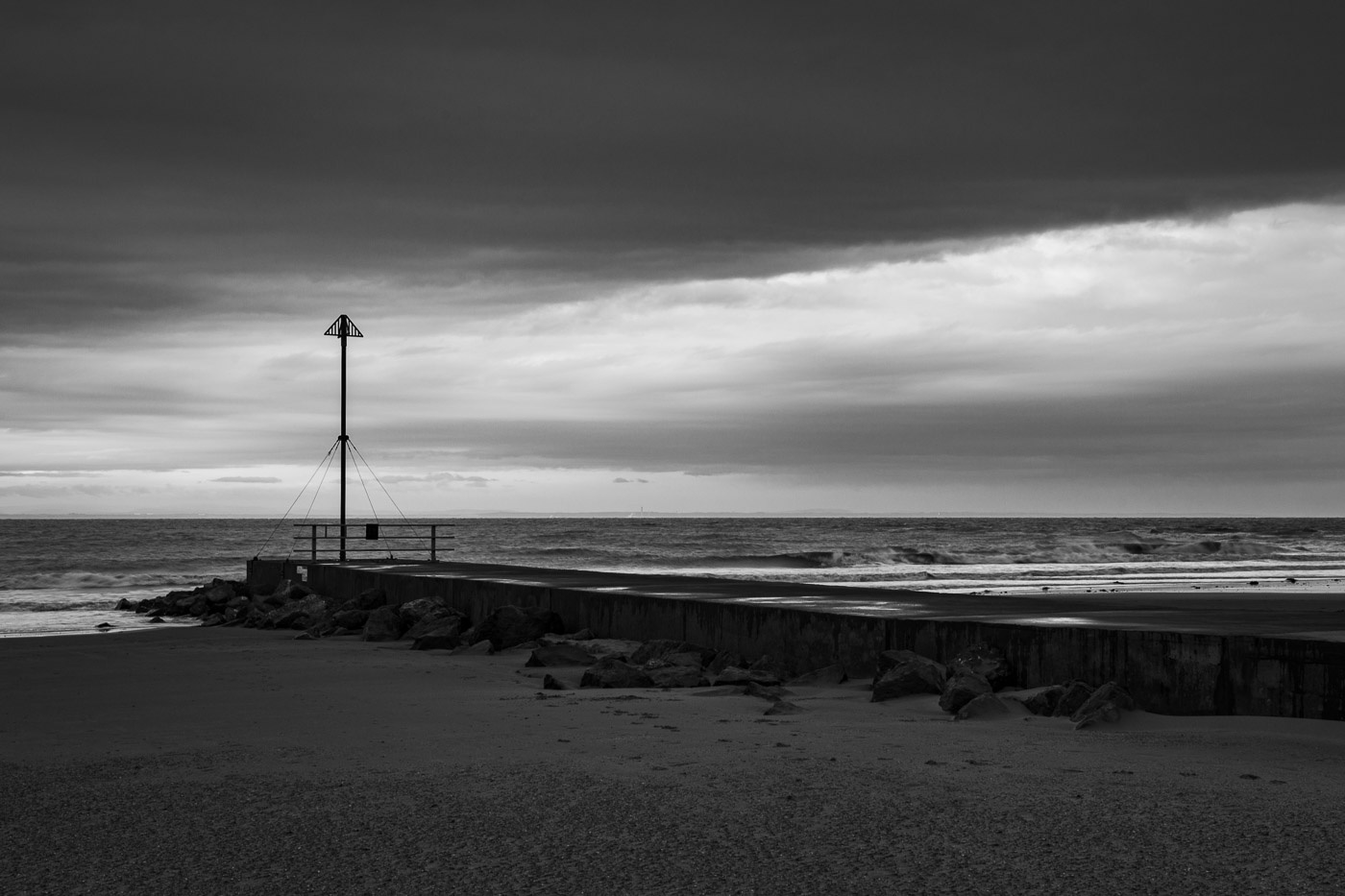 I found myself at Minehead in Somerset photographing the sea markers that decorate the bay yesterday. I had been cooped up in the house for days after being ill and needed to get out for some fresh air and to satiate my photography urges. I drove the scenic route around Exmoor looking for something to photograph but it wasn’t long before I decided on Minehead. I had recently spotted the sea markers on Google Maps so have been meaning to scout them out for potential photo opportunities.

The weather wasn’t great by the time I got there; the wind was howling across the bay and the tide was out too far. Because of the stormy weather and the occasional break in the clouds I decided to loiter around until the golden hours in the hope for a favourable moment of light that would allow me to capture a photo that justified the distance travelled. Like a lot of landscape photographers I found myself waiting for the light. I did a lot of this by watching the windsurfers that were making the most of the windy conditions near the harbour, eating McDonalds, browsing social media and even resorting to playing Candy Crush on my phone. 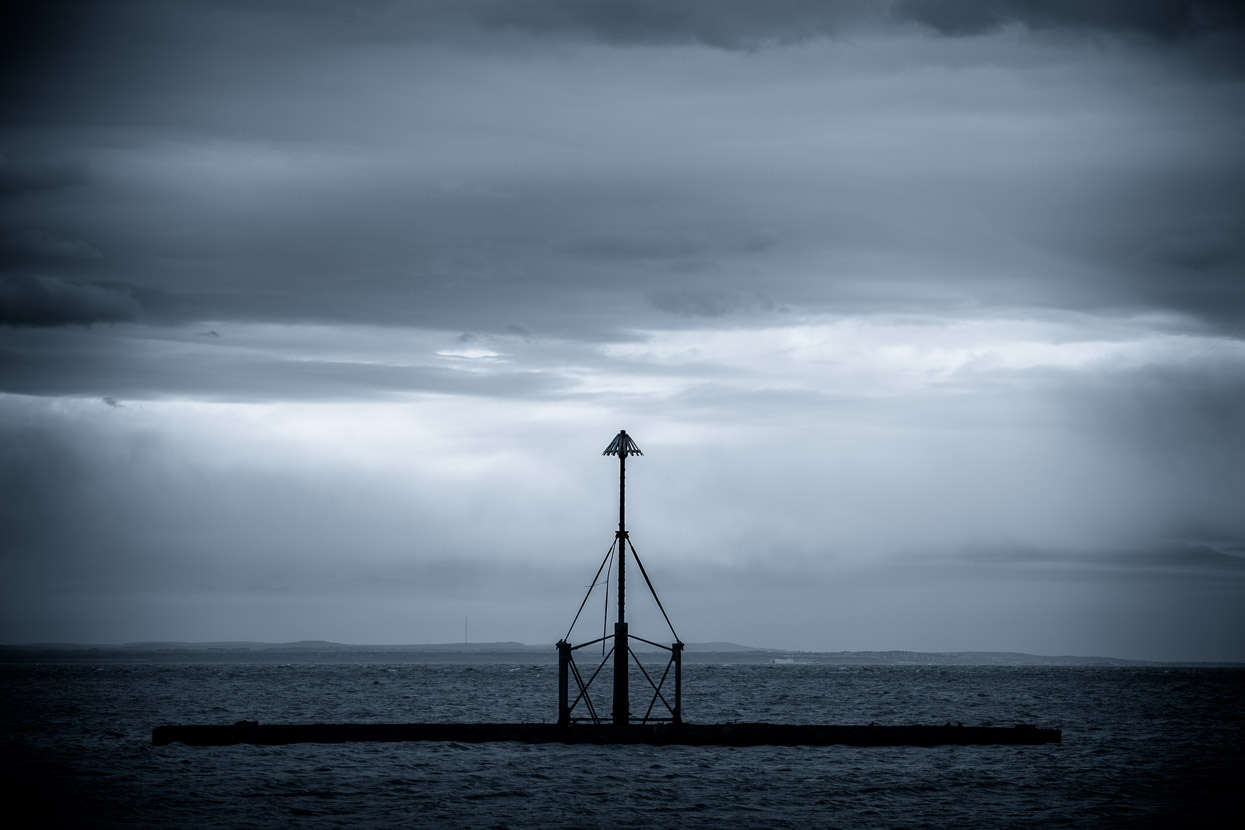 As the tide began to rise I liked the way the structure in the photo above with a sea marker on it began to look like a mini island or platform. I would have liked to have tried some long exposure photography but the wind was so strong I was keeping my hands ready to try to catch the tripod if the wind managed to topple it. 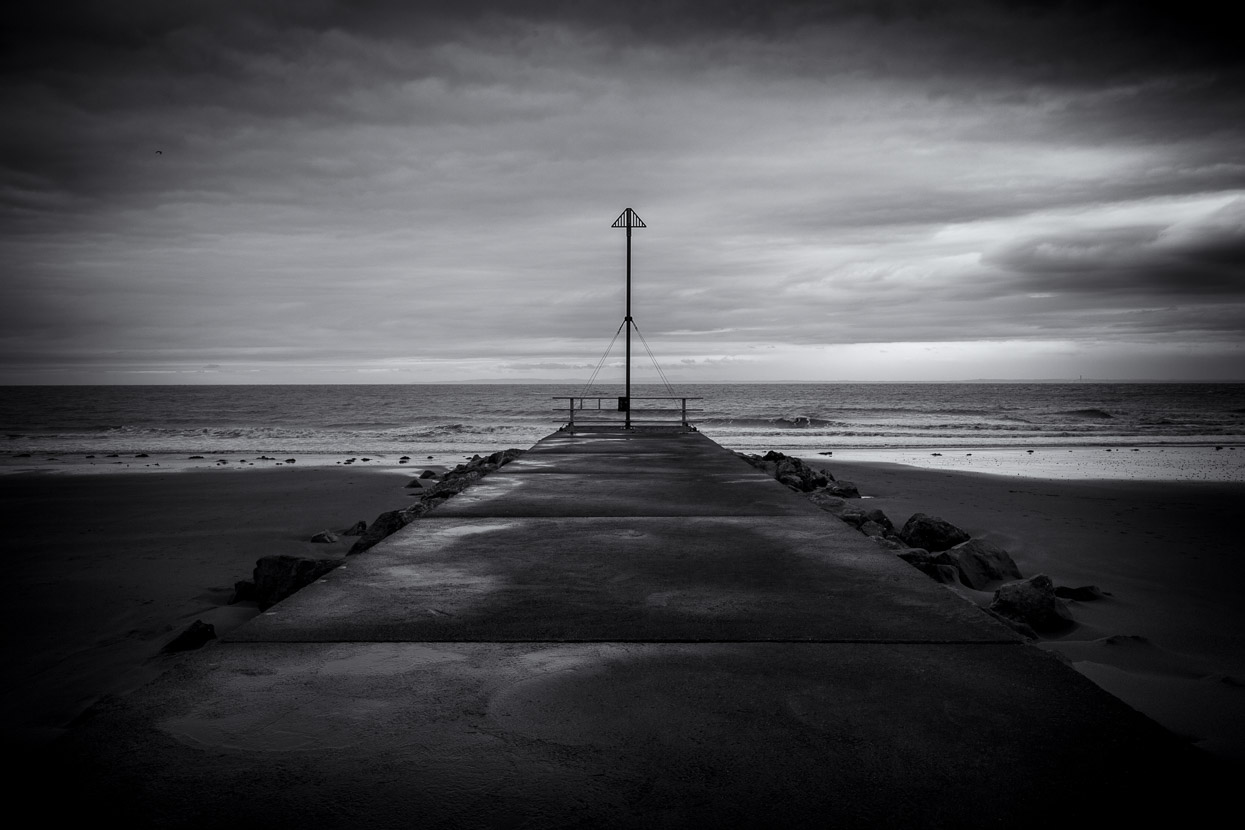 I knew the tide wasn’t going to be at its peak until after the light began to drop with no real hint of a golden hour in sight; so I decided to make the most of what I had. Out of all of the markers in the bay this one caught my attention as I liked the jetty it was on. The jetty began in the sand of the beach and gradually rose in height. I love the textures on it, especially with the wet bits and the light coat of stand that adorned it. I spent time trying different compositions and even braved changing my lens while shielding my camera from the wind.

As I walked back to the car I wasn’t too disappointed. I had taken some OK photos, but more importantly I had found another location that has loads of potential given the right tide and light. I will definitely be going back to Minehead with my camera in the near future; preferably without the wind and rain!