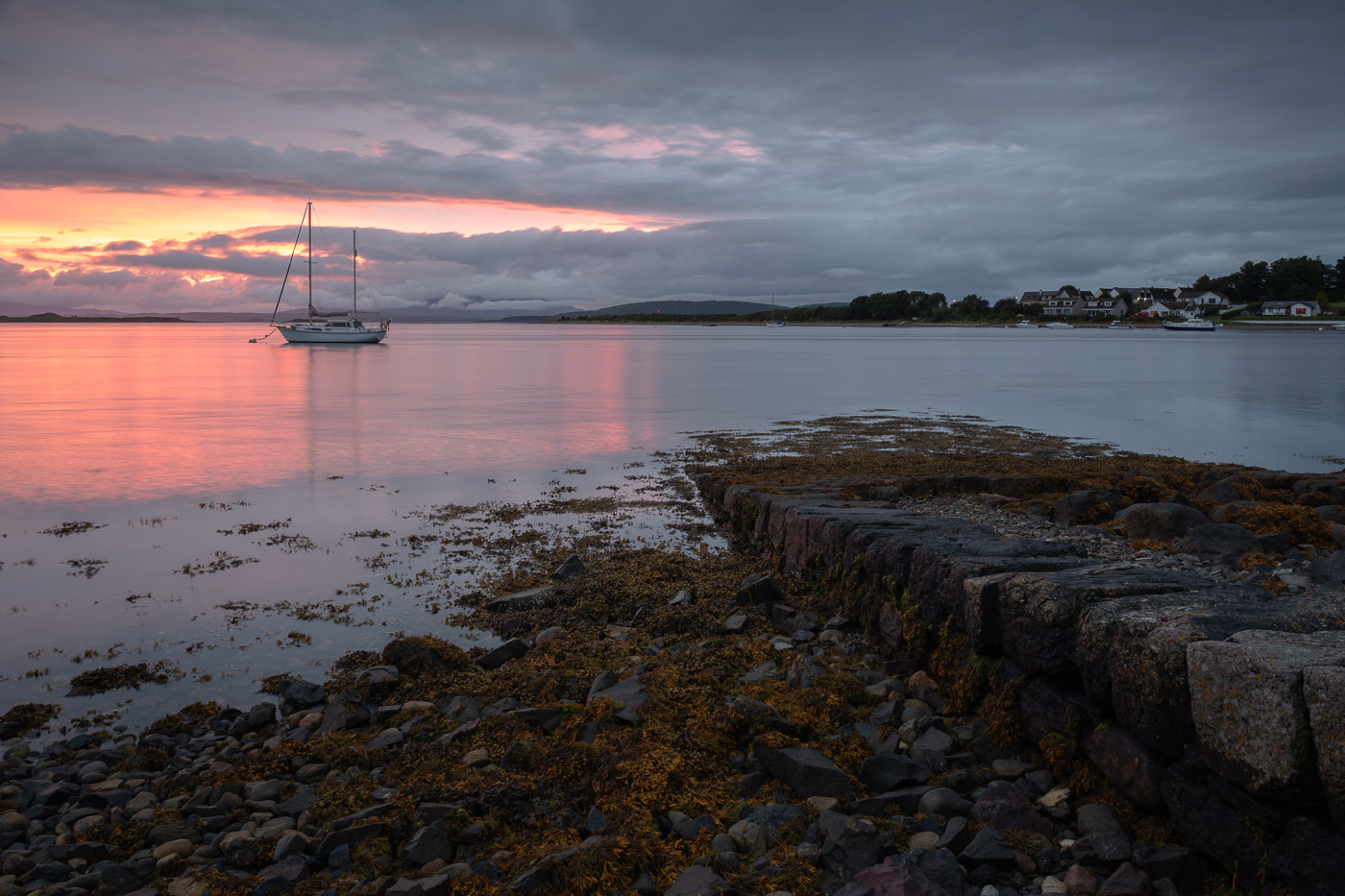 As the blue of night began to win the war over the warm tones of the golden hour, the air became still as I looked out from Connel across the southern shore of Loch Etive with my son. I love this part of the evening; the silence of the world around is tangible as it settles into the night.

A transition into the night

I like how the colour in the sky is still quite strong in the scene of the image, and how the darkness is enveloping the rest of the surroundings. This is a very calm scene, far from the drama that had been present not long before. I used the jetty as a leading line, and think it adds balance to the image, which without the cold would be totally different. I think the story in the image is that of contrast. On one side there is a vivid but fading sky, and the other there is the peace of night.

A Seascape View from Westward Ho!