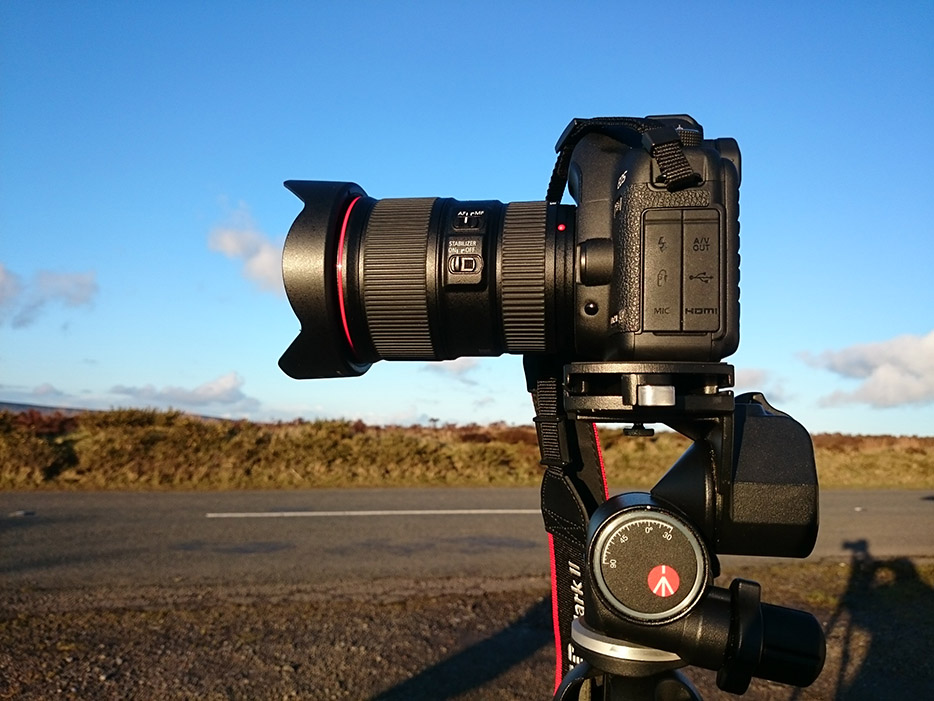 When I changed my tripod head I improved as a photographer. This sounds like a bold statement, but for me I really think it was true. Investing in a serious tripod can be a costly affair, but often these tripods and heads can last for years, which can sometimes mean we never upgrade them. Mine is still going after around a decade. When I got my first serious tripod it was a Manfrotto 055prob which I still use to this day, although I am now preparing to upgrade to a carbon fibre one. Along with the tripod I got the 322RC2 heavy duty grip tripod head, which also served me well for years.

I didn’t realise it for years but in some ways I was a lazy photographer while using my grip tripod head. The ease of moving it around meant that I would point the camera at what I wanted to me my focal point, autofocus, and then re-compose my photo while using the grip to do so. The trouble I found with the grip head was that there was sometimes a tiny bit of give when positioning the camera with the head once I released my grip, especially with my telephoto lenses. It often meant that getting my composition just so could take a couple of tries. I would also find it quite frustrating at times trying to maintain a consistent horizon while shooting panoramas. On the whole though it worked well for years and I didn’t see the need to change it.

Last year I had the realisation about what was happening and thought about upgrading the head. The one thing that would often annoy me about my 322RC2 was how it protruded so far, especially when trying to carry it by my side as I wondered around with my camera. After pondering an upgrade for a while I decided to upgrade to the Manfrotto 410 junior geared head. I was concerned about the junior bit of the name, and whether it was up to the task but it got some OK reviews. I plan to write a review of it soon for myself, especially after using it for months.

So what was it about the 410 geared head that improved my photography you may ask? On initially using it in place of grip head I realised using auto focus in the lazy way that I had been for so long wasn’t practical. Of course I could change the focus point, but my Canon EOS 5D mark 2 only has 9, but I opted for manual focus instead. I found this slowed me down, and quite frustrating for a couple of outings, but after that I found that the ability to fine tune my compositions with much more accuracy made me much happier to slow down. This combined with using manual focus via the live view has definitely helped me to improve my photography, which is now much more considered. On hindsight I think at times I could have been a bit more instinctive in the photos I took. I don’t think this is essentially a bad thing; I just feel that with my new approach my photography as a whole has definitely benefited.

The 410 isn’t a perfect tripod head, and I have my own niggles with it that I will cover in the review and I know on its own the 410 geared tripod head may not directly given me better pictures; but I feel improving the process of creating an image can definitely improve the final result in the long run. This is how changing my tripod head helped me to improve my photography. Have you changed anything in your photographic setup (apart from camera and lens) that helped you to improve? I would love to hear your comments.

PS: I don’t think the make or model of the tripod head had any direct influence; just the type. This is just my personal experience. I don’t intend to influence any purchases, but to provoke thought.

If you are interested in the 410 junior head it is much cheaper on Amazon than direct from Manfrotto. You can buy it here. The link is an affiliate link which if used in a purchase earns me a tiny amount of commission. This in no way affects a purchase or my opinions. Here is a non affiliate link if you prefer.

Is the way you view photos influencing your...