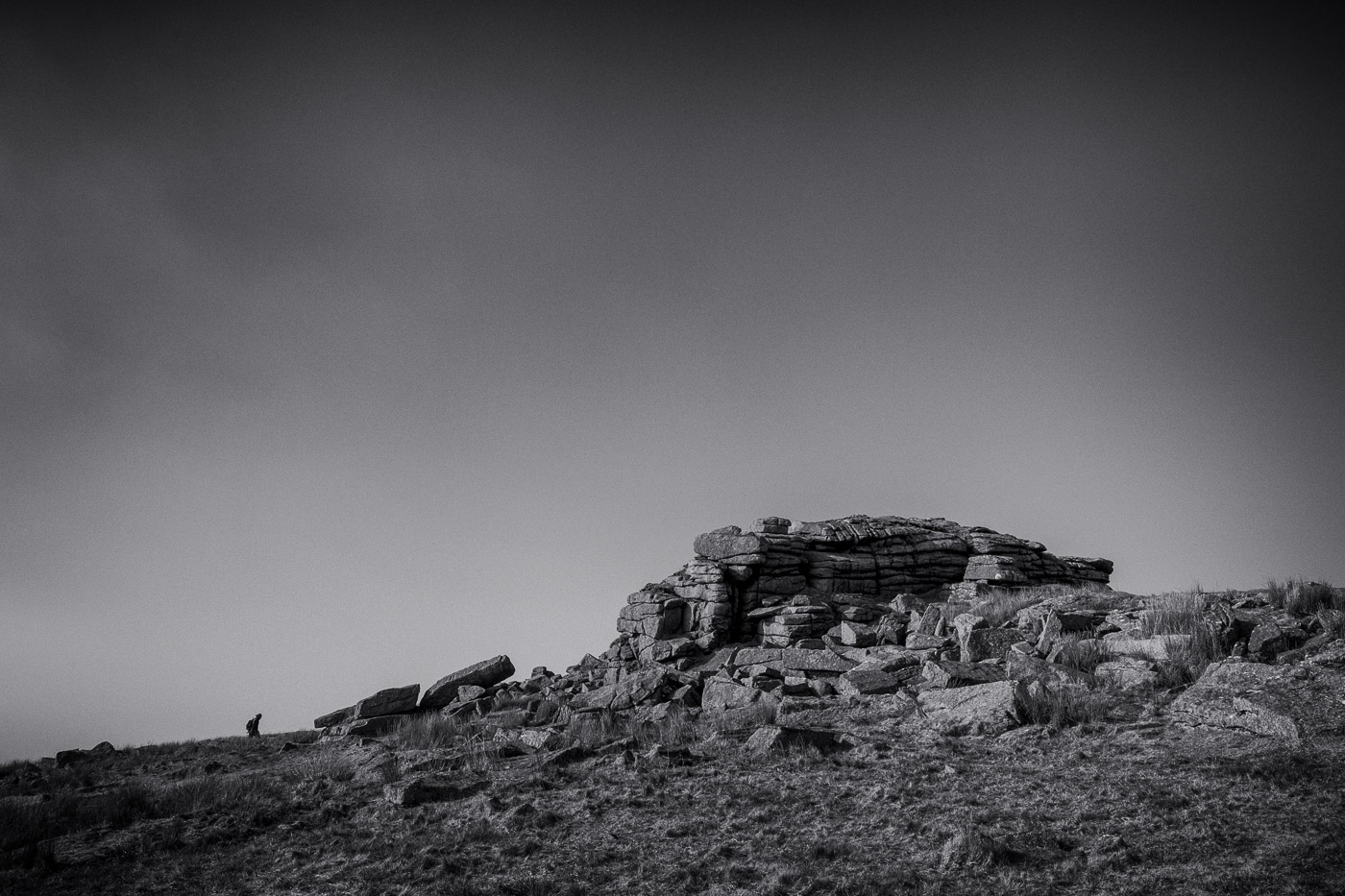 After spending some of the morning in Brixham with our cameras my son and I headed to Dartmoor National Park. I wouldn’t normally entertain taking that many photos during the middle hours of the day; especially with the weather being as bright and hazy as it was. I figured it would be a good scouting session and also allow me to photograph some things for stock too.

We decided to go to Great Mis Tor and thankfully managed to find a small spot to park in. The car park was full as people trying to make the most of the sun. It looked like most people were heading towards the Merrivale stones and Kings Tor.

We headed up to the tour but decided to go up via the moorland instead of the path. It feels much more like you are on the moors and hiking when the ground is wild and uneven below your feet. 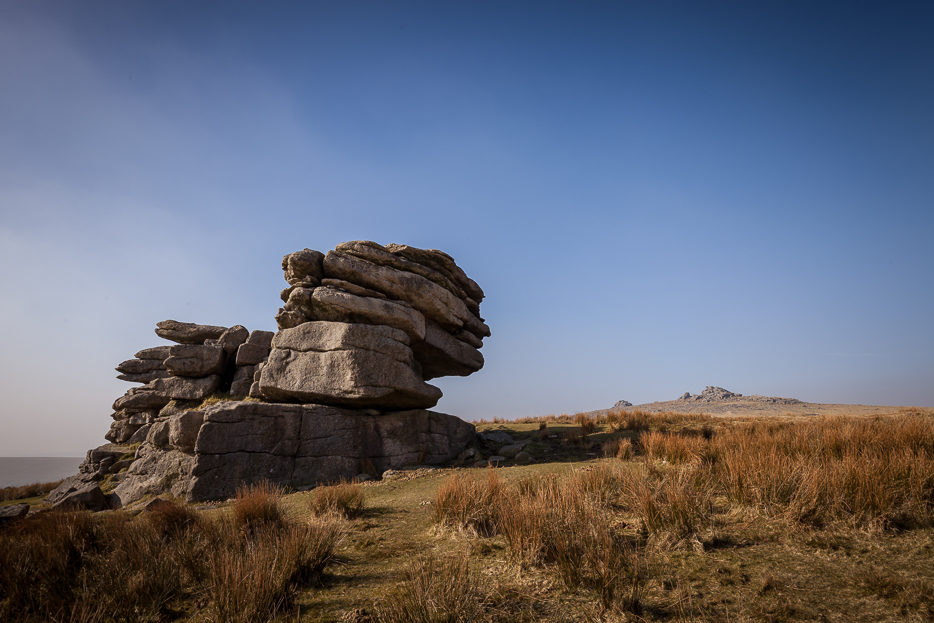 Little Mis Tor is impressive and distinctive in its own right.

I have to admit I quite like Little Mis Tor. Passing the distinctive rock formation as you hike up the more, it is great how the shape of it evolves from an almost rectangular shape that you can so easily see from distant tors into something entirely different. I took the photo of the tor above on the way back down the hill because on the way up there were people resting by it. As with some of the other tors on Dartmoor, the peak rock formations that you can see when looking up are often just a part of the tor, and when you reach the top the extent of the formations stretches out before you. Great Mis Tor is like this, and when you get to the top you realise just how expansive and numerous the weathered formations are.

We spent several hours walking around the top of Great Mis Tor photographing different compositions and generally exploring. The view is amazing from up there; especially looking north where the training area starts and beyond. The moor looks really imposing and it is easy to forget a road is less than a mile behind you. The other thing that stands out is the poles that span the area with danger signs on them. While exploring we saw the two army huts on the north side of the tor. It is quite surprising to stumble across them if you don’t know they are there. 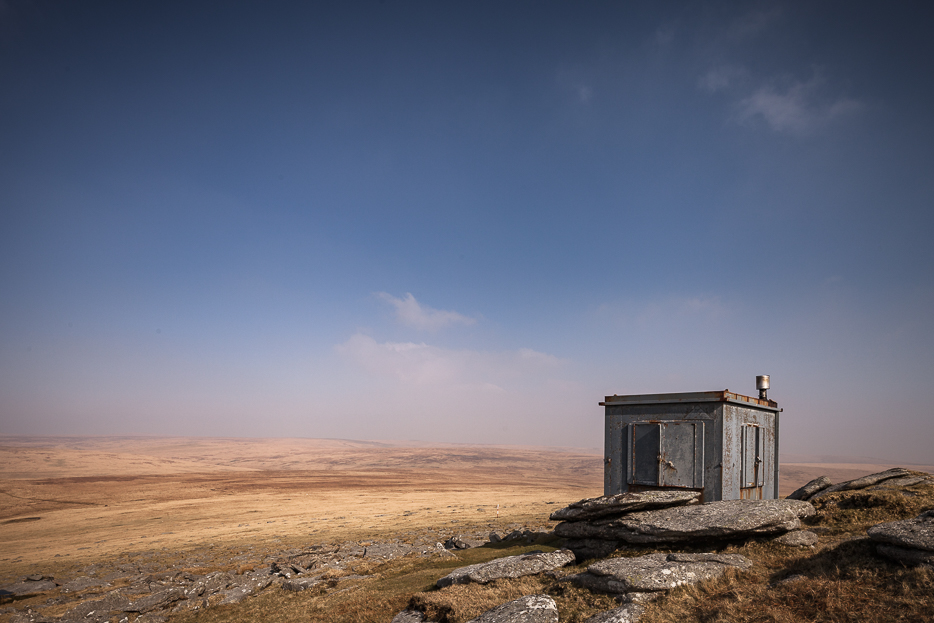 One of the army huts on the north side of Great Mis Tor.

Between some of the rocks there were a group of Dartmoor ponies grazing. I took the photo below as I liked the position of the cloud above and the way the shape followed the contour of the rocks. It is always fun trying to get a photo where the ponies are actually looking at you. I chose not to make noises to attract their attention as I felt it was better to leave them undisturbed. 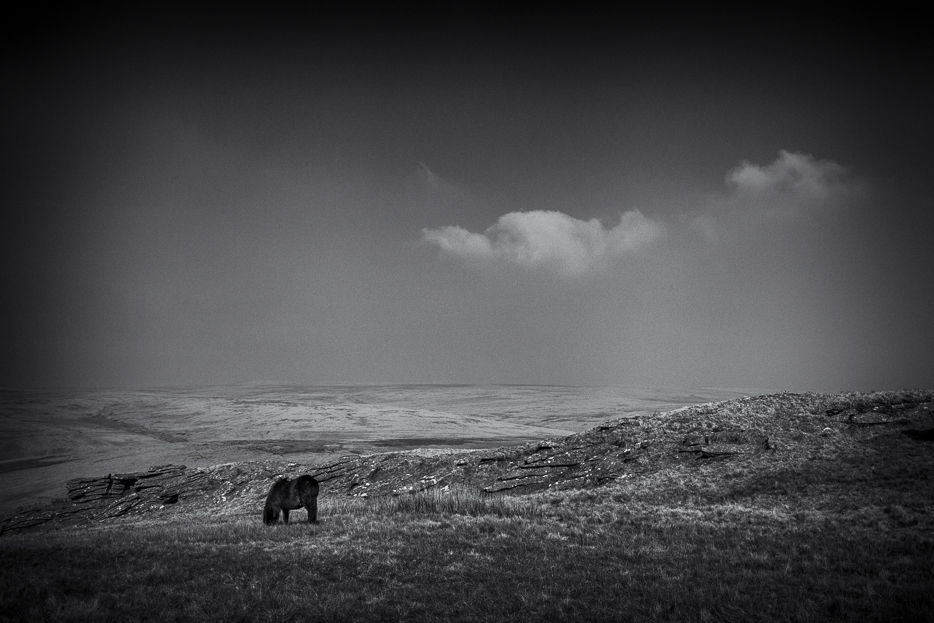 It is still quite surprising just how much the wind can whip through the rocks on the tors of Dartmoor. It reminds you that you are quite exposed. Often when I visit the surrounding areas Great Mis Tor can often be hidden by a shroud of low cloud or fog. I think that adds to its attraction. It’s hard to imagine now that just a few weeks prior to taking these photos I was photographing the tor covered in snow.

My son and I headed up the main rock formation to the army flag pole. The view from there is spectacular although you wouldn’t want to be up there if you aren’t sure footed. I liked photographing the ledge and the contrast between the light and shadow. I think you can almost get a sense of scale in this photo. 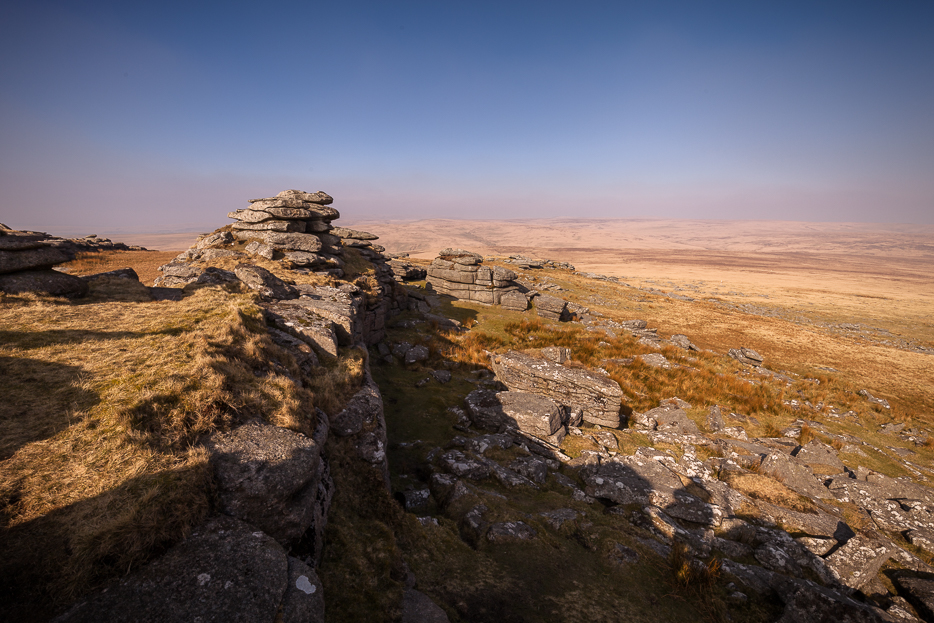 A view from Great Mis Tor

I would have liked to have hung around until sunset to capitalise on the golden hour but we had been out of the house since before dawn and had clocked up almost 12 miles on my fitbit. My feet had decided that it was time to call it a day; especially as I had to face the hour or so drive home too. My small consolation was that my son, who doesn’t complain said that he was tired once we began the drive home. It meant that it had been a good day and it wasn’t just me getting old that was making me feel tired!

I think it is good to take photos during challenging times of the day. Not only does it make you think more about how you want to capture the scenes before you; it also reminds you why you make such an effort to be in these places for dawn or the setting of the sun.