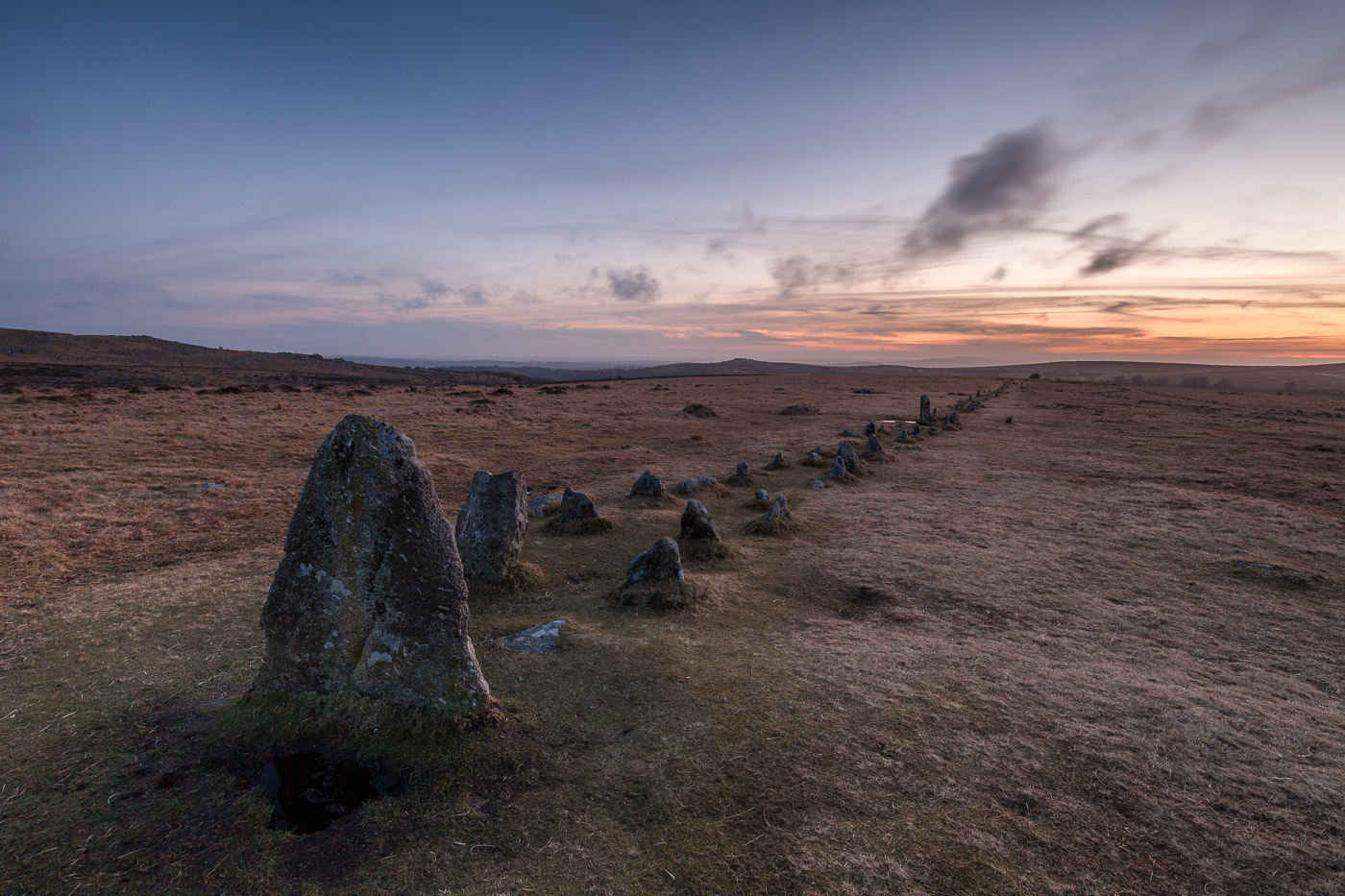 I headed to Dartmoor for a photography trip with my sons on Good Friday; the weather for forecast for then was about the best during the long weekend with the impending landing of storm Katie. We decided to head to Merrivale to see the stone circle and rows. These have been in my son’s check list; especially since we got chased off by heavy rain the last time we visited there.

We took a steady drive down to the moor from where we live in north Devon, and even had time for a cup of coffee before we headed out of the car. We timed it just right, the afternoon light was beginning to have great depth and colour as it illuminated the moor. I took the photo above as we made our way from the car park to the Merrivale stones. I love the granite boulders that litter the moorland floor. The photo above was one where I instantly loved the composition. You can see from left to right, Staple Tor, Roos Tor and then Great Mis Tor. 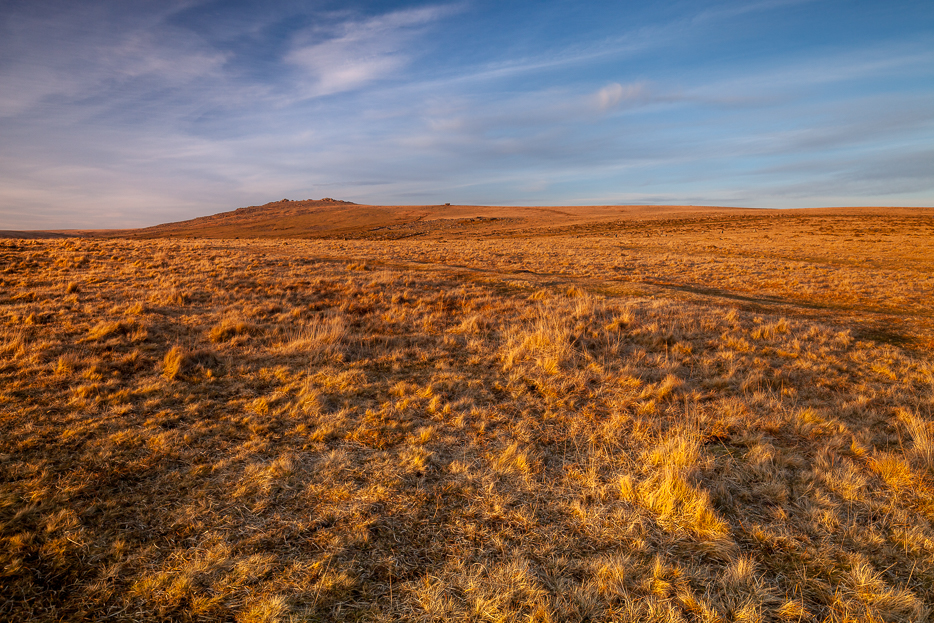 The moorland grass was a lovely golden colour in the evening light.

As we got closer to the Merrivale stones the ground opened up with fewer rocks and became mainly the moorland grasses. I loved how vibrant they were; especially in this photo of them looking towards Great Mis Tor. From this angle you can’t really see the road that cuts through the landscape which is nice. 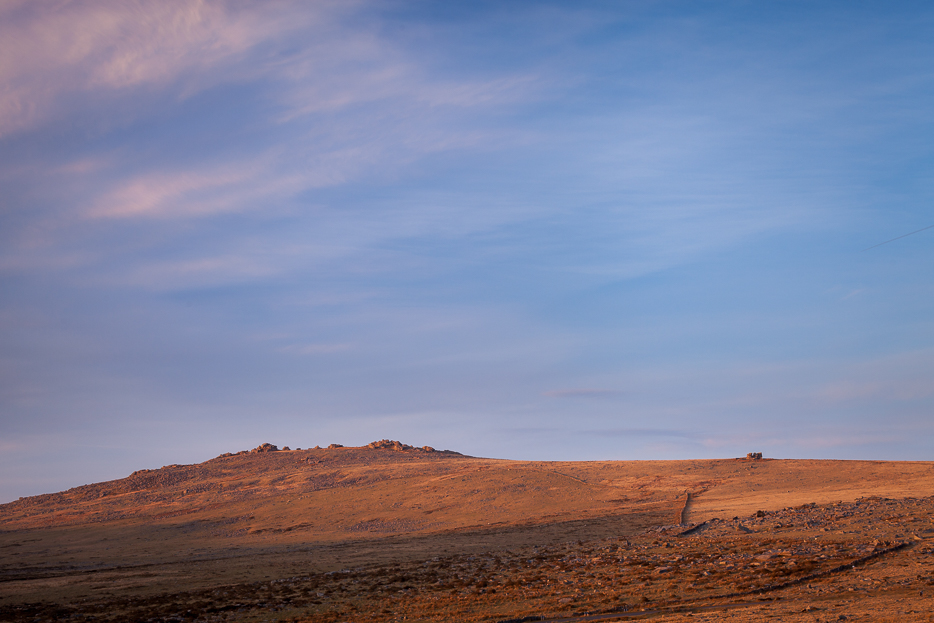 As the light began to fade into the sunset it illuminated Great and Little Mis Tors. I love how you can see the shadows begin to stretch across the landscape. I took this photo with my 70-200 lens. I was hoping to get a some more dramatic shots of Staple and Roo Tors as they stretch across the landscape, but Merrivale is just not far enough west to capture the light. The weather in the above photos looks quite warm but due to the wind it was really quite chilly. 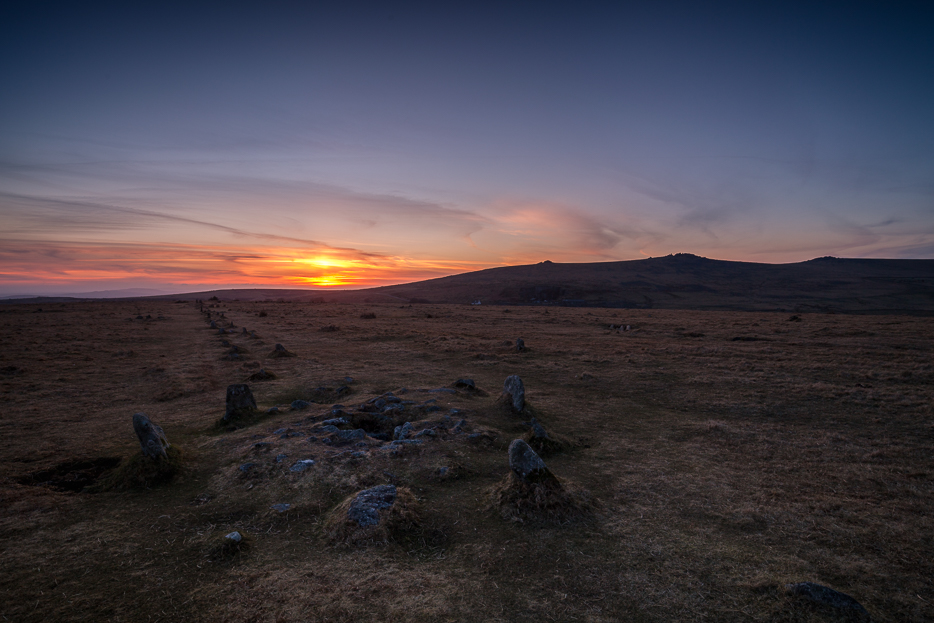 Merrivale stone row cairn circle at sunset, with Staple Tors and Roos Tor in the distance.

I love the cairn circle at the middle of one of the Merrivale stone rows. The setting sun had dropped low enough to enable me to capture it as part of the scene. I love how you can see Middle Staple Tor, Great Staple Tor and Roos Tor silhouetted on the horizon. The clouds above them were pretty special too. 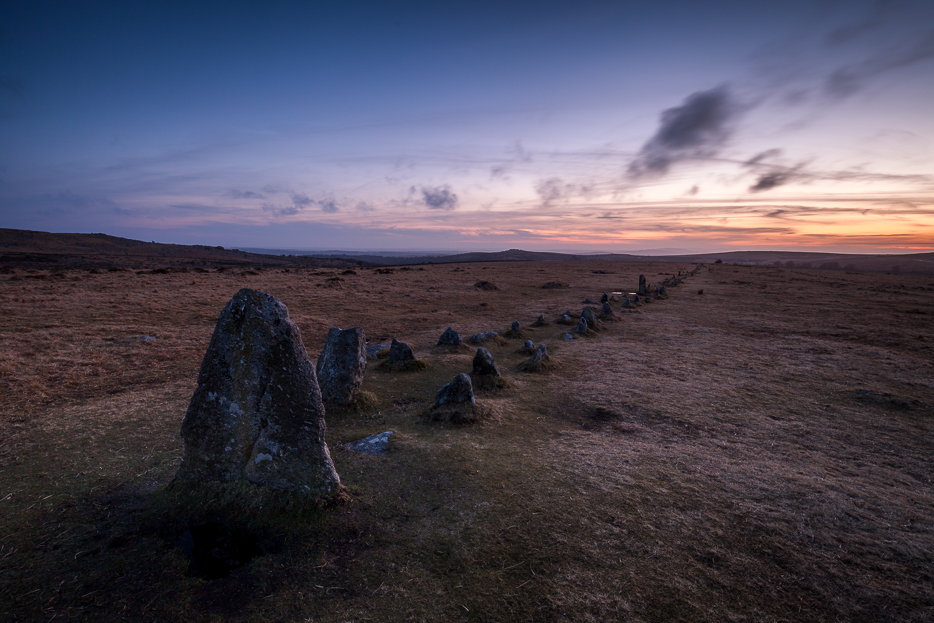 The ancient Merrivale stones on Dartmoor

I was hoping to get a stunning set of photos of the ancient stones at Merrivale during the sunset. I managed to get a few that were OK so I am quite happy. I like the composition in the above photo; especially the cloud that is above the end of the stones which I feel balances the scene. The clouds were whizzing past, it was pretty cool to watch, especially come the end of outing where the clouds were just kissing the top of Staple Tor as they floated past. 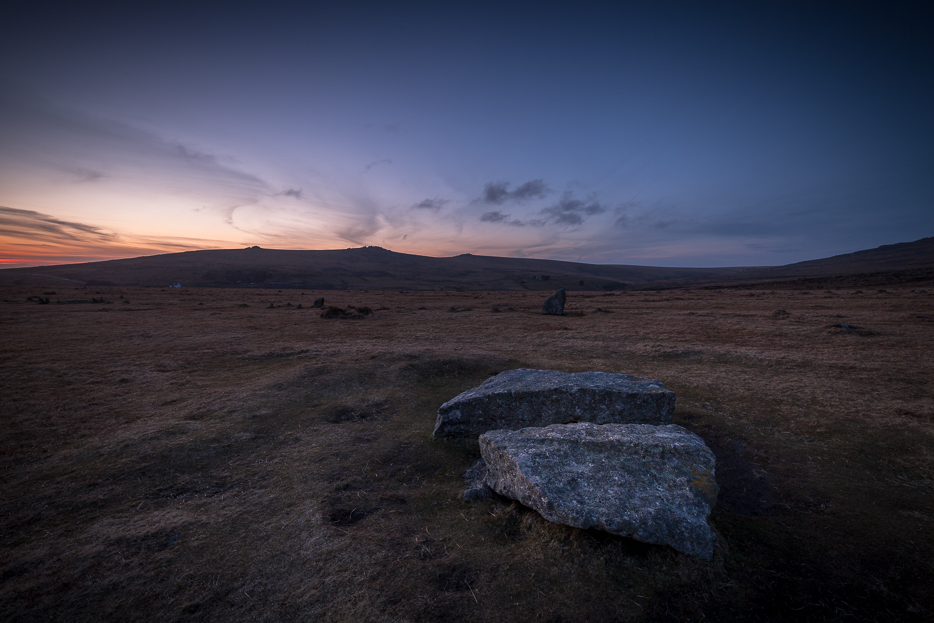 The Merrivale cist lies near the stone rows.

One of the last photos I took was of the cist. The cist cap stone was supposedly damaged by a farmer as early as the 1800s that cut a gate post out of it. I love the subtle light and the tors in the background.

If you haven’t visited the Merrivale rows and circles they are well worth a visit. The area is just beautiful, with several tors surrounding it that are equally great to visit.