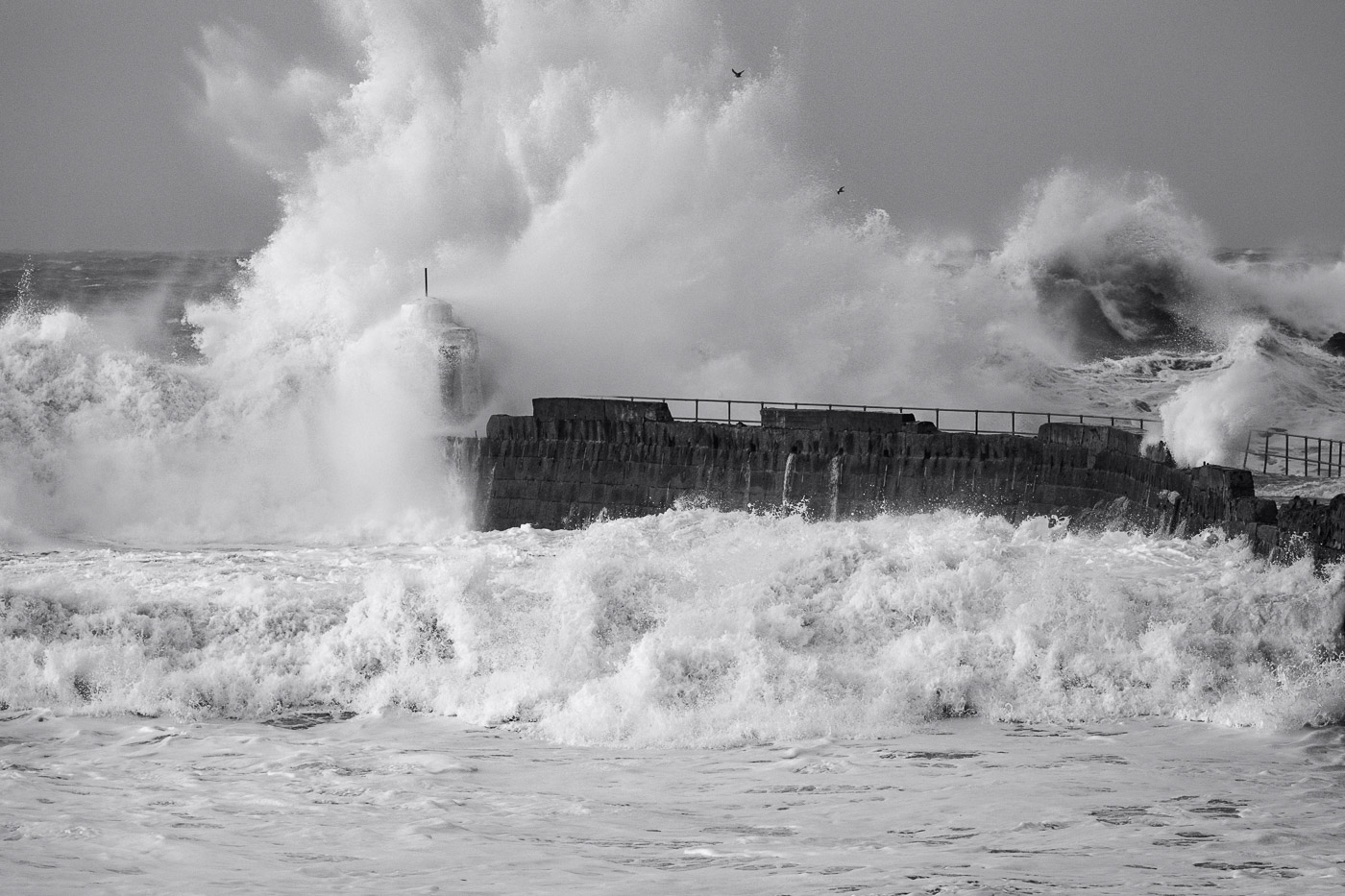 During a storm, witnessing the power of the sea can be almost hypnotic. I went to photograph the giant waves at Portreath in Cornwall with my friend Adam.  The rain and sea spray were blowing ashore in a horizontal fashion; We were both completely soaked before we even got our cameras out. While staying as safe as possible, we began to capture the amazing display that Storm Ciara was providing.

The little hut at the end of the breakwater that was used by harbour pilots in the past is known locally as the “monkey hut”. It was being dwarfed by the sea. When this hut was in use, it must have been terrifying to be in it during storms. Some of the waves were crashing as high as the surrounding cliff tops, dwarfing the landscape. Often it looked like the birds were getting caught out as the waves reached them.

There were many giant waves that looked very similar in character. Every so often though, there would be one that danced across the horizon in the storm force winds. These were the ones that I was after. The image below is one of these waves. As it crashed, the wind combined with the force of the sea to make the splash disperse at an odd angle. 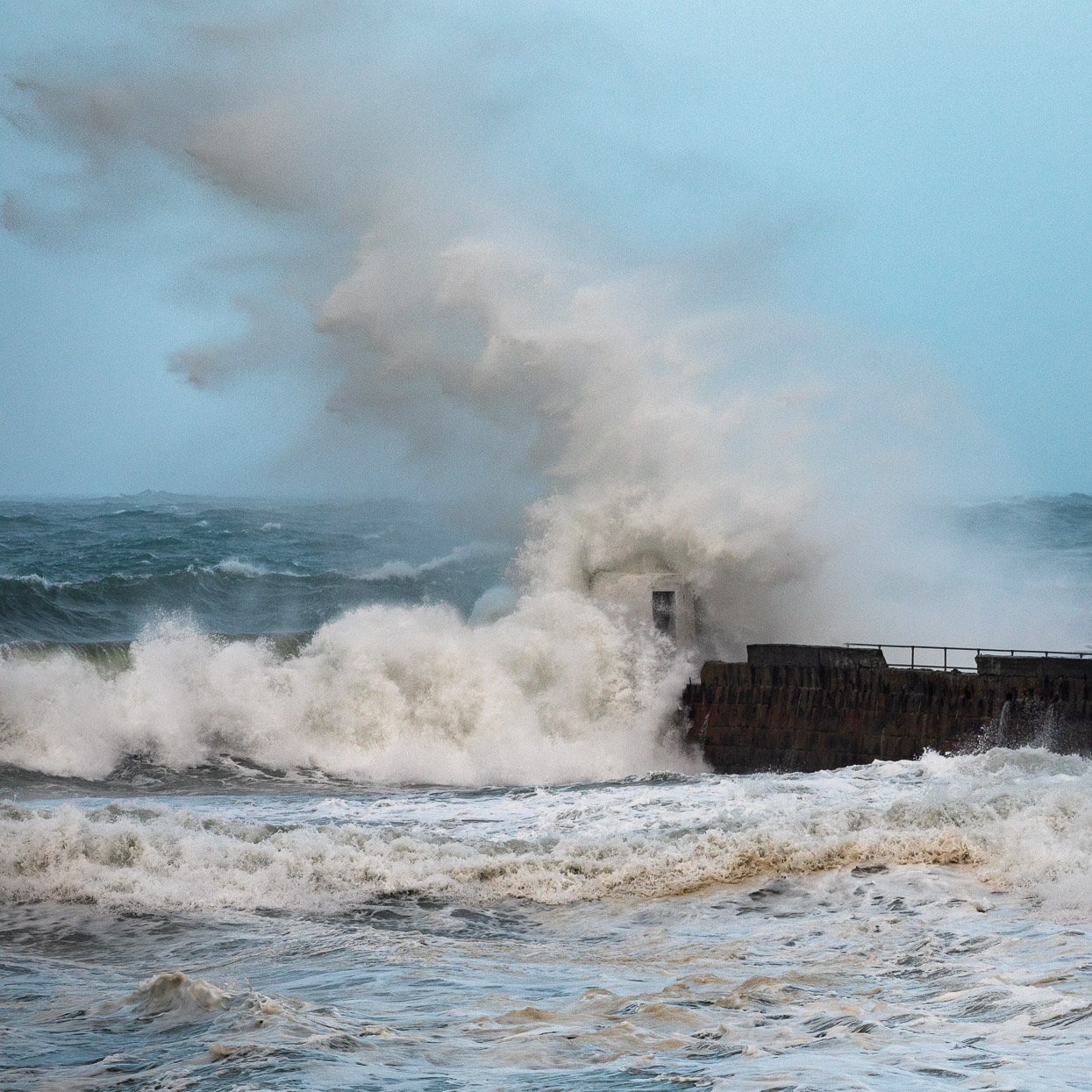 A giant wave towers above the breakwater at Portreath, Cornwall during storm Ciara.

Nowhere is safe from the big waves

The cliffs that surround the harbour at Portreath are quite large. It could be all too easy to think that you were safe, beyond the reach of the ocean from them. This wasn’t the case though. Some of the waves swept up and over the tops of the cliffs and could easily sweep you off of the top. I ventured near to the top of one of the cliffs to look for a different composition, but the wind was so strong that I could barely maintain my footing. One wave could easily have taken me to certain death.

Retreating down to sea level I found a much safer place to photograph from, with my 70-200 lens. It is important to stay safe when photographing extreme weather. It is not just your life that you are risking, but those of the brave men and women that will try to save you too. There were lots of coastguard staff on hand. The area is popular during storms, and there was easily fifty or more people spectating. I take my hat off to the coastguards that were there to safeguard everyone. 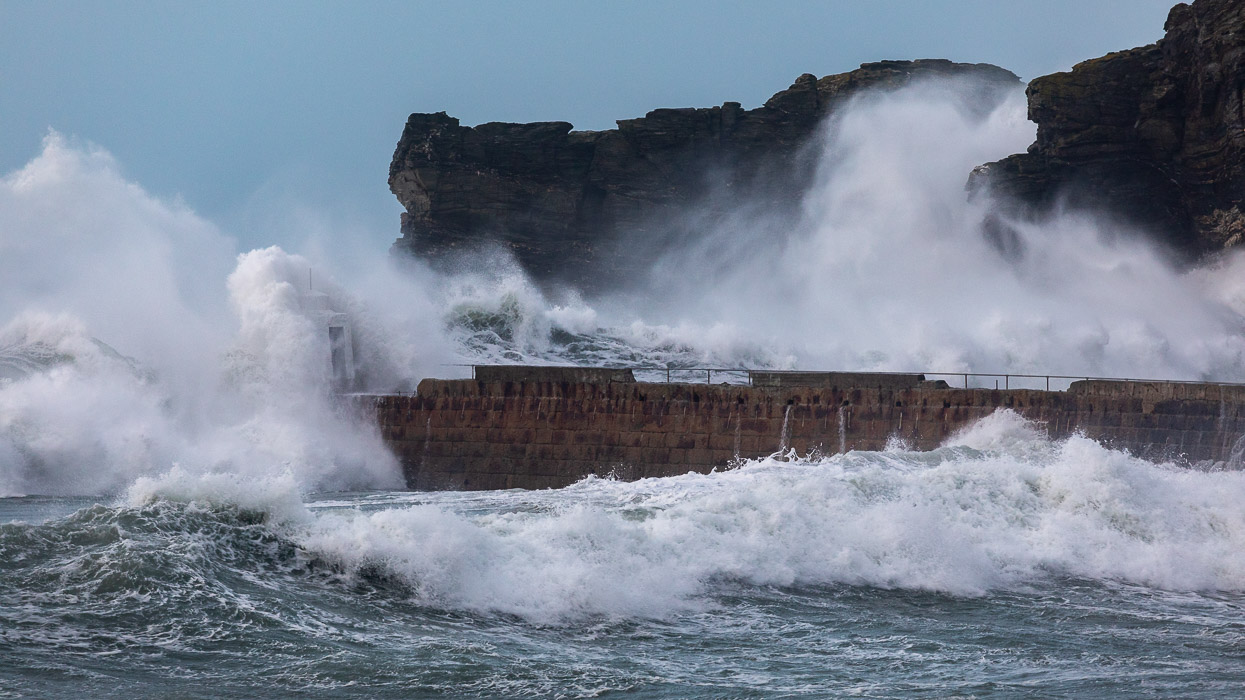 Giant waves during Storm Ciara. Not even the tops of the cliffs were safe.

Is the way you view photos influencing your photography?