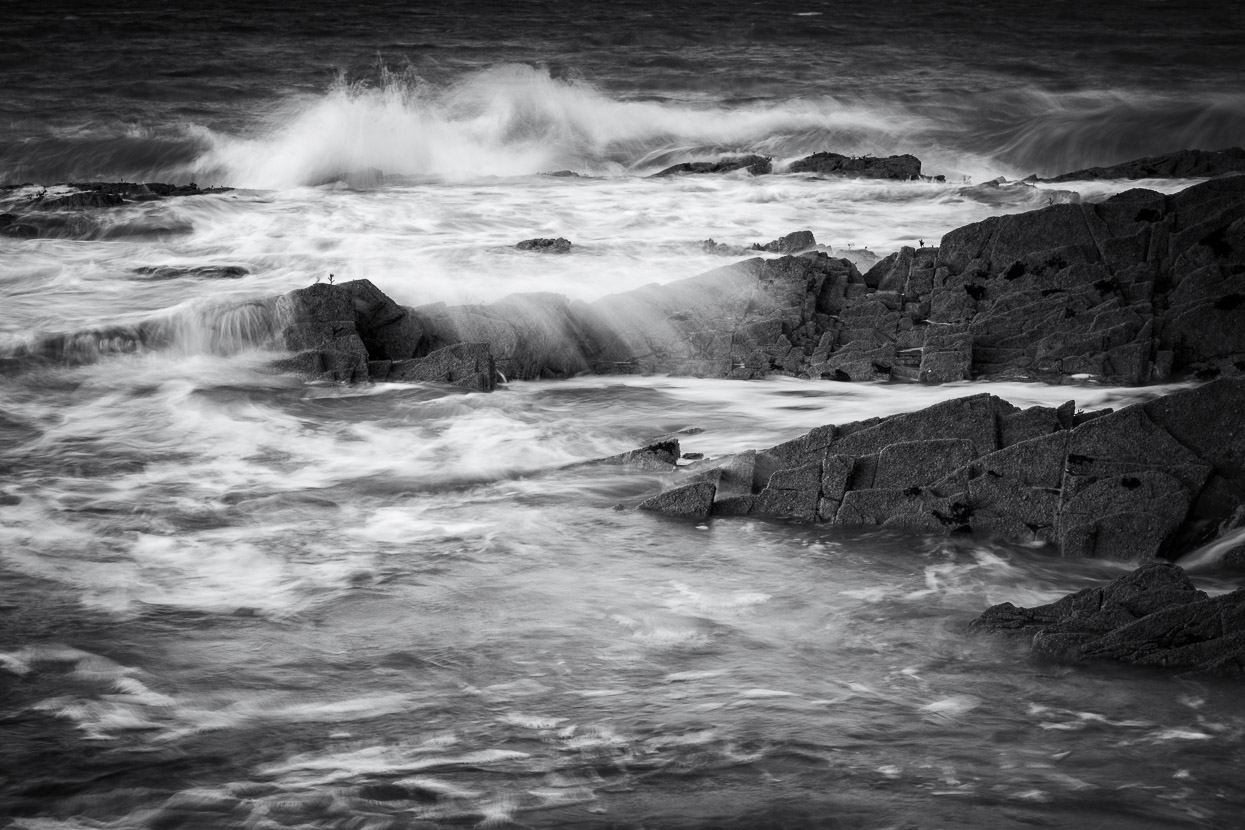 The sea was choppy as the evening approached at Westward Ho! The rugged north Devon coastline is always a joy to photograph when there is a bit of drama in the sea. There is just something about capturing the energy and motion of waves crashing over the rocks.

I was quite far out on to the headland as I ventured out to the water’s edge at low tide, when I found these boldly shaped rocks that had the waves crashing over them. The vast exposed rocks during low tide offer an endless supply of striking features to capture. While toying with different photo compositions, I noticed several marine plants attached to the exposed rocks, almost growing in defiance of the waves that were repeatedly battering them.

I managed to time this exposure so that there were waves crashing over the rocks, while the plant life was still visible. It was remarkable how sturdy they were even when subjected to the full force of the waves. This image is a cropped slightly to remove the sky; On hindsight I felt it added little to the final image. I opted for black and white to simplify the image, and I felt it conveyed more mood.

While I was walking along the rocks I was sad to notice a washed up dead seal pup. I guess it had been killed by the recent storms Ophelia and Brian. From what I have read a lot of seal pups were killed by the two storms, especially around Wales. It just shows that nature is indeed beautiful but cruel.