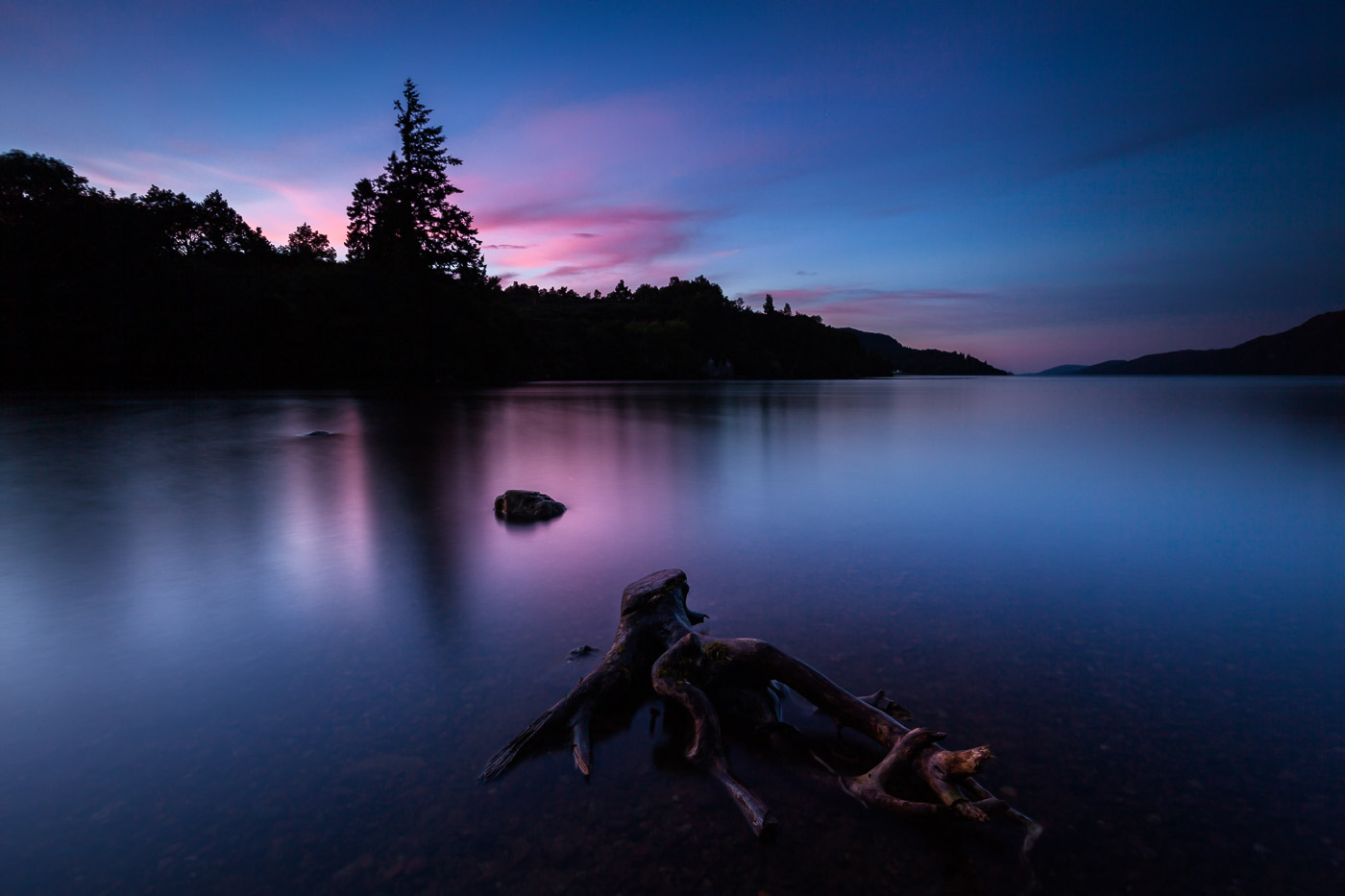 I have just returned from a holiday in Scotland with my family. While we were there I was keen to make the most of the amazing scenery with my camera where possible. We rented a beautiful holiday cottage in Fort Augustus, with Loch Ness just a minute or so walk from the house. The evening looked like it had a lot of potential, so I headed down to the southern end of the loch, having scouted a nice spot there earlier for the sunset. I wasn’t sure what sort of luck I would have due to the way the sun sank behind the mountains much before the actual sunset;  Instead I banked on some beautiful colours, especially during the blue hours to compliment any compositions.

On the shore of Loch Ness

With my tripod resting half in and half out of the water I made use of the tree stump that breached the water as a foreground interest in my composition. This worked well with the trees and mountains as they stretched beyond the horizon. The sunset itself didn’t offer much of a display on this occasion. Any of the minor displays in the sky were behind me and no good for my compositions. As the twilight took hold though, the cloud began to have a beautiful magenta glow. By now the silhouette of the woodland and mountains didn’t feel strong enough, however there was a large alder tree on the western shore that stood way above anything else on the horizon from my viewpoint.

I composed my shot so that the tree was silhouetted against the sky and surrounded by the magenta cloud. This photo is one of 2 images that I captured. In this one the colour is a little subtler as it had already begun to fade. I used my Lee Big Stopper to smooth out the water which really helped to simplify the image.

I have taken quite a few photos during my trip and will post some of them over the coming days/weeks; I’m also working on my next YouTube video. Have you subscribed to my channel yet?