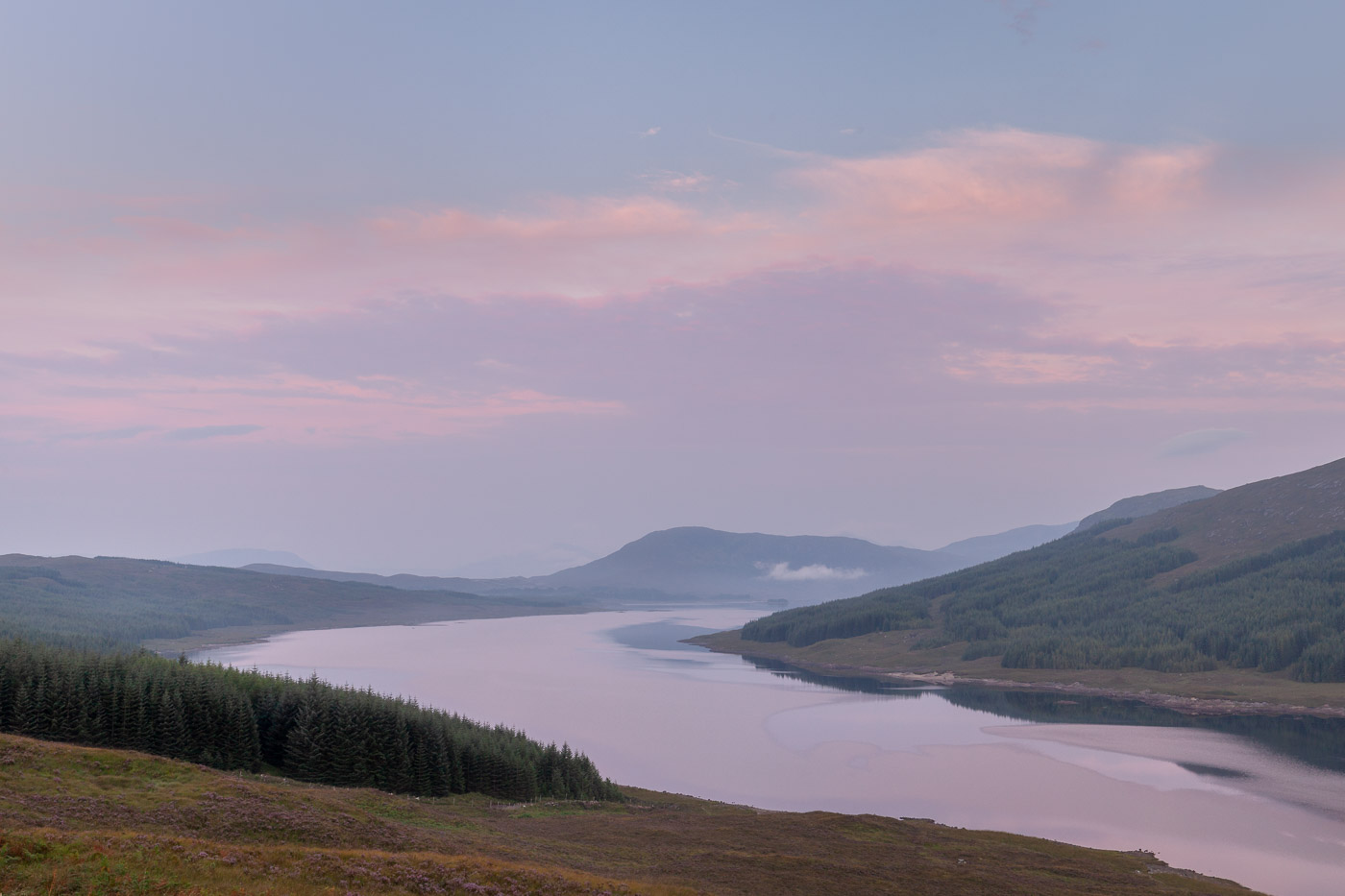 As I headed out of our holiday cottage in the Scottish Highlands way before 5am I was still a little daunted by the thought of trying to capture everything around me. Being a stranger to the area, my photographic senses were on overload, and I had to tune them enough to focus on specific subjects to allow me to create compelling images.

You have to put yourself in front of beautiful things

Sometimes you have to just put yourself in front of beautiful things and capitalise on any magic that happens, and this is exactly what I did for this morning’s endeavours, heading up the A87 to photograph locations that I had scouted the day before.

I started a Loch Loyne. Looking south west, the view was stunning, with the loch bending towards the mountains as they were progressively obscured by the morning mist. The magenta tones were beautiful. The only thing ruining the scene for me was the midges that were feasting on me!

A perfect day for filming

I was filming for my photography vlogs while I was taking photos and I picked a great morning for it. The sky behind me was even more dramatic, but I preferred the more subdued magenta lighting over the mountains. I think the trees that line the western side of the loch really add to the scene. As I was about to leave the light became even more vivid, so I captured the panorama above.  Surrounding me were loads of little rock cairns built by visitors. By day this spot is heaving with visitors and it is easy to see why. 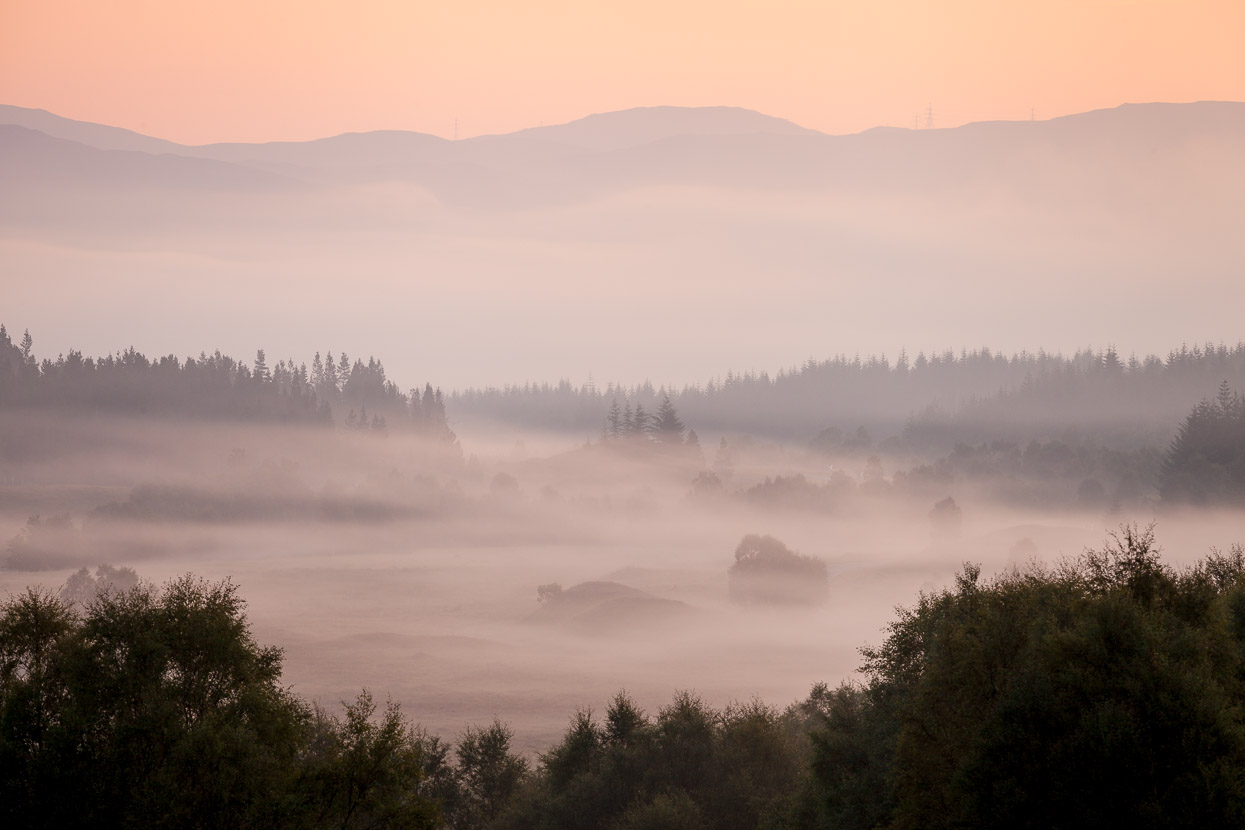 The sunrise light illuminated the morning mist over the north end of Loch Loyne in the Scottish Highlands.

Once I finished shooting the magenta skies over Loch Loyne I headed to the north end where this stunning morning mist was swirling around the trees. All of the layers gave a wonderful sense of depth, which I captured by zooming in fully on my 70-200 lens to create a strong composition.

I have more photos from the morning’s efforts but will post them in several more focused posts. I have also made a photography video about this trip on my YouTube channel. Why not check it out and subscribe to see my future ones.

I intend to return to Scotland as soon as I can, and would love to dedicate a lot of time to capturing the many scenes there. I think I could happily have several years work and not even make a dent in what is available. If you haven’t already, you should really visit there!

Here is my video from the morning. You will also get a preview of some of the upcoming photos in my next posts: 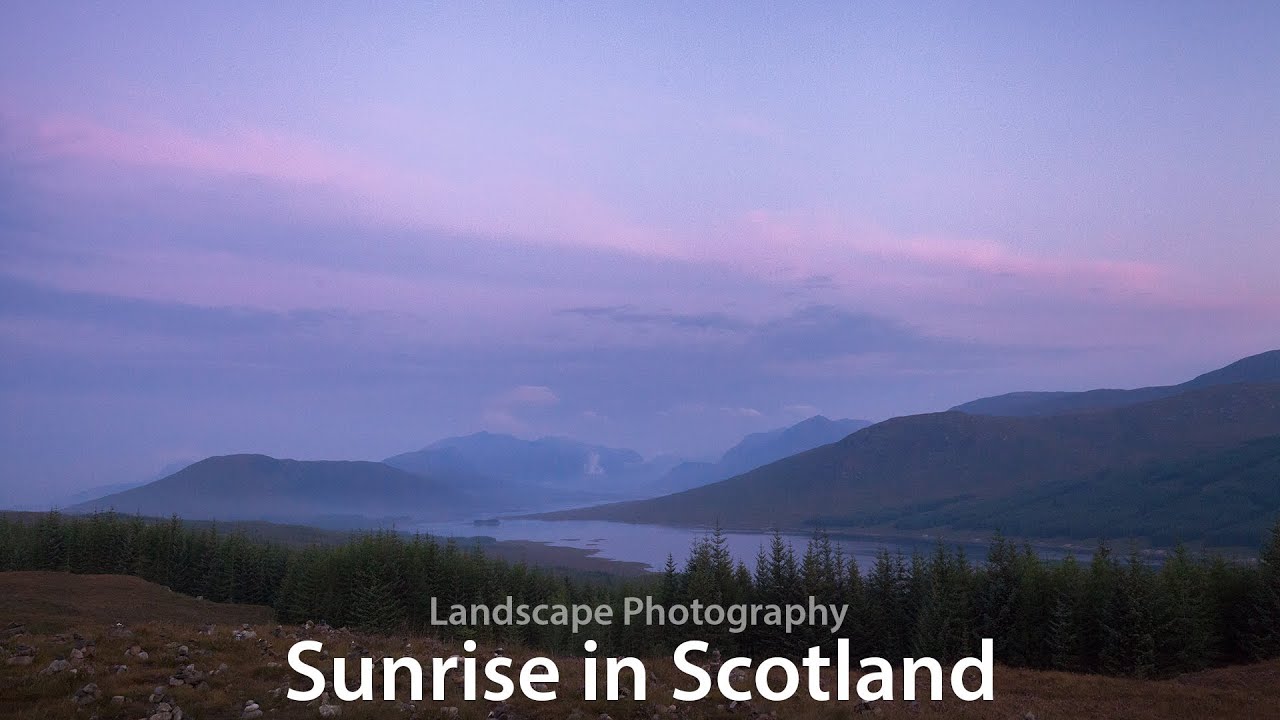