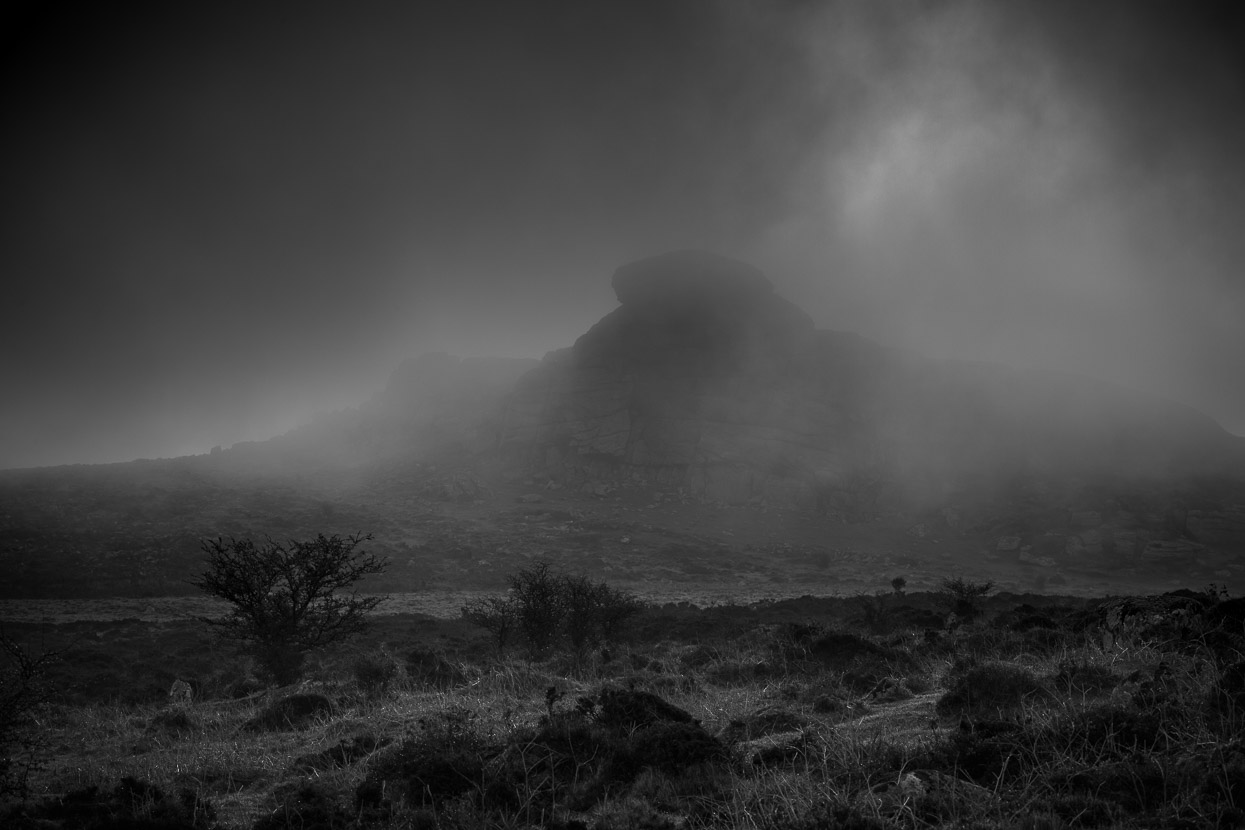 Dawn in the Fog on Dartmoor

I headed to Dartmoor at the weekend for sunrise. It was the Ten Tors weekend so after checking the maps I decided to head for the East of the moor where the event didn’t extend to.  The weather did forecast fog for the area but you can only be sure once you get there and see with your own eyes.

Because the fog was so thick I decided to try to get some different photos of the area around Saddle Tor and Emsworthy. I really like to revisit areas in varying conditions to try to get the best photos that I can from each place. As I was trying to find a composition the fog lifted for a few moments; just enough to extend the range of visibility and show the muted sunrise colours as they tried to penetrate the fog. It was really beautiful; a moment I decided to just soak up and watch as I had no shot set up.

After a few hours the fog began to show signs of being less dense. I found myself constantly watching distant features ebb in and out of it. The photo above is one that I took of Hay Tor as it was showing enough to be a strong feature in the image while still being obscured. I really loved how the light of the sun could barely be seen but add drama to the scene as it shone from beyond Hay Tor. I took this photo from the Emsworthy/Holwell rocks area with my 70-200 lens. I used the tree to try to give some sense of scale. It would have been even more impressive if I had have used a lower viewpoint but I am still happy with it. Eventually the fog gave way to the sun and I found myself enjoying blue skies. I found myself wandering around in just my t-shirt and trousers; a sure sign that the warm weather had finally arrived. Before heading back to the car I went over to the area around the Emsworthy barn. The bluebells are just starting to sprout through the ground and the trees are beginning to get their leaves. I think it makes for a nice scene. I can’t wait to photograph this spot when the trees are in full leaf and the bluebells are in full display. I will have to get there at the crack of dawn though I am sure as it is a really popular spot. I just have to hope that everyone isn’t fed up with bluebell photos by the time Dartmoor reveals her treasures!