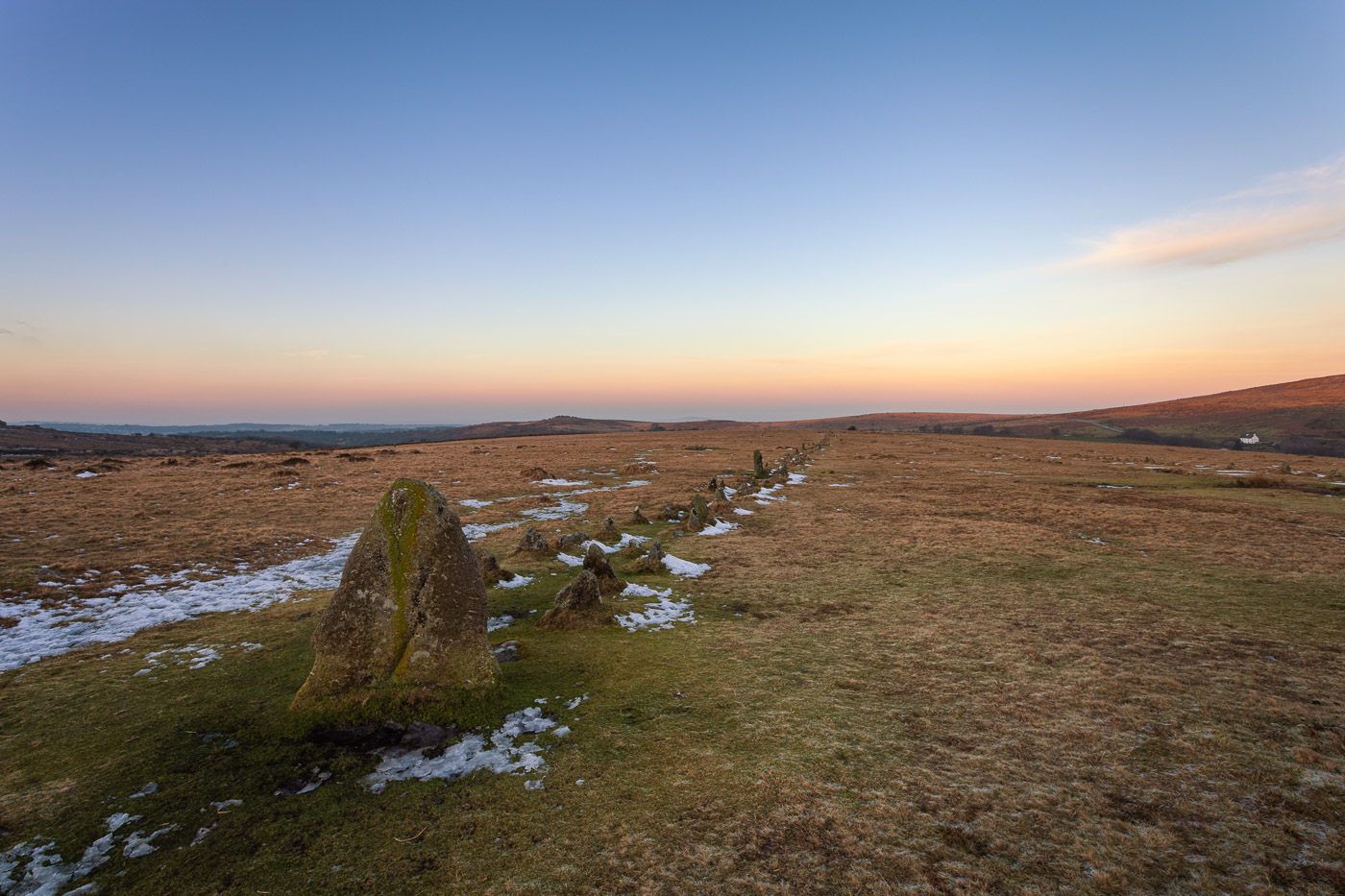 The Merrivale Stones at Dawn

It’s getting to about that time where we can expect the odd flurry of snow here in the south west of England. While it will send plenty of people into panic mode for us landscape photographers it means a time of excitement, and many of us are already earmarking locations to take scenic seasonal photos of the snow (assuming it materializes of course)!

The snow had almost totally melted away

I took this photo of the stone row at Merrivale on Dartmoor last year as the snow had almost totally melted away apart from the peaks of the tors that surrounded me. The sky was a beautiful colour as the sun peeked above the North Hessary Tor behind me. I wanted to shoot away from the sun to avoid having the TV mast encroaching on the scene. Watching the sun spread its reach across the moor as it gets higher and higher is quite a site. When I took this photo, you can just see the line of the sun starting to hit the tor on the top right of the image.

I look forward to photographing the Merrivale stone rows and circle again; as soon as I can get there with some really favourable light. I don’t think I have managed to photograph half of what they have to offer yet.