Landscape photography at sunrise is always a challenge during summer, especially when you want to take photos a long way from home. At the weekend I chose the Cobb in Lyme Regis, Dorset to be my next sunrise photography location. I dozed on the sofa rather than go to bed; I never seem to manage to get to bed early, and dragging myself out of bed at 2am is something I find really tough.

The drive for the most part was the same route I took on my last photography trip to Portland. The sky was really clear and I was tempted a few times to stop and photograph the stars, or low lying fog that graced the valleys. I managed to resist distractions, and got to Lyme Regis with plenty of time before sunrise. Often I find myself rushing to a location, trying to find my first composition of the day so it was quite refreshing! The extra time gave me plenty of time to form an idea of what I intended to shoot; I also had plenty of time to set up my other camera to record video for my new YouTube channel which has been a challenge so far but fun.

The sea was really calm which made the morning quite serene. The only noises were the gentle lapping of the waves, seagulls and the splashes made by the fish breaking the water around the harbour. In the photo below, I wanted to make use of the harbour wall of the Cobb as a leading line. The Cobb has a beautiful texture. I initially wanted the lights on the aquarium to go off, but on hindsight I think it really makes the photos have a bit more depth. The aquarium looks like a row of houses because of the way it looks. I love how the sun began to illuminate the sky before it broke the horizon. 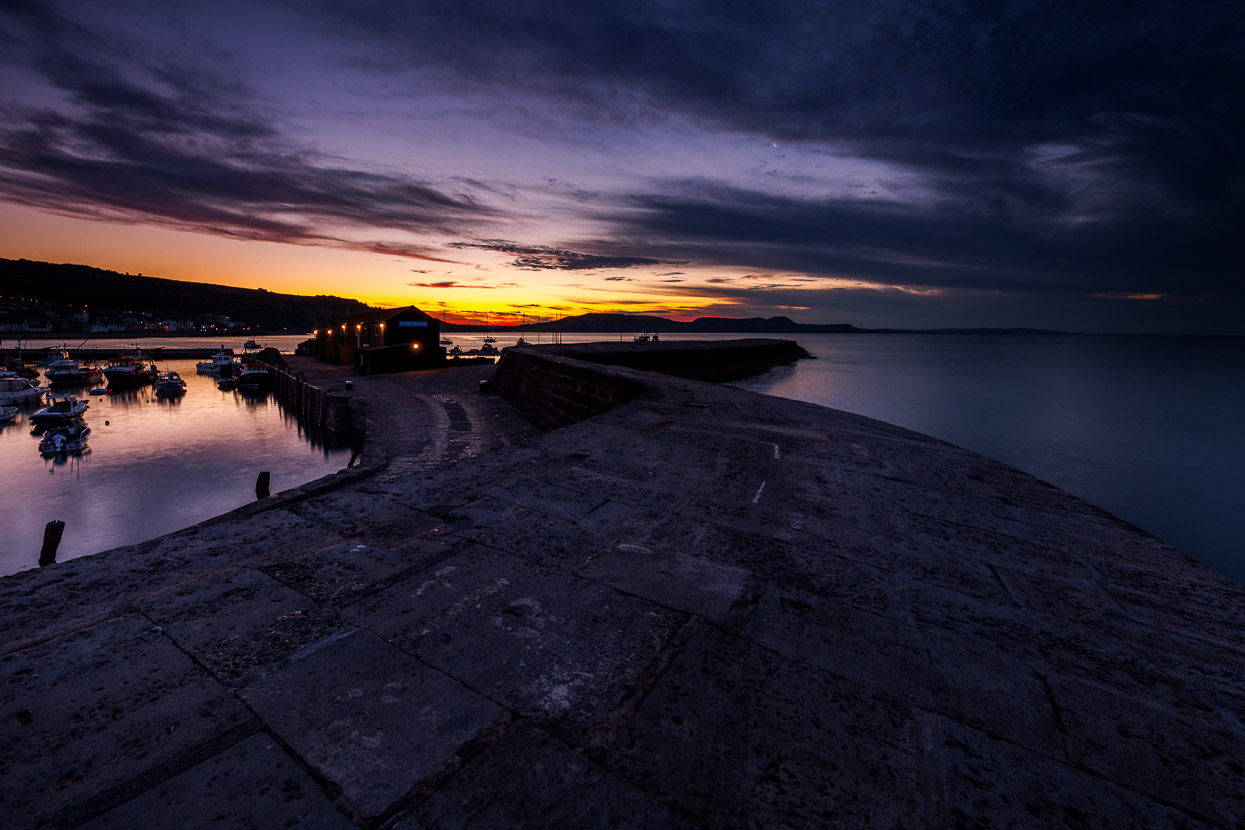 Photographing the Cobb before the sunrise at Lyme Regis, Dorset.

As the sun got higher the clouds had an amazing magenta hue which I captured in the main photo of this post. It was beautiful to see, making the travel and very little sleep worth it. By this time another photographer had joined me on the harbour wall, so we tried to ensure we didn’t ruin or photobomb each other’s shots too much.

The Marine Aquarium and boats at the Cobb harbour looked stunning in the subtle dawn light.

The magenta hues turned into shades of orange as the sun began to chase away the twilight. I loved how the scene was reflected in the calm waters of the harbour. I love boats, and this was a great place to capture some of them in a great setting. You can see the other photographer further along the Cobb in this image. I chose to not remove him from the image, as I think he is a subtle part of the scene that reflects how popular the area is. 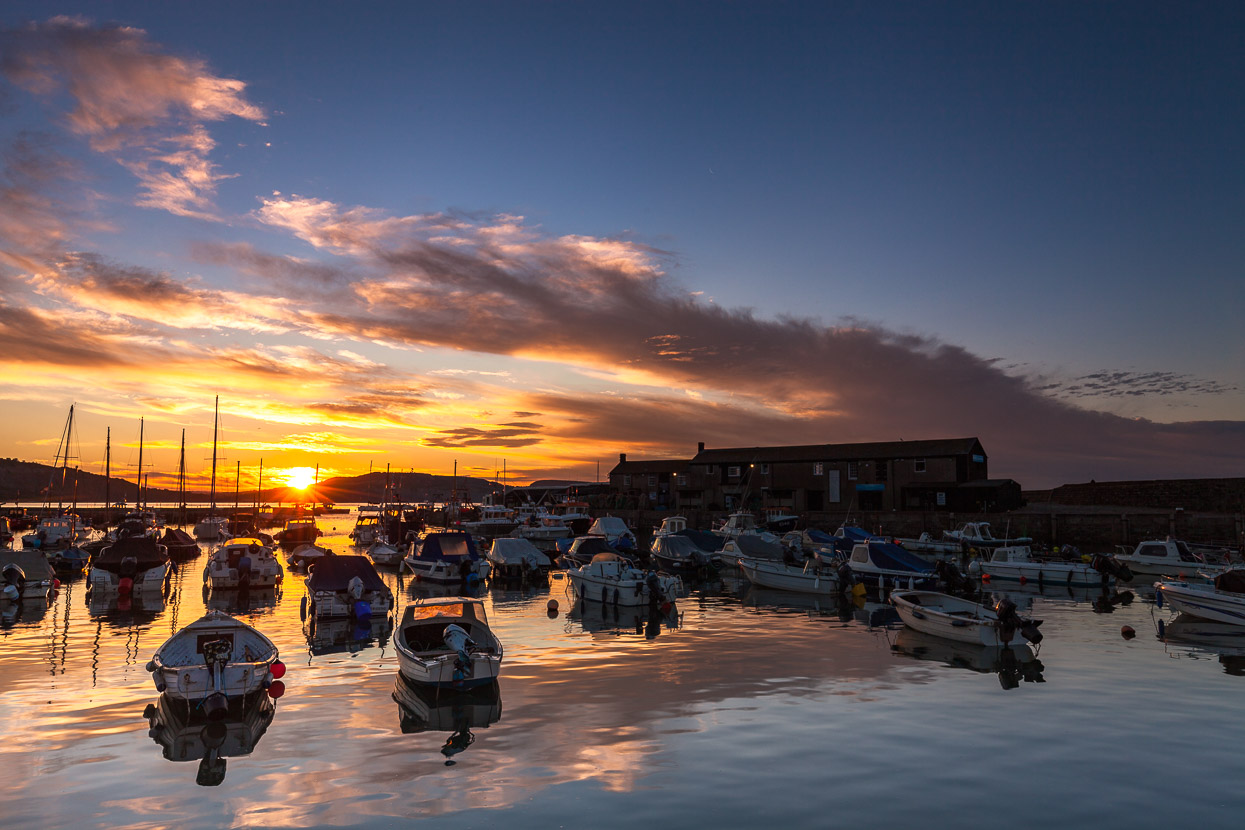 The sun breaches the horizon illuminating the boats in Lyme Regis harbour on the Dorset coast.

The rising sun illuminated the boats in the harbour

When the sun finally broke above the horizon the colour was vivid as it illuminated the boats in the harbour. I loved photographing this composition and position of the sun meant that I could include the aquarium buildings perfectly. While they aren’t the first thing you notice it is them that ensure the stamp of the Lyme Regis harbour is present. Without something to represent the area and make it recognisable it could be an image taken anywhere.

I got plenty of other great photos but think these make a nice set. I may post more on social media or in another post.

As I have mentioned a few times on social media and in recent posts, I have now started a photography YouTube channel. I intend to document some of my photography trips and just see what develops. It has added another dimension to my photography trips and is something that is fun and really challenging. I would appreciate it if you would take a look and subscribe; I’d love to hear what you think about what I have done so far, hopefully the videos will keep getting better!

Here is my latest video from this trip: