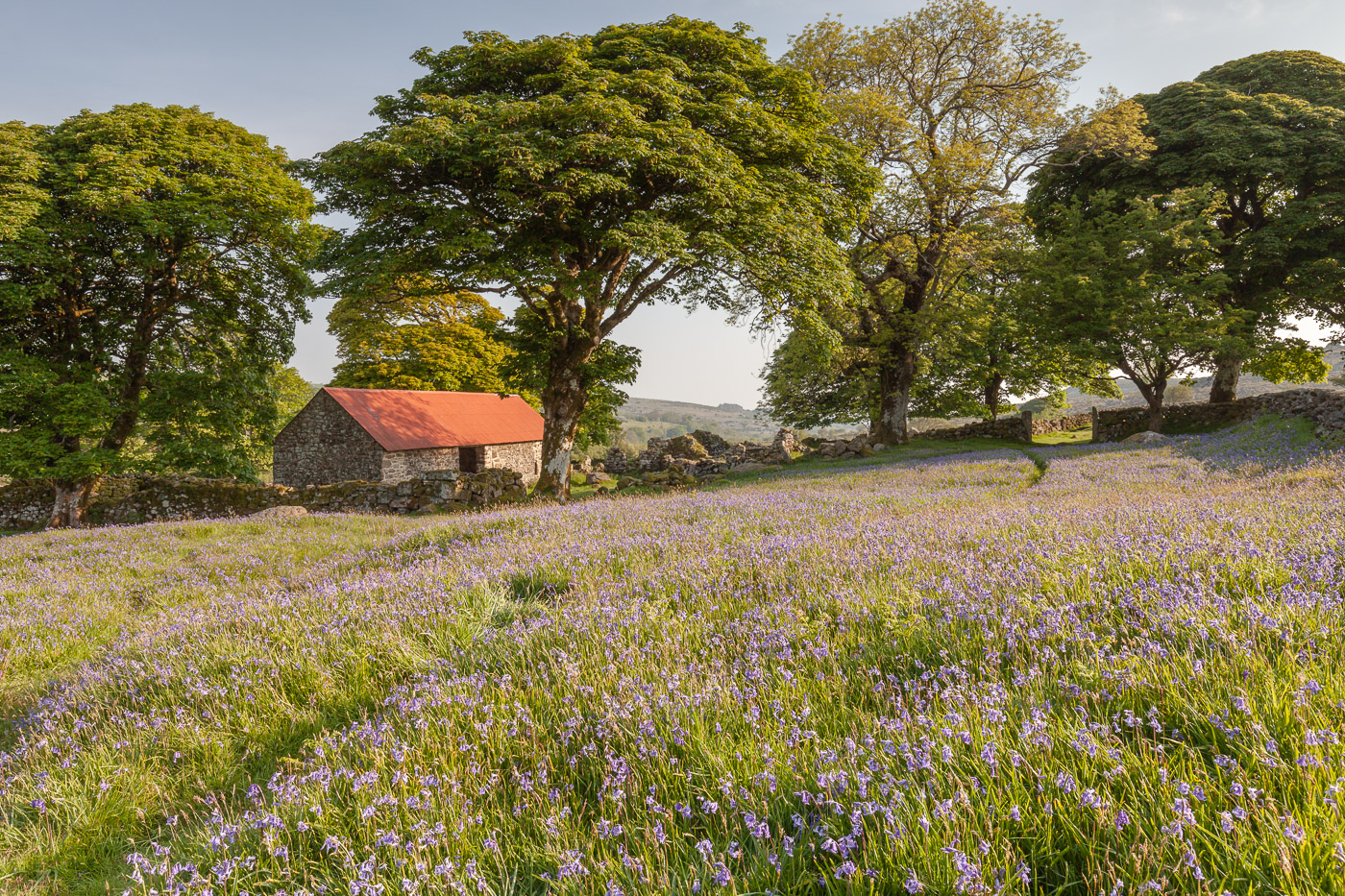 With the weather forecast looking favourable I headed to Dartmoor national park for sunrise. My main goal for the day was to visit the barn at Emsworthy to photograph the bluebells. Having seen bluebell photos across social media for weeks it has seemed to take an age for the Dartmoor climate to catch up. I went to Haytor first before heading to Emsworthy when I knew the sun would have lifted above the tors enough to illuminate the bluebells.

Due to the nice weather and it being a Sunday I was expecting to see loads of other photographers. I was grateful to there being just two, which left me plenty of room to wander around, working on different compositions. 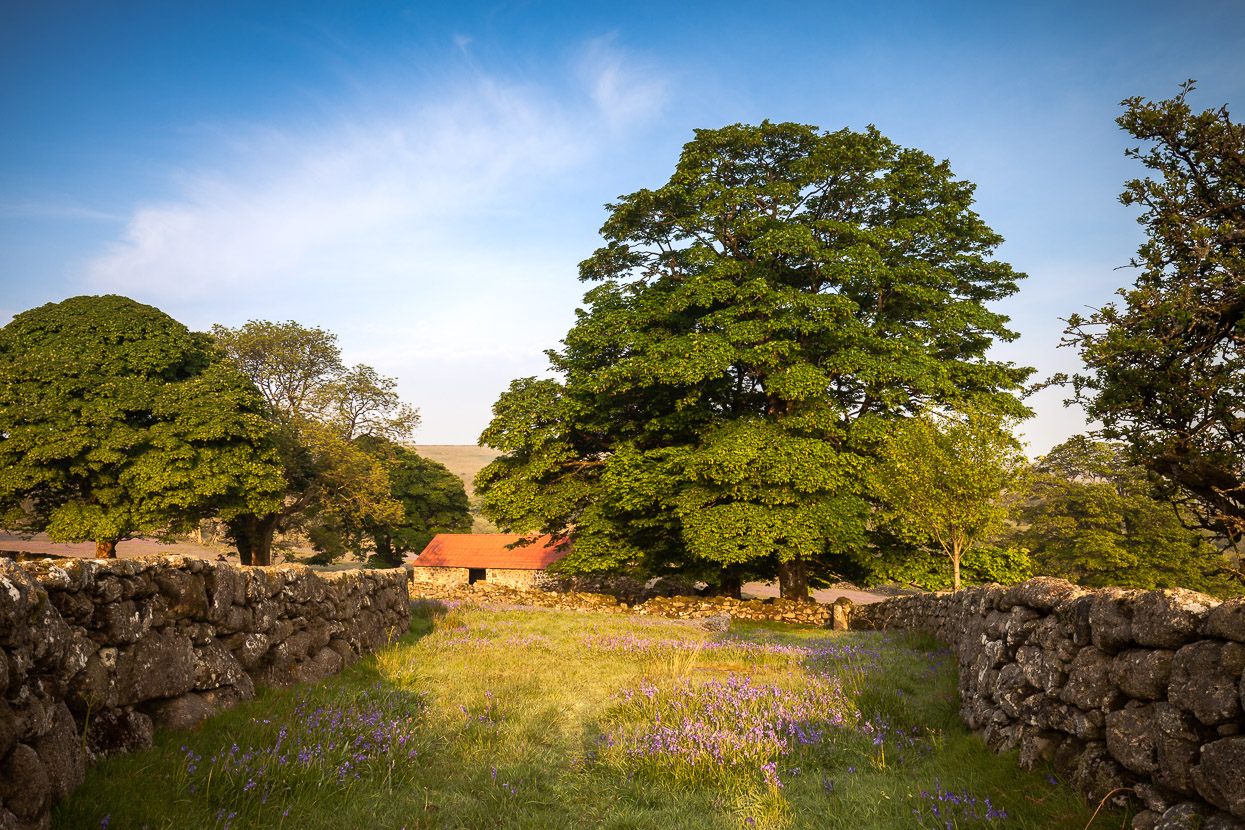 As I approached the barn the scene before be was beautiful.

While the bluebells were one of my main focuses I wanted to make the most of the morning light to capture other elements too; especially around the barn which is really photogenic. As I approached the barn I loved how the two stone walls led into it. I like the contrast between the shadows and the way the sunlight was hitting the grass before me. I thought that the small token bluebells also added to the composition.

In the photo if you look carefully you can see one of the other photographers. I would have removed him from the image, and would do for a print or publication, but it leads well into the story! After working the eastern side of the barn, I wanted to move over towards where the other photographers were. Approaching them, I said I had done my best to stay out of their shots and we exchanged pleasantries. As we did so I recognised the pretty distinctive tones of David Clapp, who was there with a friend.

I love to chat to other photographers, but it rarely happens to be photographers that I follow. Especially when I have talked about them and how they inspire me in my blog post just days before. David was happy to chat for a while and it was brilliant. He is a really friendly chap; it was great to speak to him, and if anything, he has inspired me even more now! We chatted for a while and were mauled by the midges; one of my arms now looks like a dot to dot puzzle! 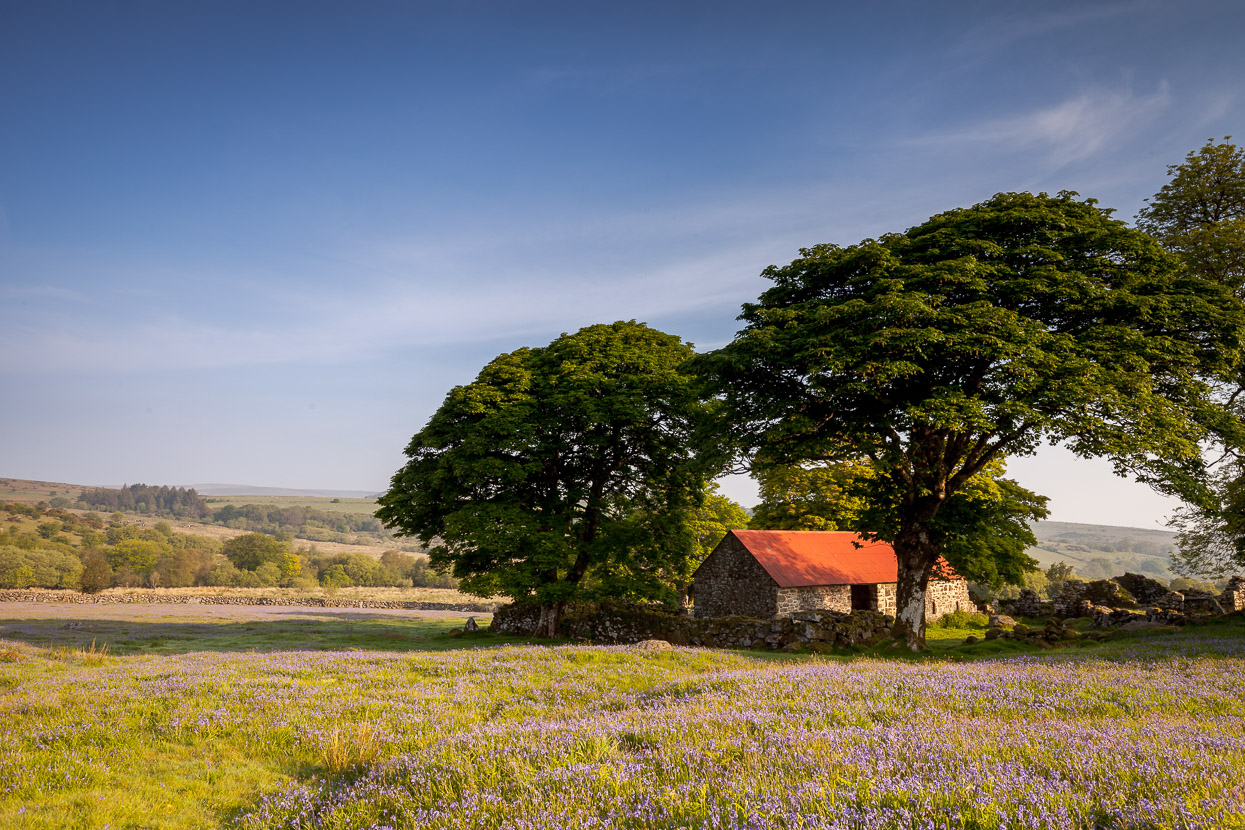 From behind the wall there were only a few ideal spots for a good composition. I took this photo while David and his friend were packing up to head off. By now the sun was getting quite high but the scene was still workable. Photographing this barn is a pleasure; and this composition lends itself to sunrise and early morning. I am going to have to revisit this location for the early evening and sunset at some point to capitalise on the different compositions available here. 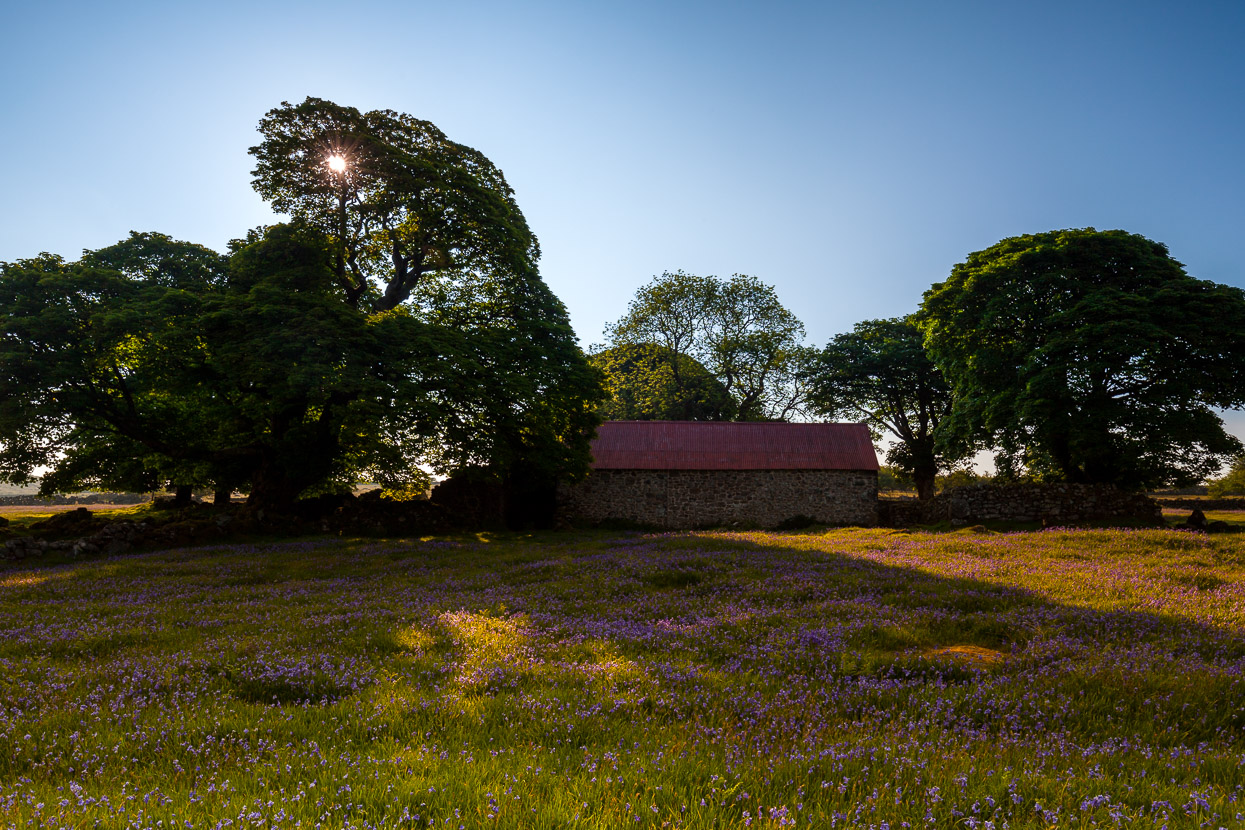 I liked how the sun was shining through the tree, and the way it dappled the meadow.

After David and his friend left I continued to try to work the area, able to go inside the boundary wall without getting in anyone’s shot. This is when I took the main image of this post. I like how the two paths lead your eye through the image, in quite a balanced composition.

I eventually made my way back to the car the long way through the rest of Emsworthy Mire which is managed by the Devon Wildlife Trust. On getting back to the car I changed my socks and shoes which were surprisingly wet due to the morning dew and had a couple of cups of coffee. The light was quite harsh by then so rather than take any more shots I decided to take the scenic route home across the moor before heading up the A386.

Driving past Foggintor and Merrivale there were loads of bird watchers with scopes waiting. I don’t know if a rare bird was expected or sighted, but they definitely were on a mission! All in all, I had a fantastic morning and even got home in time to watch the Grand Prix. Having got up at 3am though and not slept until well after midnight I had trouble staying awake. Thankfully I saw enough of the race and Lewis Hamilton bringing home the well overdue win. I hope you all had a great bank holiday weekend.

Why I love the golden hours, and why I am trying to photograph them less

Are Photographers Becoming a Public Nuisance?