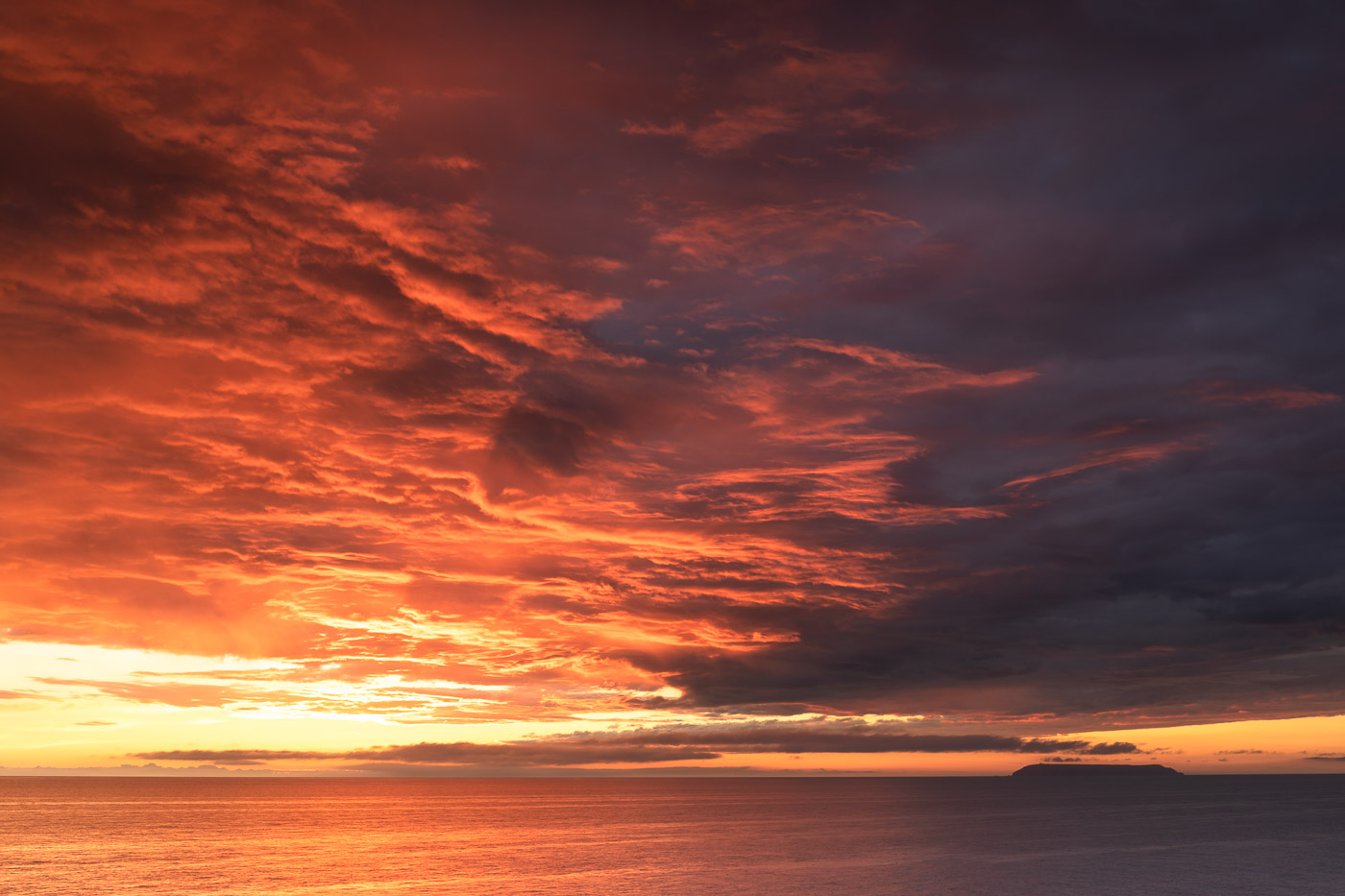 A Sky on Fire

When I arrived at Hartland with my friend, I was surprised to see the road down to the car park chained up. I guess to put too many people off congregating on the headland. It was still accessible on foot though and the place was deserted. While my friend headed off to the rocks I headed across the bay. I had spotted a couple of compositions in the geology that I want to capture. Heading back to ensure that I was not cut off by the incoming tide, I managed to capture a few images of the cliffs in amazing light. I may share some of them in a few days.

The stormy weather provided some dramatic cloud cover last night. The sky over Hartland looked like something out of a disaster movie. As the sun set, illuminating the cloud from below it looked like a fire was raging across the sky. I love the contrast of light to dark as the light transitions the scene. This is an image that most people will like except for other photographers. It looks like I have gone mad in Photoshop, but this is not the case.

As the drama really started to build, I was using my 70-200mm when I started to get “Err 01: The communication between the camera and lens is faulty” messages on my camera. I removed and re-attached the lens a few times. The message kept returning! Changing lens to my 24-70 in case it was my lens playing up I got going for a few shots and then had the same issue. I quickly tried to clean the contacts on the lens and body and managed to get some more shots while the drama in the sky was still in full flow. Today I am treating the camera gear to a good clean.