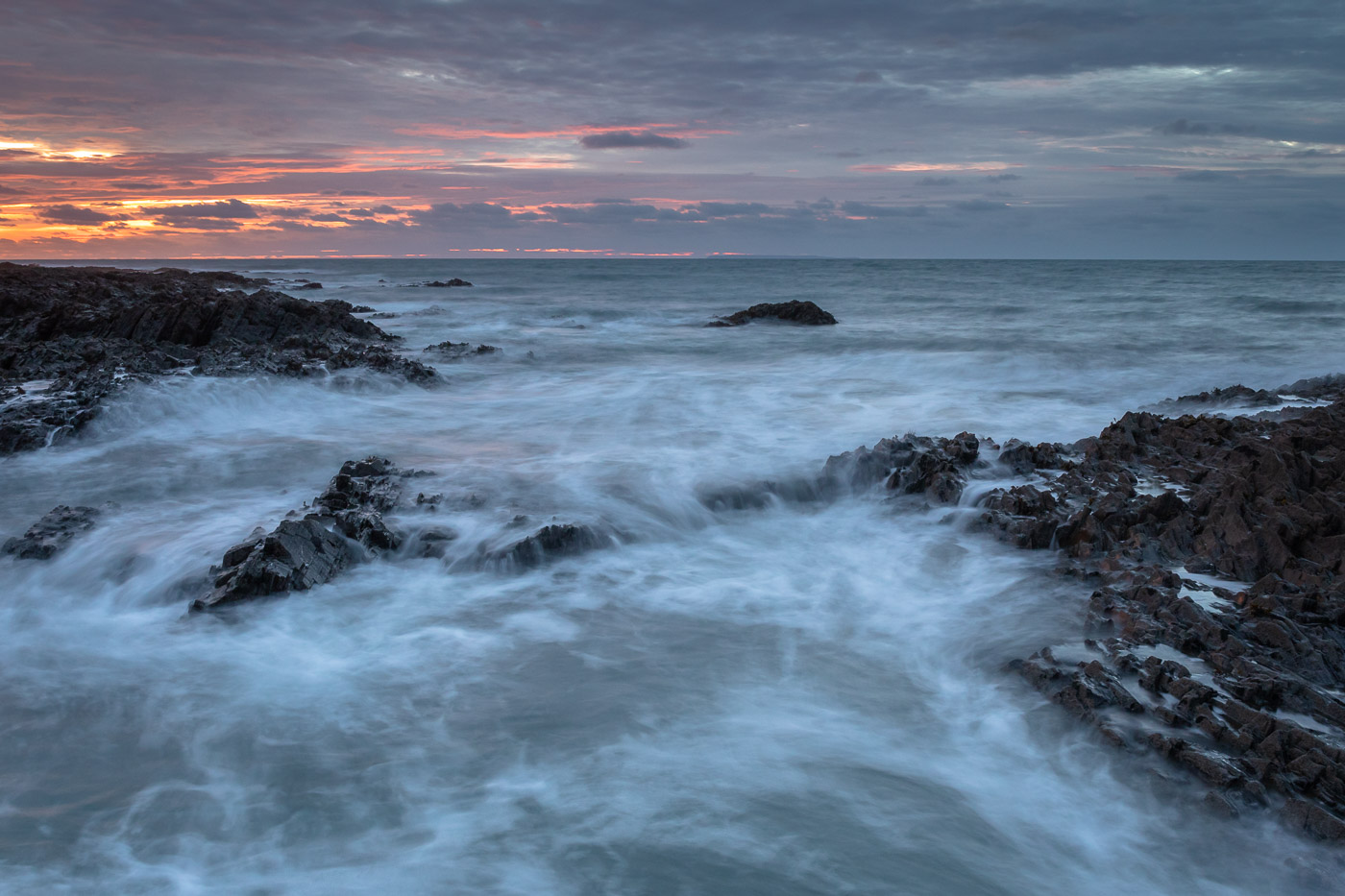 I often visit Westward Ho! in Devon to photograph it. The plateau of rocks on the west of the bay are dramatic and expansive. With the combination of weather, tide and light there is an almost infinite number of compositions to find there. The tide was low, so I ventured quite far out onto the rocks, working my way around the rock pools to avoid wet feet. During sunset the sun was largely obscured by cloud. However, the sky looked pretty good during the blue hour.

I like this position of the rocks in the composition apart from the one in the distance slightly off centre. Because of the position of the waves it is slightly more visible in this shot. I really like the motion of the waves as the focal point though and think that the drama there is strong enough to make the distant rock a mere afterthought. This could clone it out of course, but that isn’t something I generally do. I could have cropped in tighter on the right-hand side of the image. But the balance between night and day in the sky was more important for me. I love to capture scenes that show that transition of colour that occurs around twilight.