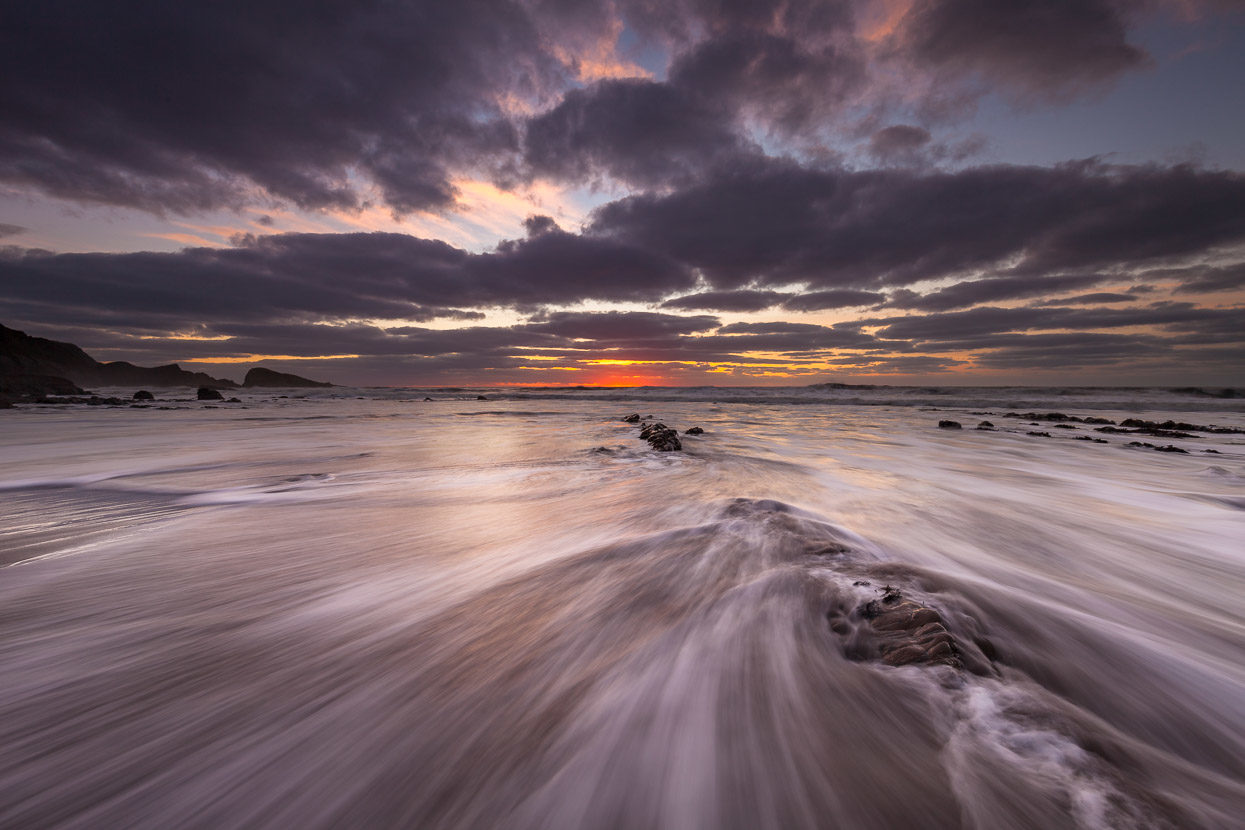 Heading to Welcombe Mouth to photograph the sunset, it was a stark contrast to the photos I took of the snow on Dartmoor just one day before. The tide was at its lowest just before sunset which meant that the sandy beach was visible, as well as the ridges of rocks that Welcombe is almost famous for.

When I took this photo I was glad that I had opted for wellies as the water crept way past where I was standing. Due to the shallow angle of the beach it doesn’t take much at all for the waves to catch you out there. I liked the motion of the water as it made its way around the rocks in my composition while the sun dipped below the horizon and the surf. The clouds were quite picturesque and I am quite happy with this photo and several others I took from this visit.

This is my first outing to the beach with my new Canon 16-35 F4 IS. I am very happy with the quality of it so far. One niggle that I have noticed is that I can’t attach my adapter Cokin Z pro filter adapter ring to the lens without removing the lens hood. It is only a minor inconvenience but another step to take compared to my 17-40L.