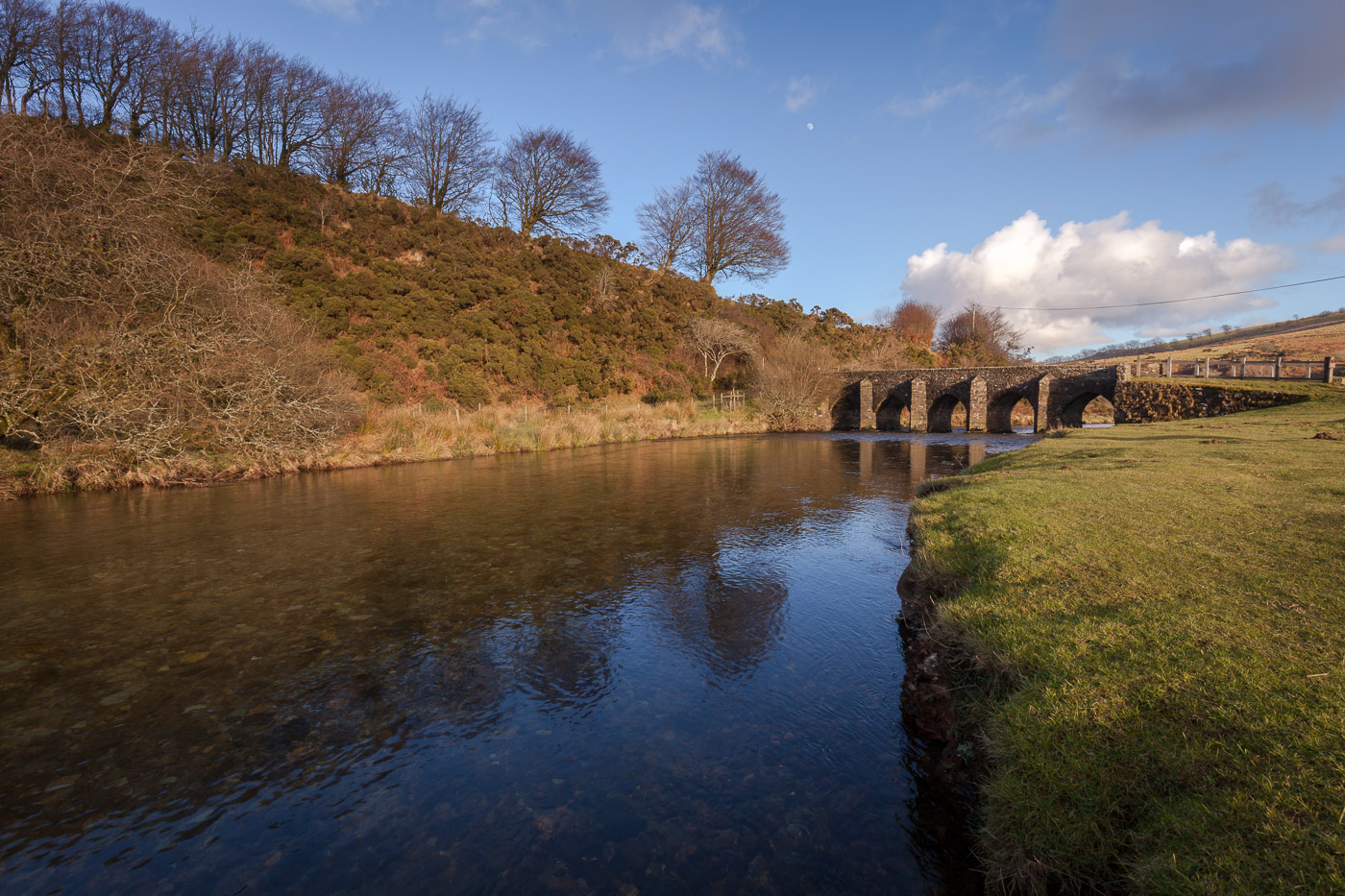 An Afternoon on Exmoor

I decided to venture out into the cold late in the day, so headed to Exmoor National Park. There was some nice clouds in the sky which gave me hope for some sort of drama during the sun setting. I haven’t been to Landacre Bridge for a long time so headed there for my first stop. The old arch bridge is quite picturesque and is quite remote. The only downside to this bridge photographically is a telegraph pole that is right in the wrong place, along with the cable attached to it. I decided to photograph it as part of a larger scene, showing the River Barle in its glory along with the tree-lined hillside on one side and the lush grass bank on the other that gives way to open moor. I don’t often remove elements from a photo but chose to remove the telegraph pole and cable. 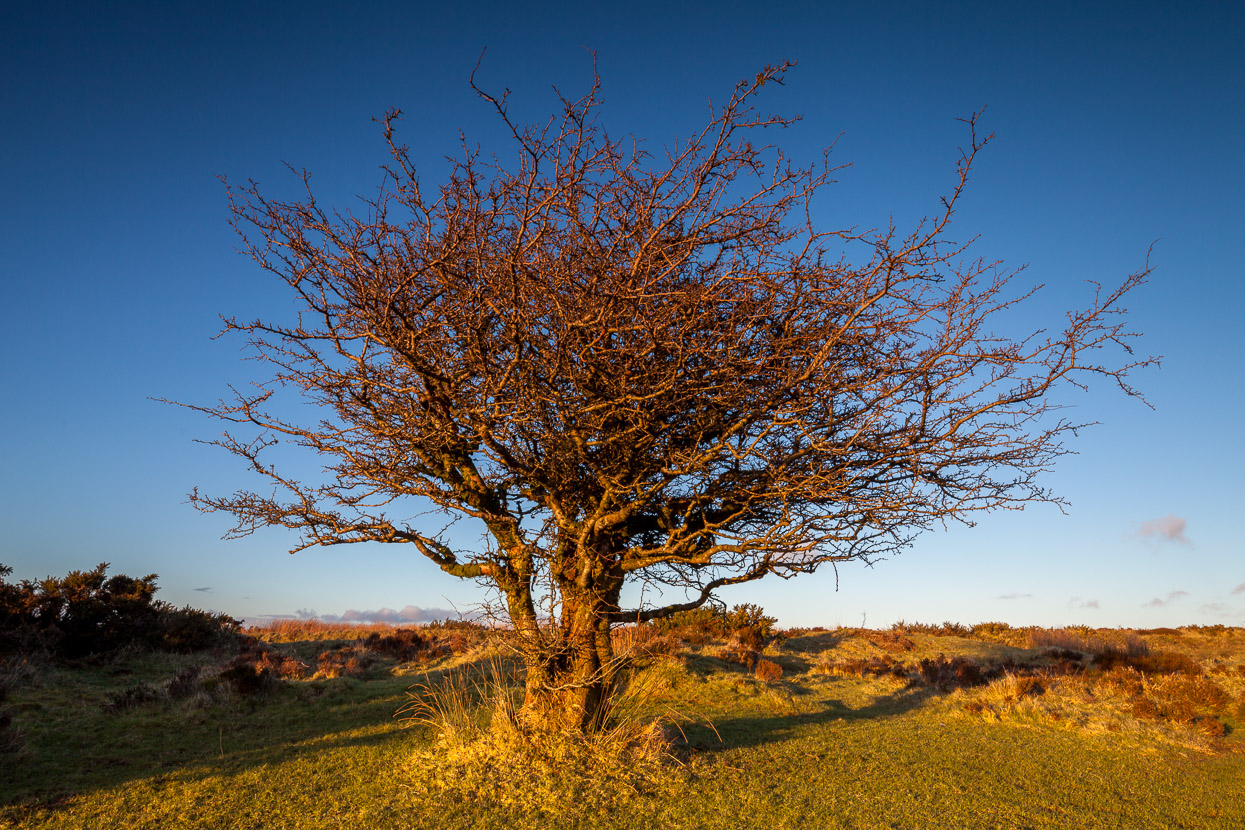 I headed to Winsford Hill

After photographing the river and bridge I headed to Winsford Hill to capitalise on the setting sun. I often visit this hill but think that it has so much to offer. I love the weather beaten trees on the hill. When we got there, this one was capturing the golden hour light in its branches which looked quite nice. 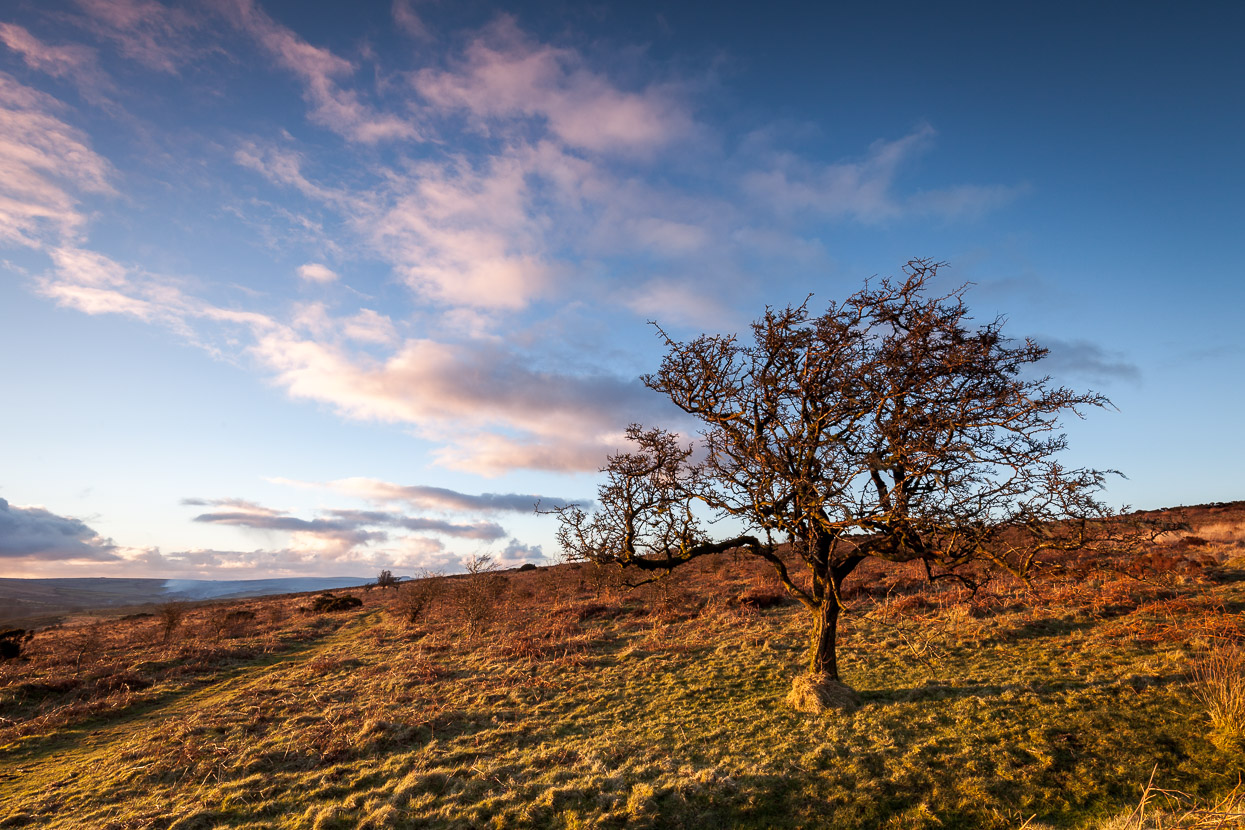 The approaching sunset illuminates the tree on Exmoor

As sunset approached I wandered around the sunny side of the hill, looking for trees that I hadn’t photographed yet. I quite like this tree that I came across as the hill was bathed in the rich coloured sunlight only found during the golden hours. I loved how the branches were capturing the light, as were the clouds. 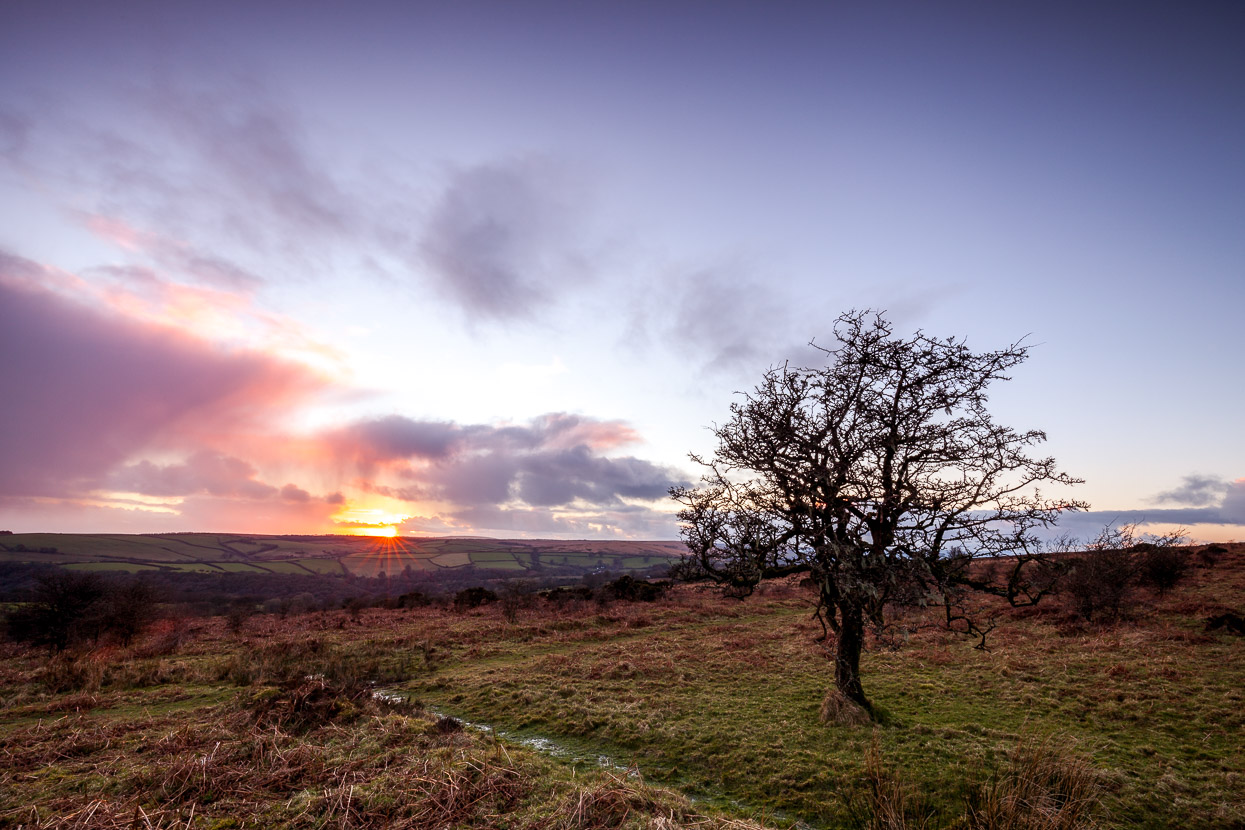 As the sun finally began to set over Exmoor I recomposed my photos of the tree above to include the setting sun. From this angle the tree, while nice just wasn’t as inspiring. The sunset was a little bit of an anti-climax due to intermittent cloud cover; I had to try to capture the moments in-between. The clouds on the horizon were quite dynamic, with distant rain and a wide range of shapes and sizes which I quite liked. The large cloud on the left of the shot obscured a large proportion of the sun setting. I liked how it caught the sun’s colours as the sun began to breach the horizon above the unmistakable British countryside.

Getting Wet Feet on Dartmoor