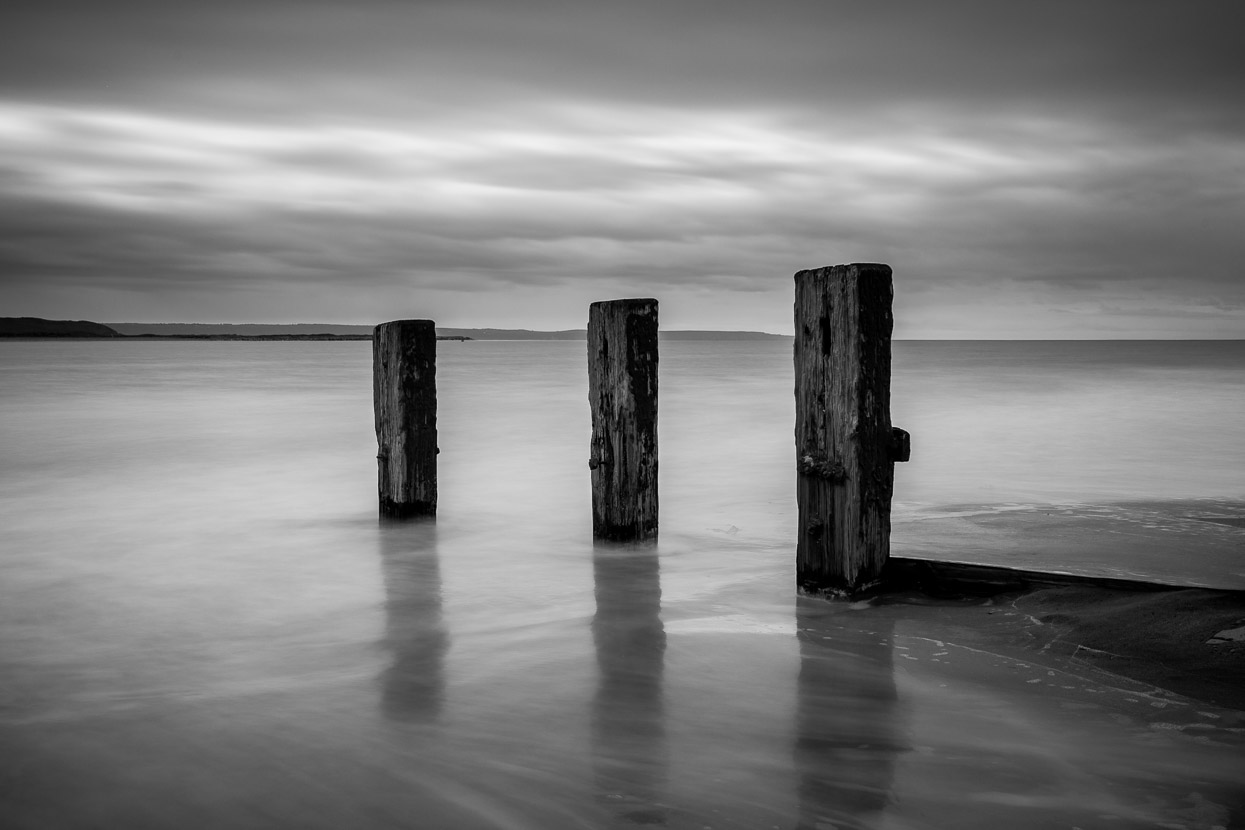 An Afternoon at Crow Point

I didn’t get out much with the camera for most of the weekend; finally venturing out for an hour this afternoon to Crow Point in North Devon. The level of cloud meant I needed to find something suitable to photograph without taking my usual jaunts to Dartmoor or Exmoor national parks. A quick check of the tide showed that it should have been getting high around 4:15 pm. I thought I would try my luck taking photos of the groynes that nestle along the beach.

When I got to the beach after walking through the sand dunes at Braunton Burrows I was relieved to see the sea lapping against some of the groynes, although I would have liked a slightly higher tide ideally. I was going to use my 70-200 Canon lens to try to isolate some of the groynes against the ocean but I couldn’t find the right adapter ring for my Cokin Z Pro filter holder for love or money. Thankfully I had my wellies with me so I had to opt for a change of plan and shoot with my Canon 16-35 instead and get a lot closer to the water.

The picture I took above is of some of the groynes while looking across the bay to the point of westward Ho! and Hartland point beyond. It was a 30 second exposure at f10 using the Format Hitech 10 stop filter. 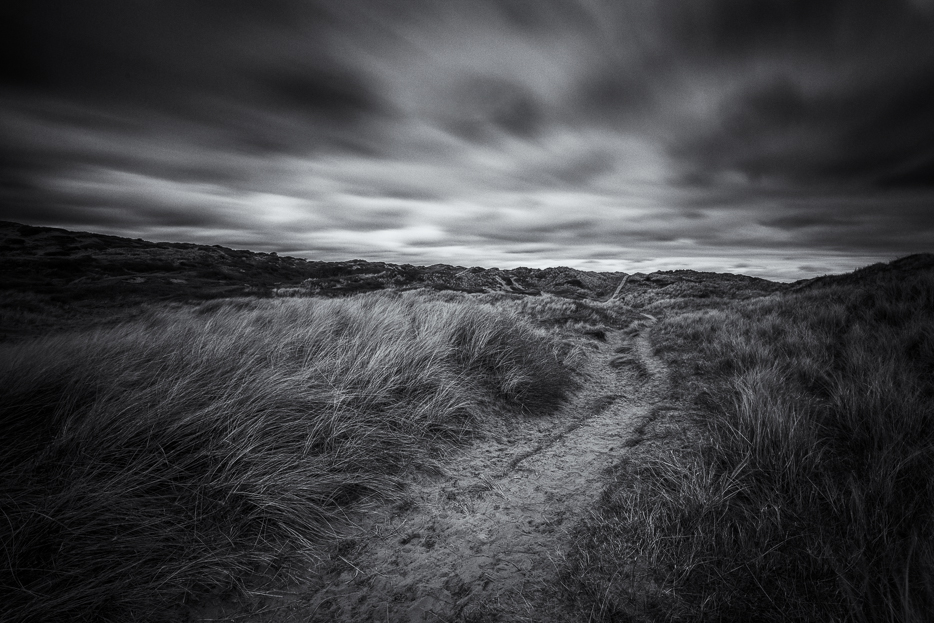 A track leads into the distance at Braunton Burrows – North Devon.

The path winds its way through the sand dunes

I got a couple of photos of the groynes using several different compositions. Then decided to head back home for a well earned bacon butty. On the way back I took this photo of the path that winds its way through the sand dunes of the Braunton Burrows. I really like the burrows; they are quite spectacular. I would like to return to them quite a bit so that I may try to capture the character of the amazing landscape. This was a 70 second exposure at f10 with a focal length of 17mm. I was hoping the grass blowing in the wind would have been more obvious; I guess I will need to try again with stronger wind. 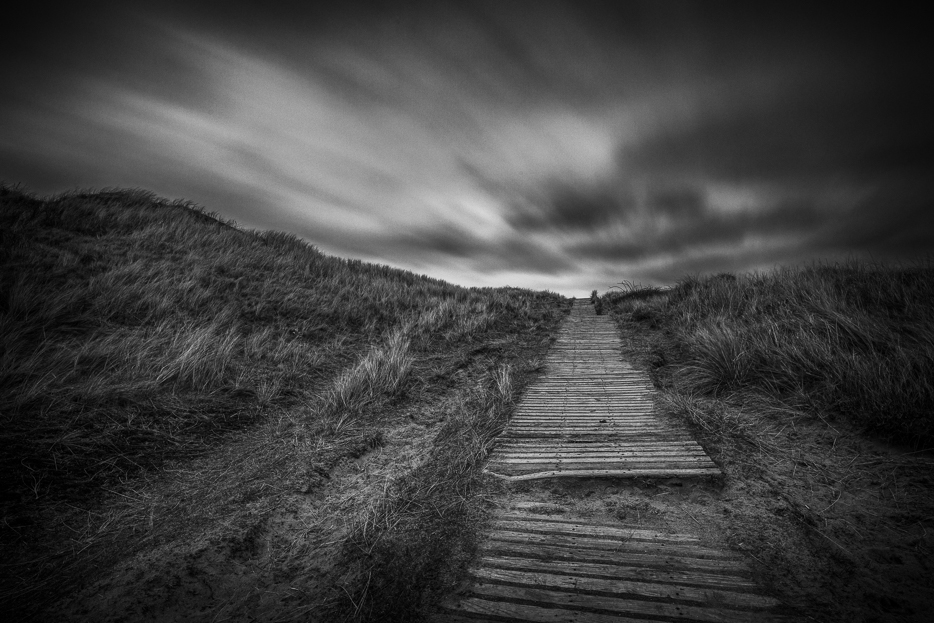 This is one of the last photos I took before I called it a day. There was a break in the wooden track which I liked that leads through the sand dunes. I wanted to capture that and show the path on the hill of the dune as it disappeared into the distance. I like that the path is much more dominant in this image. This was an 85 second exposure at f10, with a focal length of 20mm.

While the photos make the place look bleak and deserted, it is actually quite busy. The area is popular with locals, especially on a Sunday afternoon, which makes photographing some parts challenging. On the whole it was a nice bit of fresh air and I got a few photographs so I can’t complain, although like most photographers I would have liked much more!

A Cold Day on King’s Tor

A Sunny Morning in Brixham

Dawn in the Fog on Dartmoor