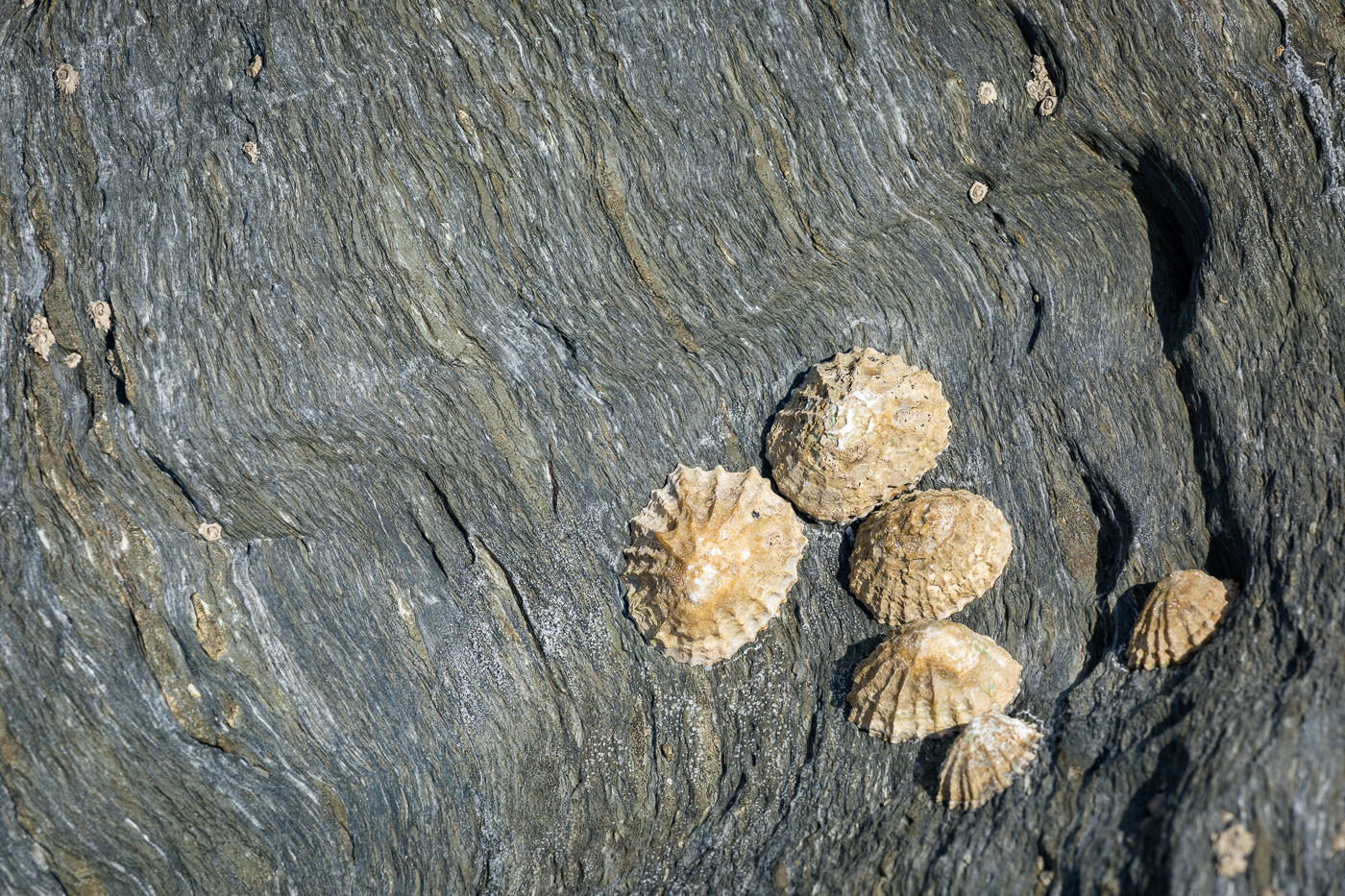 Among the Rocks at Lee Bay

Lee Bay in North Devon is a stunning little village that has a nice dramatic beach and coastline. It has stunning rocks formations and when the tide ebbs it has nice golden sand. It has a lot to offer and even has free parking! I headed there during the day for my first camera outing for a while. I wanted to challenge myself to take photographs beyond the traditional scene that is often captured there of the bay in full. The tide was out, which meant there was a large amount of the rugged rock formations to explore. Looking for interesting compositions in the rocks I found this little cluster of limpets in the photo above. They were on some rock that have a beautiful pattern and texture. I like the contrast between the two. I used a Lee circular polariser filter to reduce the glare of the afternoon sun.

Quartz in the rocks

There is a lot of quartz in the rocks at Lee Bay, with several veins of it running along the rocks in parallel. I spent a lot of time looking for compositions that I liked of it until I found the one below. I like the texture and simplicity of the image when you view it initially, but then notice the limpets and other details after. 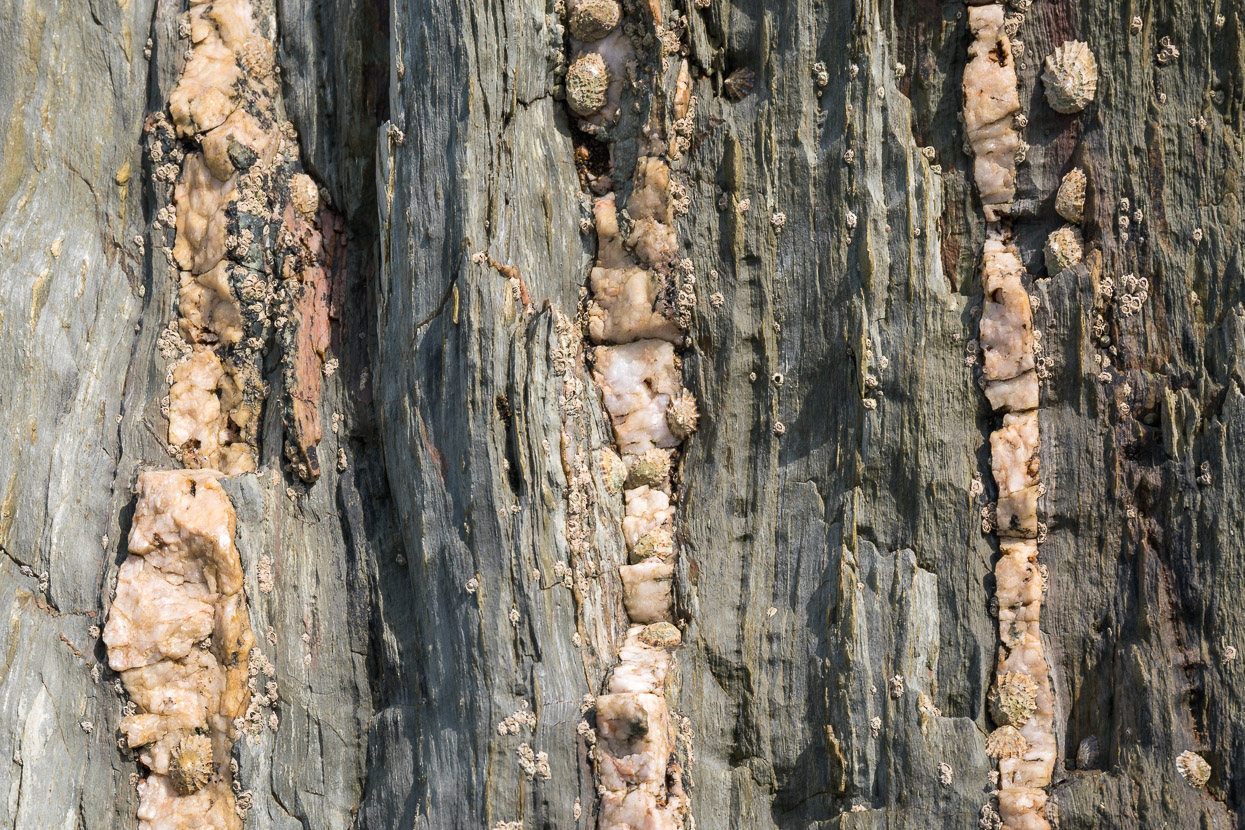 Quartz in the rocks at Lee Bay

I captured some wider scenes of the rocks too and might post them in another post. Coastal photography has always been something that I have really enjoyed. I look forward to returning to Lee Bay and many of my other local beaches to capture more intimate details.