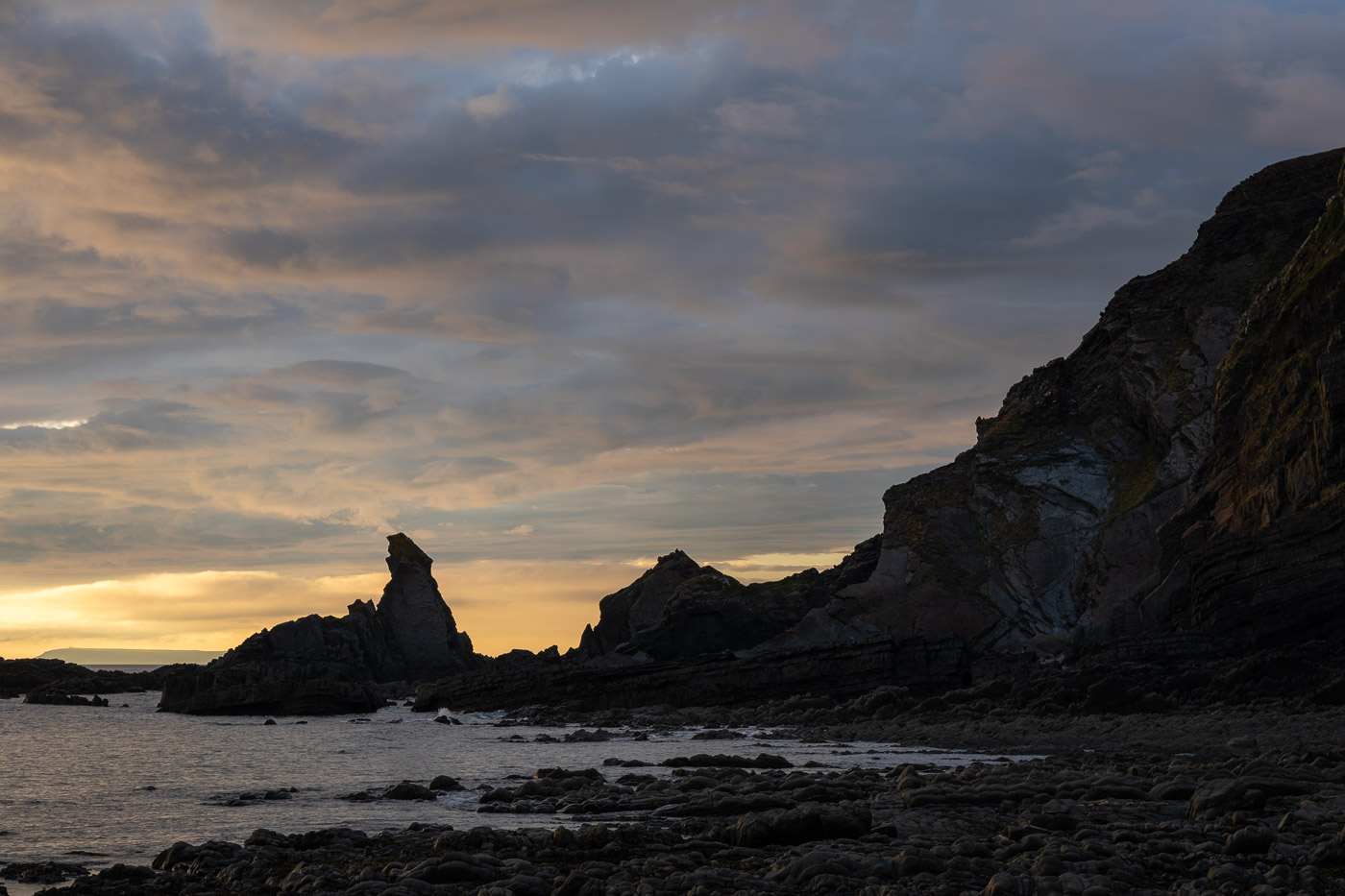 A View from the Bay, Hartland

Hartland Quay is an iconic photography location with good reason. It is a stunning part of the Devon coastline. I saw this composition almost immediately on a much earlier visit to Hartland Quay. However, the light has never been such that I could capture something that I was happy with. I love the prominent rock tower that imposes above the horizon, only dwarfed by the cliff side.

As the sunset approached the sky provided a wonderful display that hinted of the things to come. The stormy sky was full of character. The whole scene reminded me of something out of childhood films such as Jason and the Argonauts. The cloud looks like it is billowing from the rock stack, as though magical. Suddenly a beautiful bay on north Devon could be some far-off alien world. The imagination is a wonderful thing.