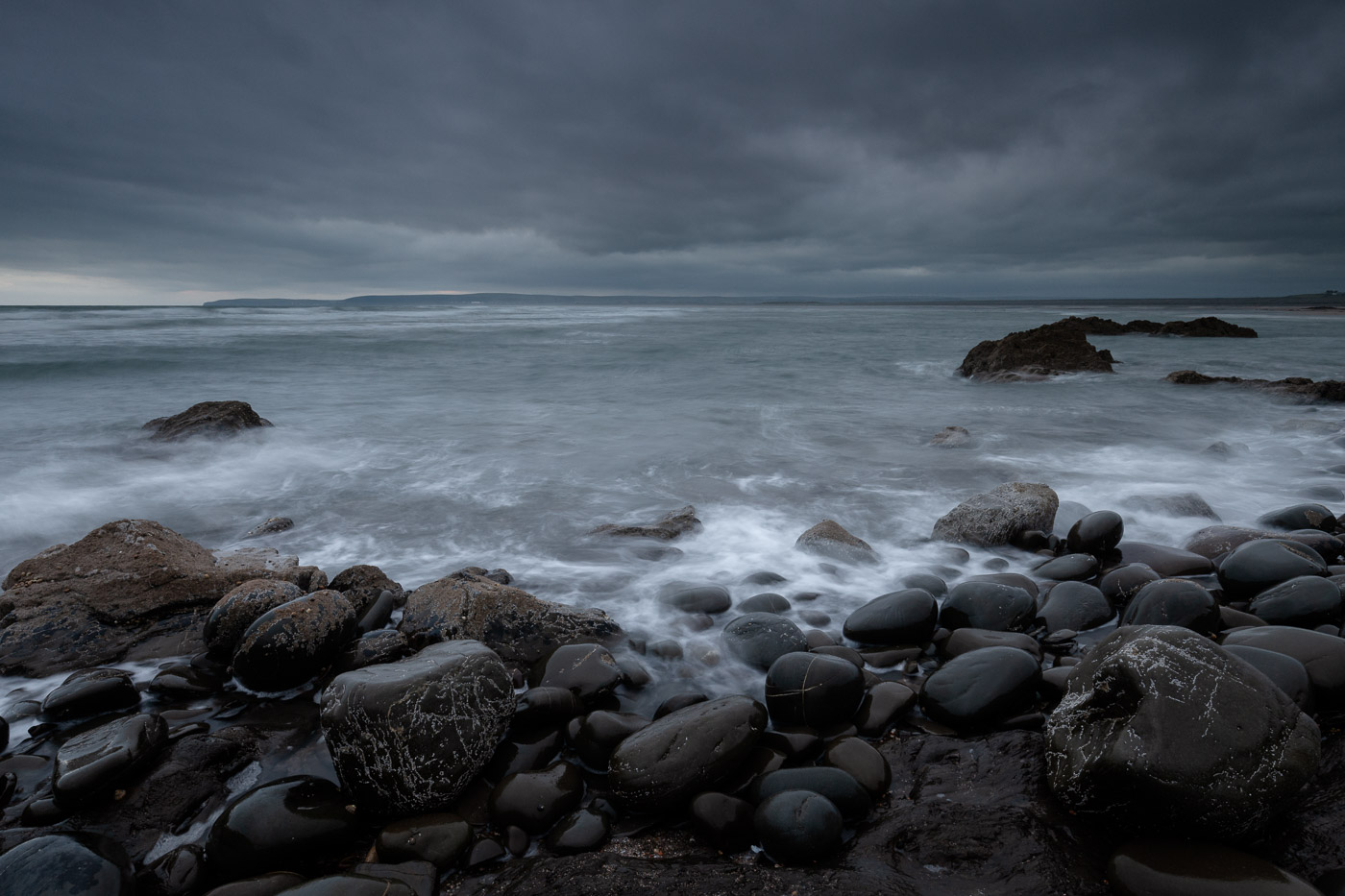 I checked the local webcams to get a glance at the conditions. When heading out to photograph seascapes I like to make use of webcams whenever possible. I check the weather and the tide times; However, there is no substitute for a quick cursory glance of the actual place you are thinking about visiting. The scene I could see on the Westward Ho! webcam revealed loads of potential. There was a thick band of cloud obscuring the sky apart from a band parallel with the horizon. I was hoping for a huge sunset that would illuminate the base of the clouds so grabbed my camera gear and headed out.

Getting to Westward Ho! 20 minutes later there was now cloud on the distant horizon. It was nowhere near as thick as the rest of the cloud, but it was just enough to hold almost all the sunset colours at bay. I made my way out to meet the ebbing tide and capture  seascape photos. I had to be careful as the sea was quite lively, with the surf regularly reaching further up the rocks than you would expect for a receding tide.

The stormy looking sky and surf meant that I could capture quite seascapes that showed the energy in the sea. I love to capture some of the motion and energy of the waves where possible; although misty long exposures are nice too at times! I’m really happy with this image. I love the mood and the textures everywhere, from the dynamic sea to the sky and multitude of rocks.