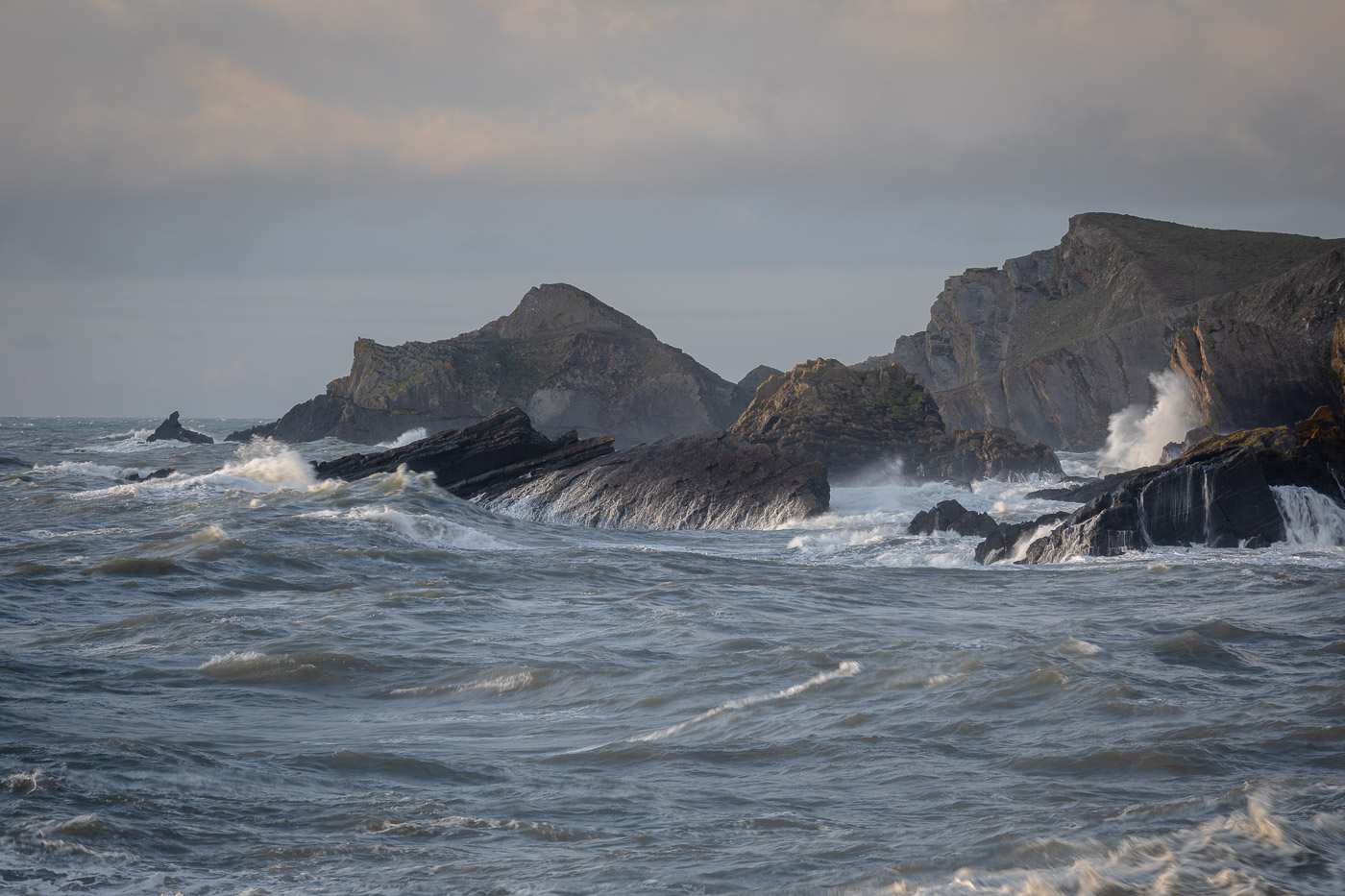 The weather hasn’t been great the last few days. Determined to make the most of a small window I met up with a friend at Hartland Quay to photograph the stormy sea. Arriving at the car park my enthusiasm doubled as soon as I saw just how dramatic the sea was. The tide was approaching its peak and the waves were huge. In the main image above you can see the waves crashing up the huge cliffs along the coastline.

We headed down towards the slipway that leads down to Hartland Beach at low tide. The waves were crashing a good 30 to 40 feet into the air and over the edge of the slipway. In the image below you can see one of them towering above onlookers. 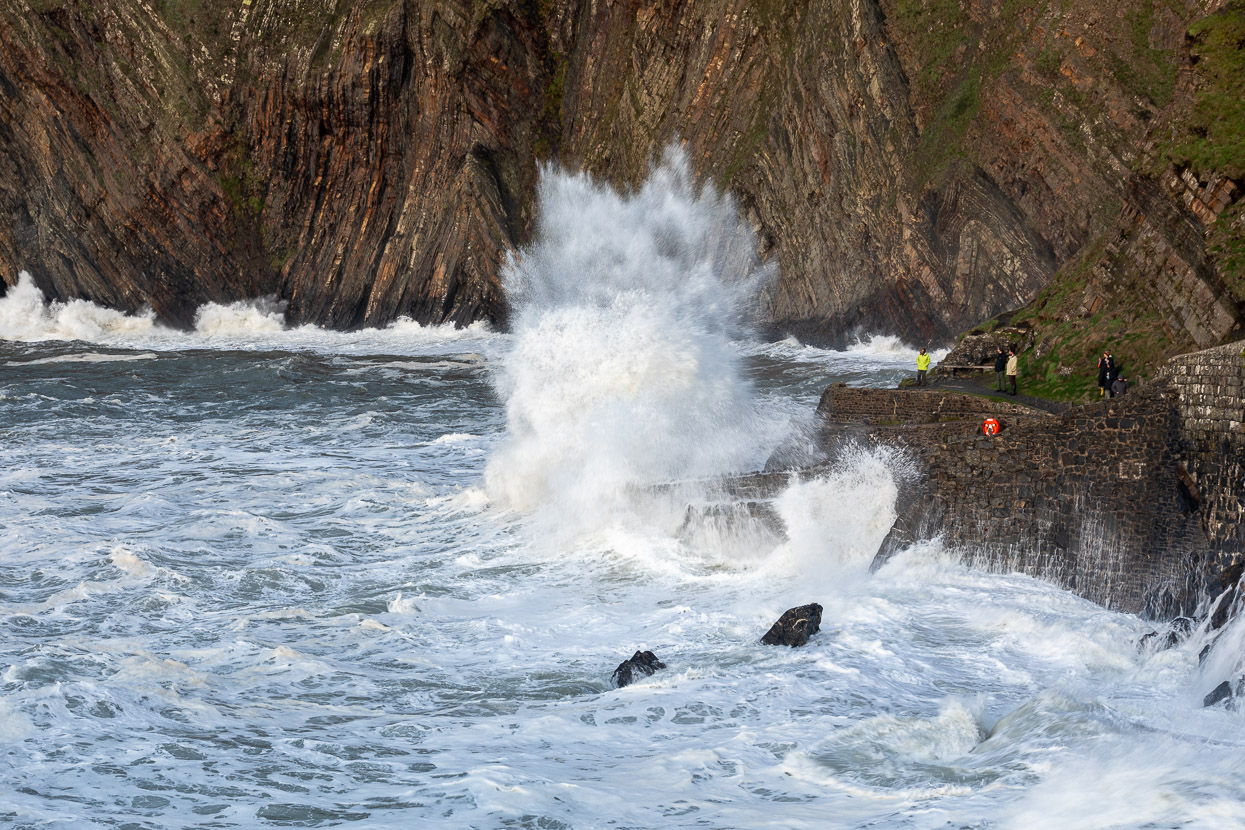 I was originally shooting from slightly to the right of the above photo. I allowed plenty of distance from the crashing waves. However, I got caught by a huge rogue wave as it crashed into the air above my vantage point. It was surreal. The water seemed to pause in the air momentarily. I instinctively took a step back; camera shutter release still in my hand. I didn’t have time to grab my camera and tripod though, which met the full force of the falling wave.

My heart sank as the water was pouring off my 5D Mark IV and 70-200 mm lens, although I think it amused the onlookers and reminded them of the sea’s reach. This tested the weather sealing on my camera gear for sure and am pleased to say it passed with flying colours. I guess that is the benefit of using a professional level camera and lens that is built for a more rugged life.

An immense amount of sea spray

As the sun set, I made my way around the headland to capture some of the evening colours. I photographed the waves as they battered the cliffs. It is difficult to show any scale without people, but these rocks are huge. This photo was taken from the top of a cliff. The sea spray was just hanging in the air, with each wave adding to it as it crashed against the rocks. Frantically wiping my filter every shot, I tried to capture the scene before me. However, it was a losing battle. As the light faded, I made my way back to the car happy to have witnessed the power and grace of nature. I wasn’t however looking forward to cleaning the salt off all of my camera gear!