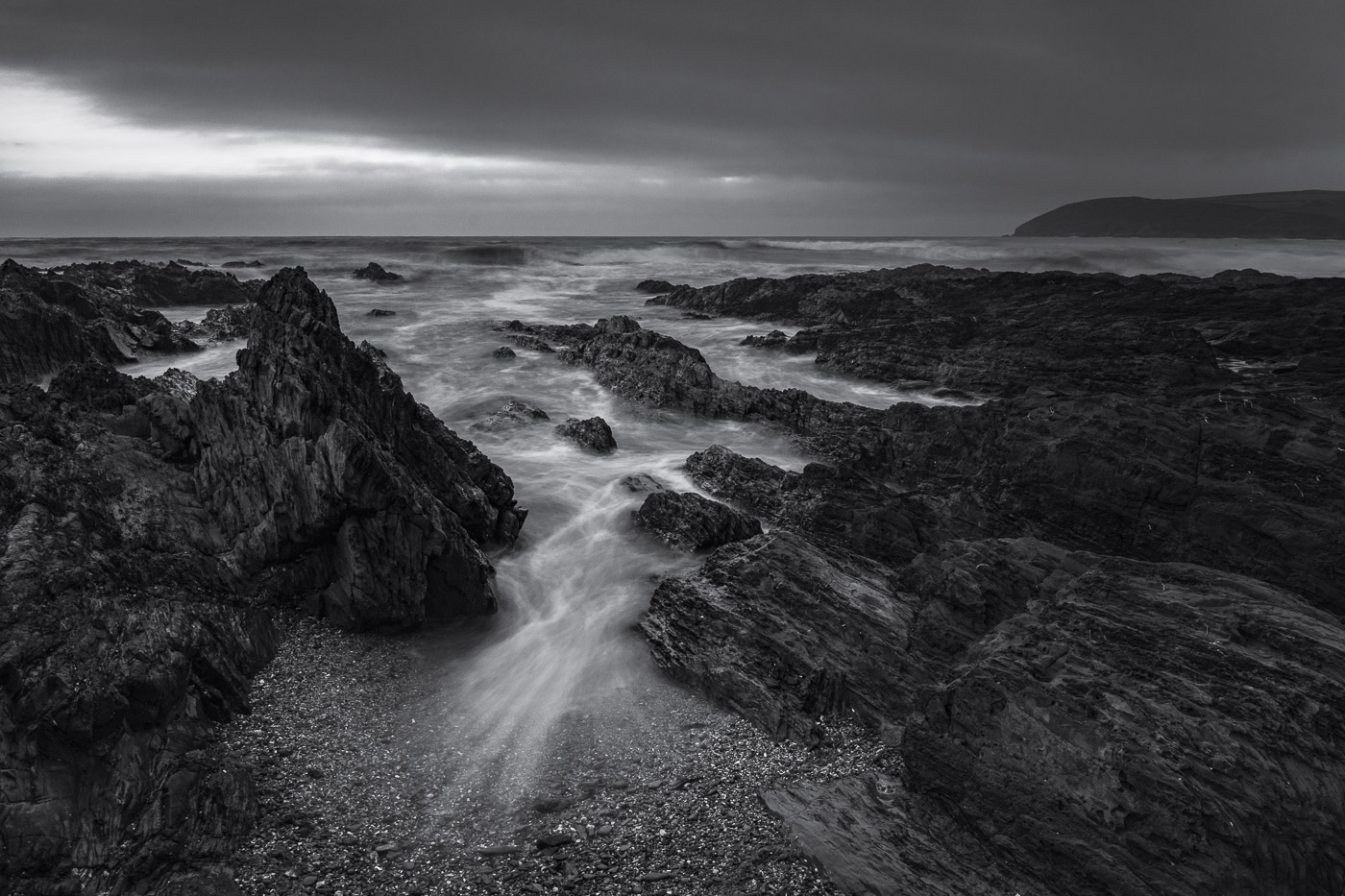 I headed to Croyde Bay last night to see if I could capture some nice seascapes during the golden and blue hours. The light looked a little hit-and-miss when checking the local webcams. There was a band of cloud on the horizon that could put paid too much of the light. I went anyway hopeful that there may be a small window of opportunity.

The sunlight never managed to break through the cloud although there were patches of colour in the sky. I photographed a couple of different seascape compositions into the blue hour. This image was shot about half an hour after the sun had set. I had to raise the ISO to eight hundred to allow me to use a shutter speed that captured the motion of the waves. I like the subtle colours and the way that darkness is tightening its grip on the bay. If you like to photograph seascapes, sandy beaches, and amazing surf, Croyde is one place you should visit.

Among the Rocks at Lee Bay