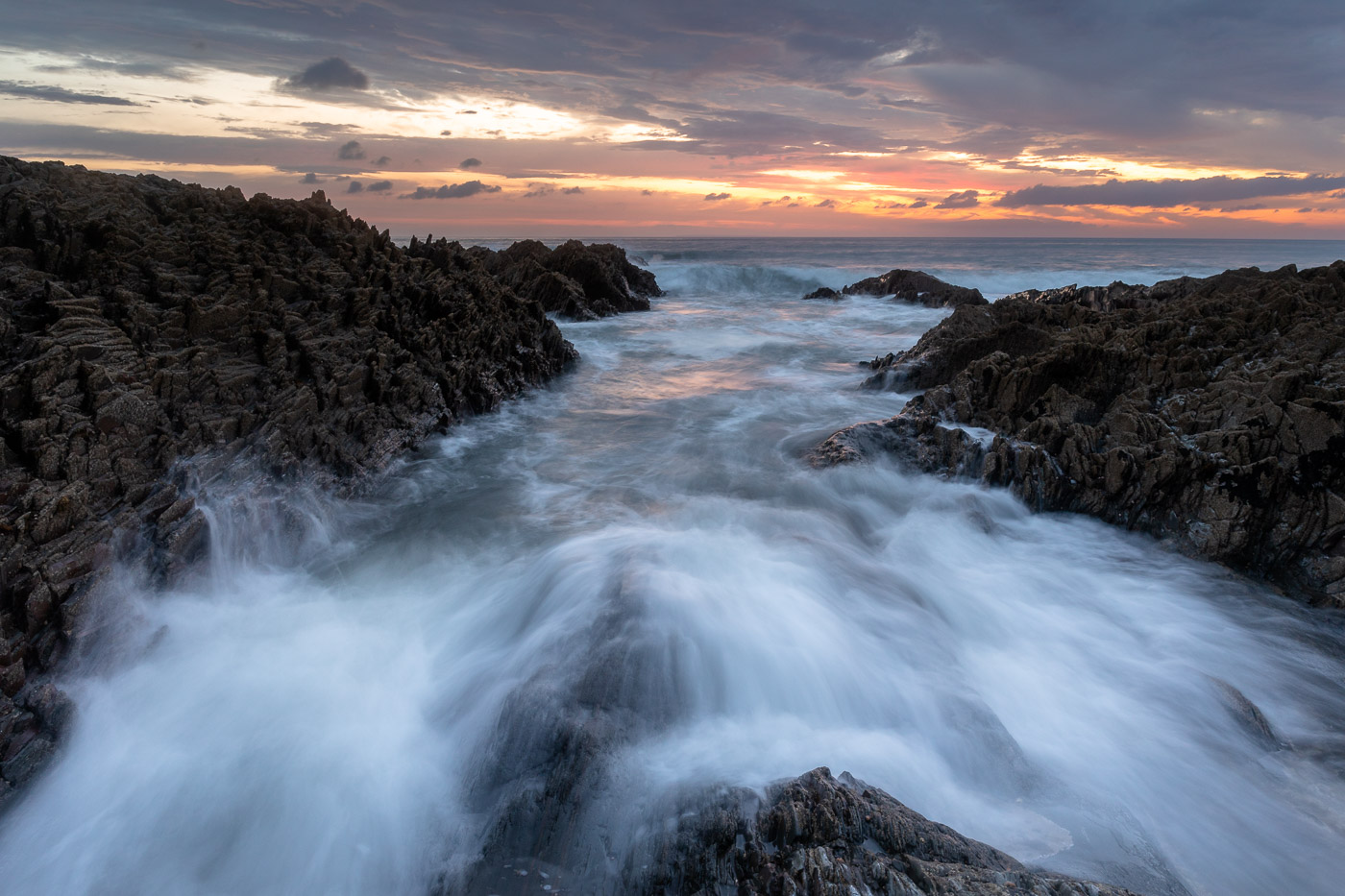 Heading to Westward Ho! I wasn’t entirely sure what to expect on the hottest day of the year so far. The clouds looked stormy on the North Devon webcams before I left. There were also random lightning strikes in the area as the evening storms formed over the UK. I was either going to get some great stormy seascapes, or a break in the clouds and some nice light.

Once I arrived it was looking very promising that there was going to be some light in the golden and blue hours. The sky was very chaotic (due to the nature of the weather I guess) and the tide was on its way in. I prefer to follow the tide out to discover fresh compositions as the water level drops. I managed to capture a few nice shots during the sunset. After the sun dipped below the horizon I relocated to a channel in the rocks where the waves were flowing into it. This is one of the images I took there about 20 minutes after sunset. I love the texture of the rocks and the motion of the sea as the water crashed over the rocks, even splashing me and my camera.

Some clouds were being illuminated by the sun below the horizon. I was hoping that the scene was going to get even more dramatic, but it didn’t happen. I still drove home very happy that I had a couple of good shots in the bag.

A View of Lundy Island