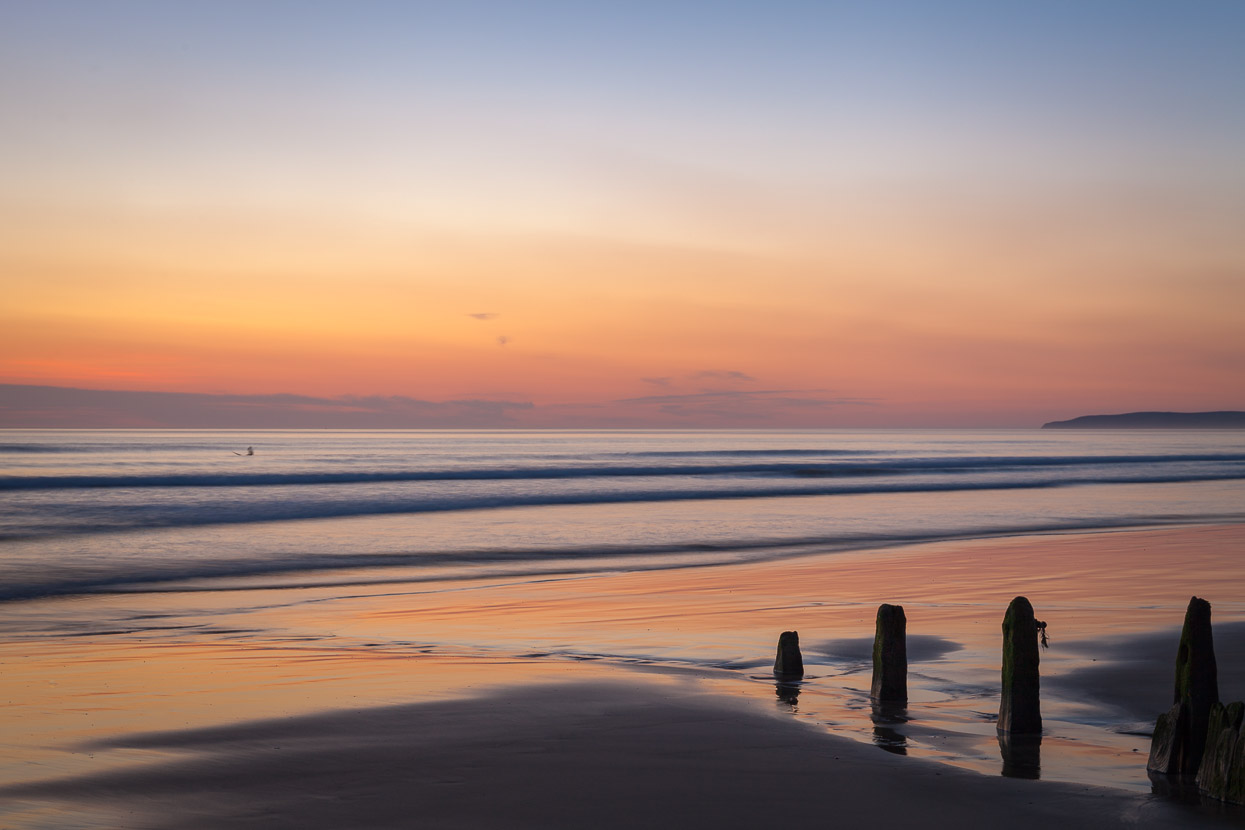 As I drove into Westward Ho! I could see band of cloud that was obscuring the horizon, spelling a potential end to a reasonable golden hour. As the sun dropped behind it thankfully the sky became illuminated with lovely hues of orange. The spring tide was finally beginning to ebb, leaving some beautiful colours and patterns in the freshly exposed sand. With a hustle of activity due to the bank holiday, a truly serene scene played out before me, even down to the lone surfer waiting for their next wave.

The calm before the storm

With the weather being so calm it was hard to believe that not too many hours later an immense thunder storm was going to pass over Devon. I saw the storm hit the south coast of the county on lightningmaps.org, and found the temptation too much. At 1 am I was getting dressed again and heading out to watch the show! 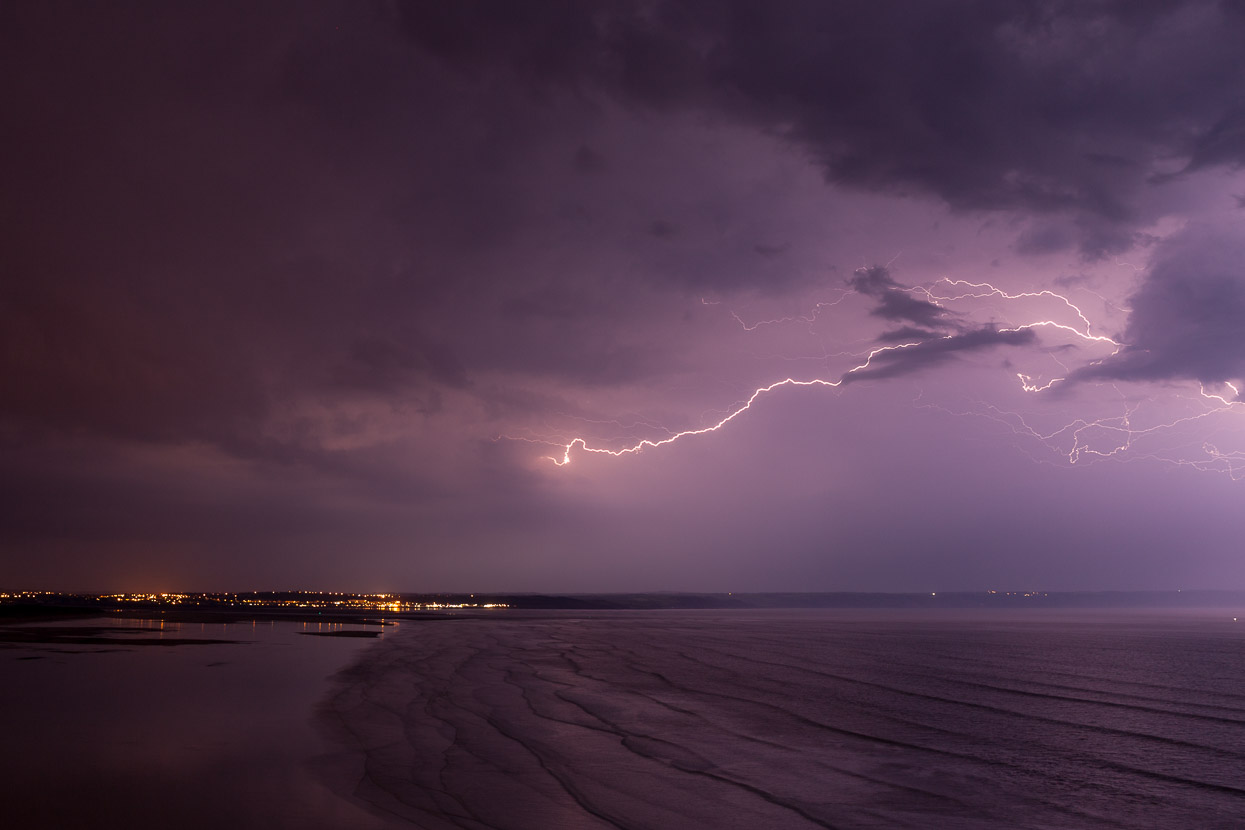 The storm was one of the most intense storms that I have seen in years. Watching it was amazing, and as a bonus I managed to capture a few good images of the lightning. The BBC used a couple of them on their news website. I am glad to know I am not the only person who was excited about the storm, having met several other photographers capturing the storm too!