A sunny morning in Brixham 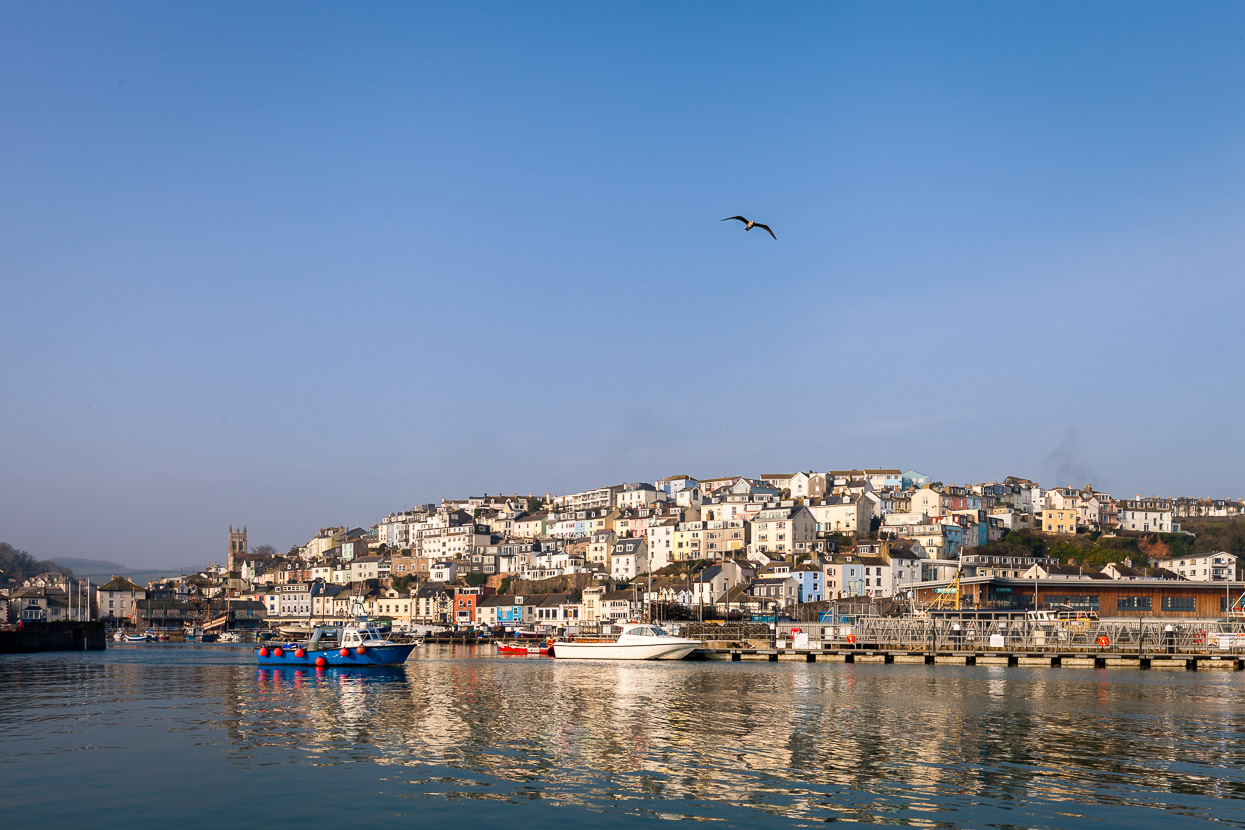 A sunny morning in Brixham

My alarm started to go off at 4:30 am. This was already cutting it quite fine for getting to the south Coast of Devon for the sunrise. Thankfully I pulled myself out of bed at 4:40 on the 3rd alarm; luckily, I was the only one aware of due to them being on my fitbit which is silent. This photography trip was going to be a first as I had never taken any of my children out at the crack of dawn before. Oddly they normally opt to come out for sunset! I was happy to see my son pull himself out of bed and begin to prepare for the day.

Due to small delays we were late heading out of the house and as we headed along the A361 and down the M5 motorway we saw some absolutely stunning mist and subtle dawn skies. I was gutted to have picked that day of all days to run late, although I was optimistic about the rest of the day which was set to be quite sunny. The plan was to photograph Brixham and then to head on to Dartmoor later.

Brixham was a picture of calm

Brixham was a picture of calm when we got there, with the morning sun promising a day of spring that weeks ago seemed forever away, coupled with the sound of the gentle waves lapping the shore of the small pebble beach by the breakwater. We headed along the breakwater to photograph the lighthouse at the end and the boats heading in and out of the harbour. Having grown up on the coast and worked on boats in the past I appreciate them with a notion of adventure and romanticism; I could quite happily imagine spending relaxing days on the deck of a boat. 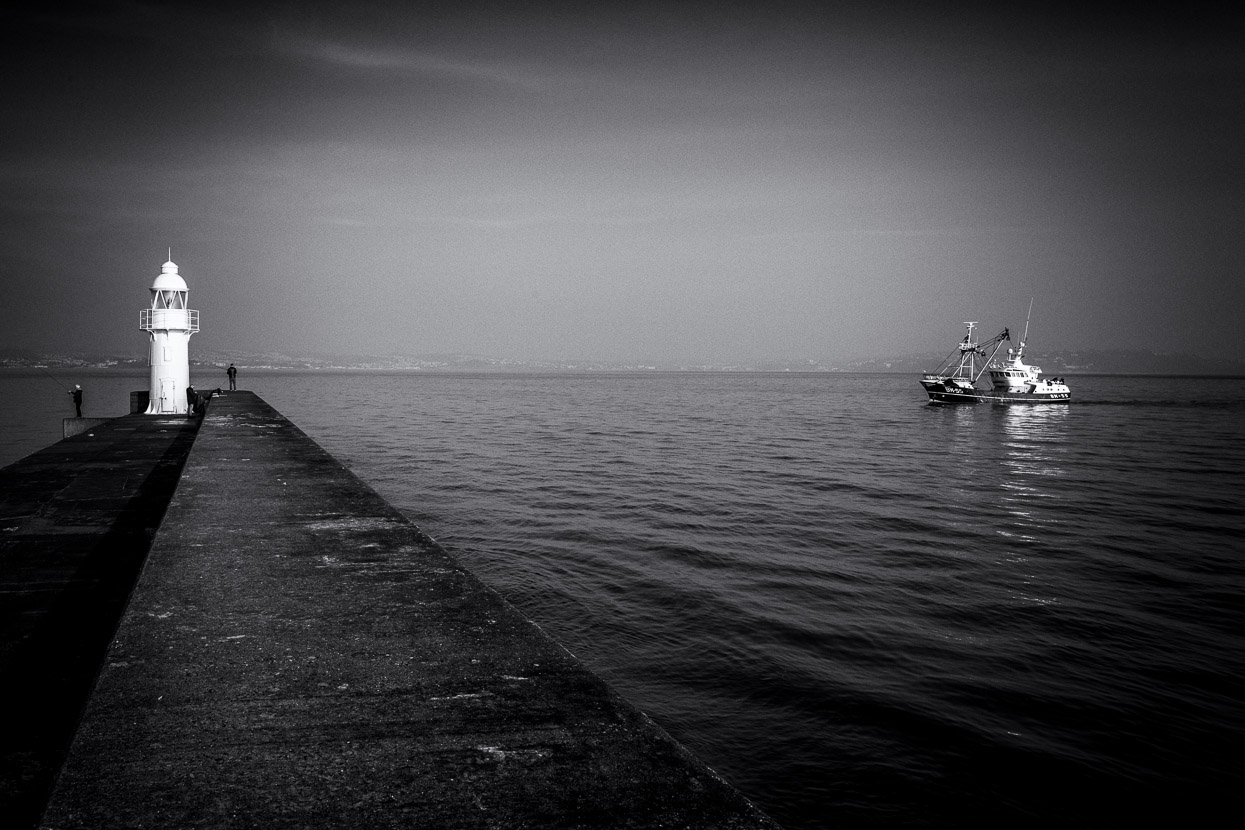 A trawler returns to port at Brixham Harbour.

As we got towards the end of the breakwater I began to capture different compositions of the lighthouse, which is always surrounded by people fishing. I think this adds to the composition and story in a lot of photos and is a more accurate representation of harbours than something that is desolate. I was quite surprised to see as many boats heading into port as were heading out, with several trawlers heading in, presumably to offload their catch. 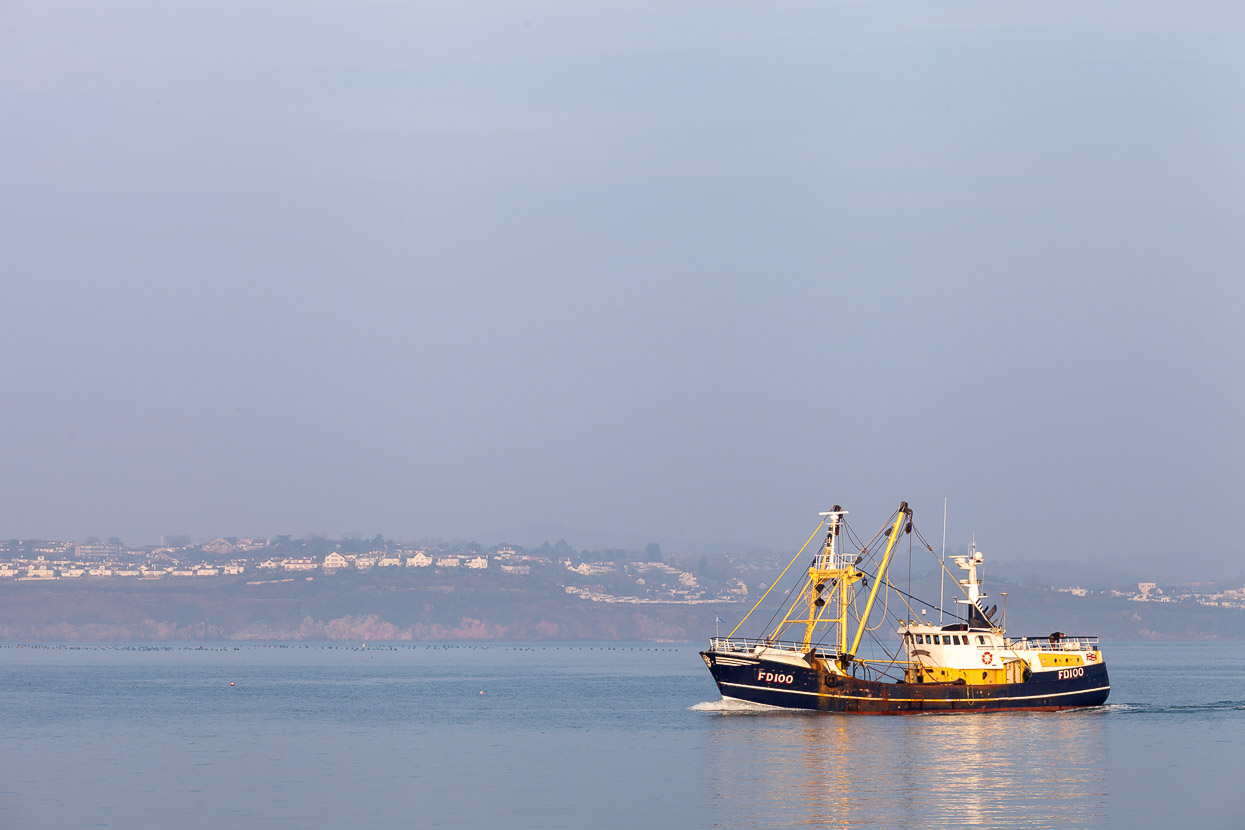 A fishing boat heads back to Brixham Harbour to offload its catch.

The early morning sunlight illuminates the west side of the harbour

After we took photos of the breakwater we began our walk around the marina and harbour. I like how the early morning sunlight illuminates the west side of the harbour and the vibrant buildings that look over it. It is hard to think that a lot of photographers don’t want to capture “chocolate box” images. However, it is often these images that are used to promote a place, and adorn postcards and magazines. Just the other day, I realised how I have got into a bit of a routine of only wanting to shoot at the peak times of day. Now I have resolved to be less preconceived, especially if I want to expand my portfolio of coverage in publications.

I’m a bit of a sucker for quaint fishing villages and harbours. I remember pictures of them adorning the jigsaw puzzles that my mother would do when I was a boy. I think that a lot of the UK coastline is often taken a bit for granted. While they may mean a day trip for ice cream to us locals, they are a key part of the travel industry, let alone the fishing industry; with people coming to see them all over the UK from all over the world as part of their holidays. 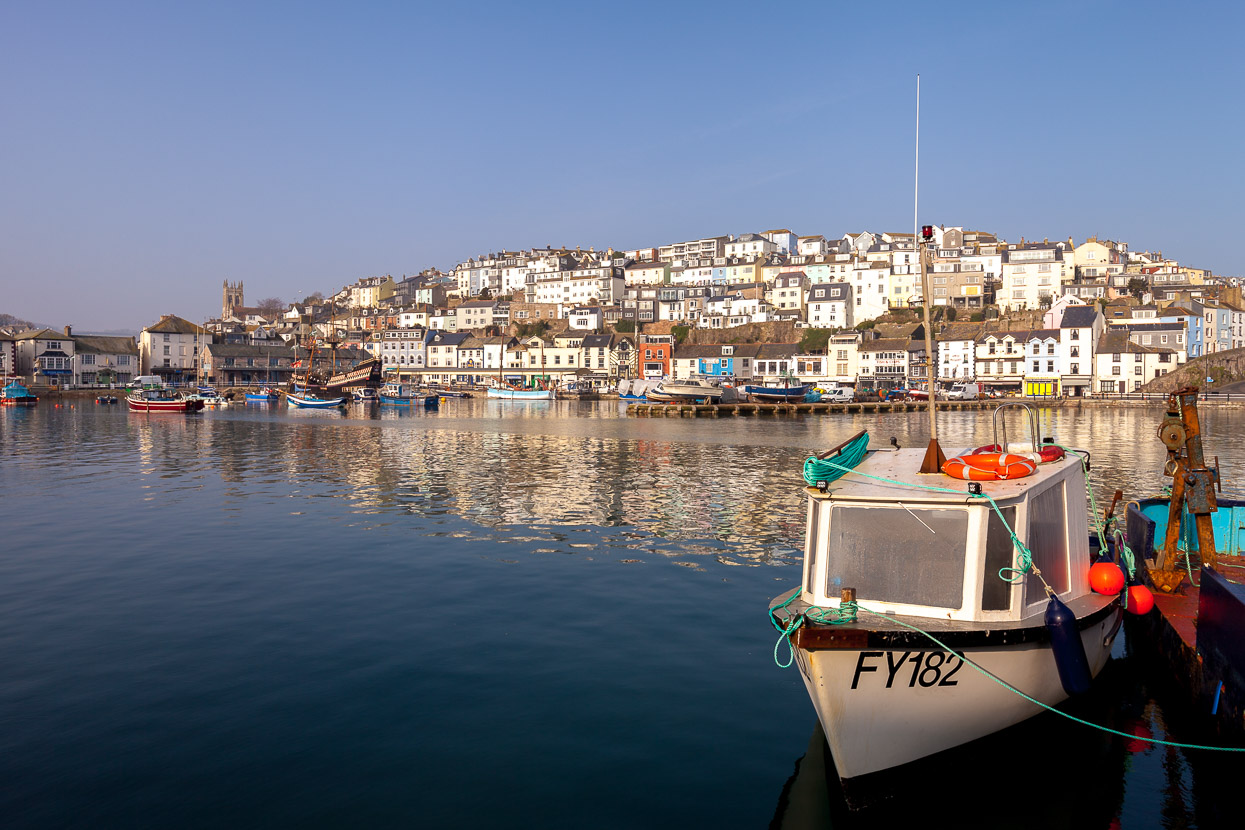 A small boat is moored at Brixham harbour.

I love boats moored in the harbour and marina vary; especially how they range from small quaint boats to charmingly robust commercial vessels. Taking pictures of places that will hopefully make someone want to visit there for themselves is something that I enjoy. 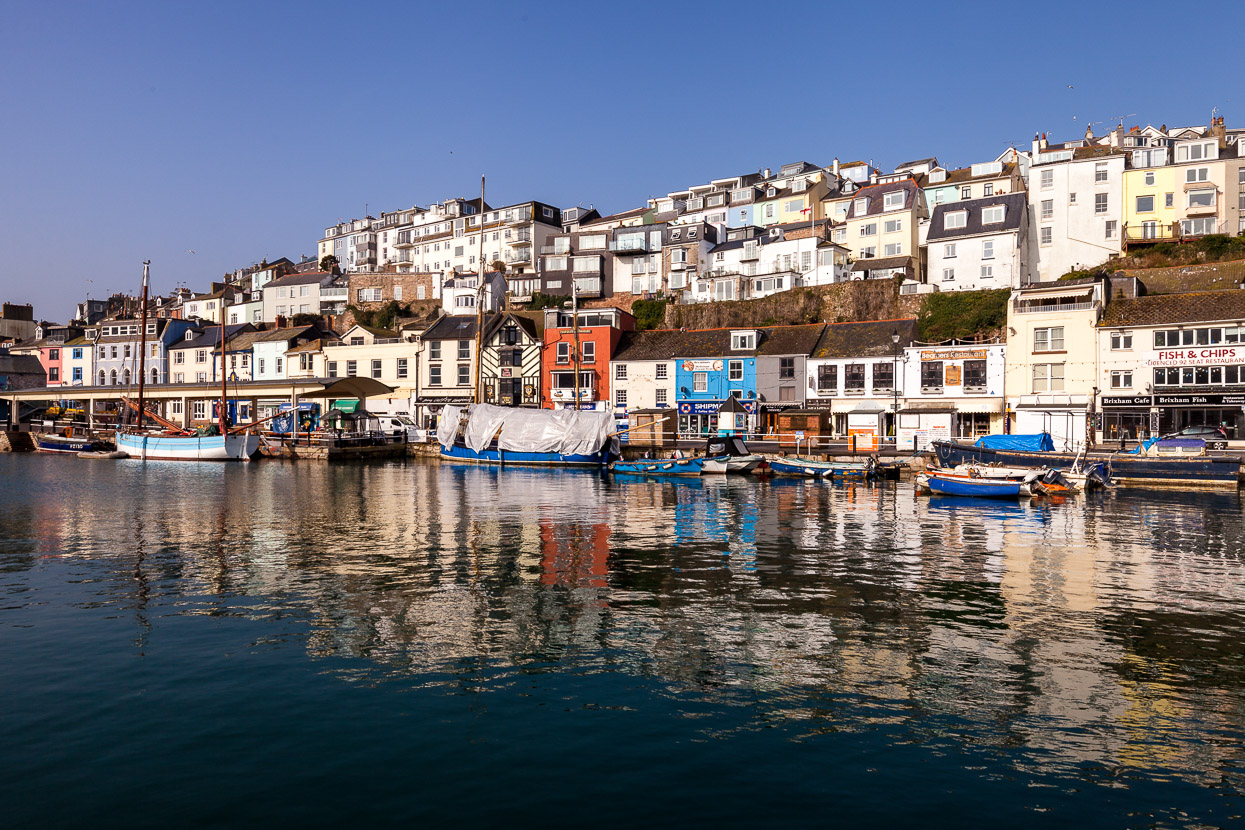 I really like this photo of the west side of the harbour; especially the near symmetry, which you would of course expect from a photo that includes a reflection. I think that it also represents harbours well too, especially when viewed larger; On a larger version when you begin to notice the fish and chip shop for which us Brits are synonymous. The shelter that sometimes hosts a small market, the shops and the range of boats, all add to the scene.

I had a great time photographing Brixham but that was just part of my day of photography this Sunday. I will write about the Dartmoor part of it in the next post.

Find out more about Brixham

If you would like to find out more about Brixham take a look at these information websites: